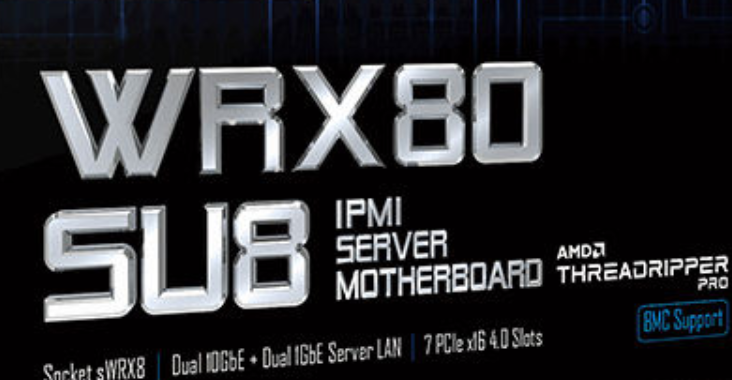 The first AMD WRX80 chipset based motherboard, the Gigabyte WRX80 SU8, has been pictured for Ryzen Threadripper Pro CPUs. The motherboard was leaked out by Videocardz and shows a design that is fully catered towards workstation enthusiasts and professionals with insane amounts of I/O options.

AMD unveiled its Ryzen Threadripper Pro CPUs back in July but since then, we didn't see any board or new platforms that offered support for it. Lenovo did announce that its ThinkStation P620 would be the first design to feature the Threadripper Pro processors but it is only now that we get to see this extreme workstation platform in action. With that said, let's take a look at the Gigabyte WRX80 SU8 motherboard in detail. 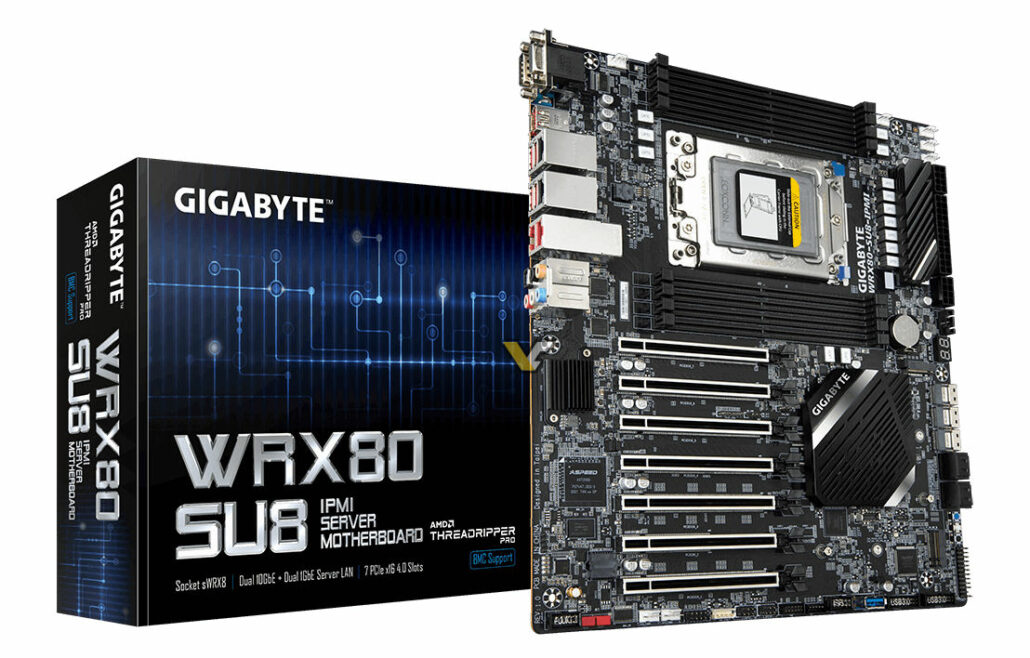 The motherboard isn't just an ordinary design and that is apparent from its CEB Form Factor. The SP3 socket on the motherboard is inverted horizontally rather than the traditional vertical position. The board carries a 10+3 phase power design, one which is powered up by dual 8-pin connectors & a 24-pin ATX connector. There are four DDR4 DIMM channels on each side of the socket and the board is listed to support 8-channel DDR4 memory with capacities of up to 1 TB. The max speeds supported by the board are 3200 MHz (RDIMM/LDIMM)

Both the WRX80 chipset, the VRMs, and the 10G Ethernet controller are cooled off by their own set of heatsinks. The WRX80 chipset is additionally equipped with an active cooling solution. Expansion on the board includes a total of 7 PCIe 4.0 x16 slots, all of which should be running at x16 link since the AMD Ryzen Threadripper Pro CPUs offer up to 128 PCIe Gen 4 lanes.

There are also four SATA ports and two M.2 ports. Internal USB ports include four USB 3.1 front panel headers. As for rear I/O, the motherboard carries dual 10GbE and dual 1GbE LAN ports, a range of USB 3.1 Gen 2 ports, DisplayPort/VGA/DVI outputs, and a 7.1 channel audio hack with AMP-UP audio technology. The board will support AMD Ryzen Threadripper Pro CPUs with up to 64 cores and 280W TDPs such as the 3995WX. Additionally, you will find some cool accessories with the board too such as a Thunderbolt Add-in card and an M.2 expansion card. There's no word on the pricing or release date of the Gigabyte WRX80 SU8 motherboard but we expect it in the market in early 2021.

In addition to the Gigabyte WRX80 motherboard, we are also getting the first reviews of the Lenovo ThinkStation P620 with AMD Ryzen Threadrripper Pro CPUs by Develop3D and PCMag. Lenovo can be seen using their own proprietary WRX80 chipset-based motherboard which features a standard workstation design compared to the more premium Gigabyte offering. 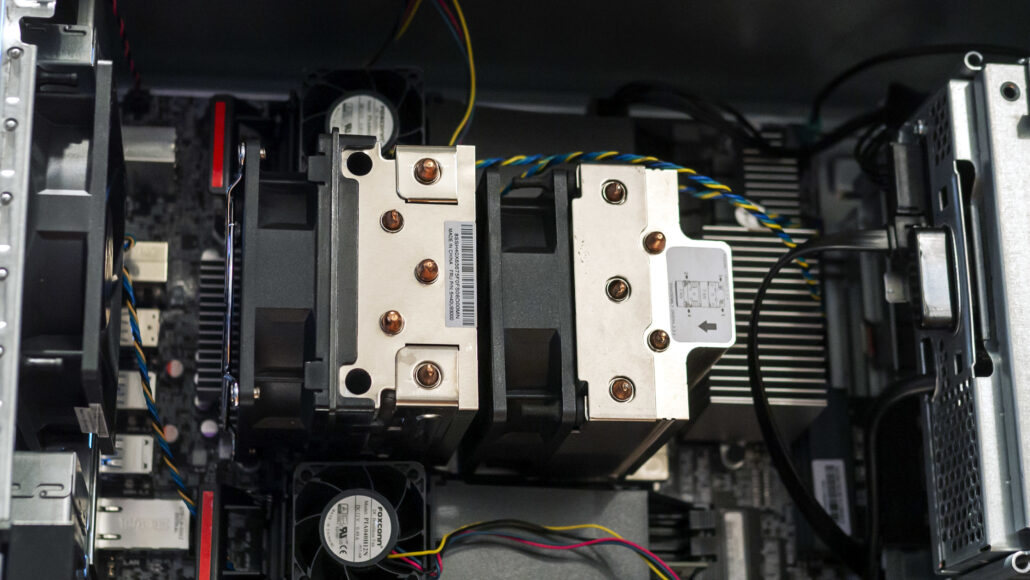 We can see that the board features the SP3 socket in the same horizontal position with four DDR4 DIMM slots on each side of the socket. The memory DIMMs are cooled off by active cooling which is something that the Gigabyte board was missing. There seem to be at least six PCIe Gen 4.0 slots but not all of them are full length. The motherboard has a similar power requirement which comes in the form of two 8-pin and a single 24-pin ATX connector.

A top-end configuration featuring the Ryzen Threadripper Pro 3995WX will set you back for over $10,000 US as listed over at Lenovo's official website. Develop3D reports that the AMD Pro lineup offers much better performance and value proposition over the competing Intel workstation chips.

The performance of this machine, particularly with the 32-core and 64-core Threadripper Pro CPUs, is incredible and even though Intel can compete in some high-end workflows with its dual Xeon CPUs, AMD wins hands down on price/performance.

While Threadripper Pro excels in multi-threaded workflows, in the grand scheme of things ray tracing rendering and simulation are relatively niche. Single threaded performance continues to be more important to the masses of CAD users out there, and Threadripper Pro isn’t quite there yet.

However, this is only just the beginning for Threadripper Pro. With its new ‘Zen 3’ Ryzen 5000 series, AMD looks to have taken Intel’s single threaded performance crown – and with the same architecture almost certainly making its way into the next gen of Threadripper Pro next year, the future looks incredibly bright for AMD in the workstation market. And with that in mind, it’s surely only a matter of time before other tier ones like HP and Dell follow suit. via Develop3D

PCMag also tested the Ryzen Threadripper Pro 3955WX and stated that it compares favorably with Intel's Cascade Lake Xeon CPU which is very impressive to hear. We will definitely be seeing more traction around the Threadripper Pro CPUs in the coming months as more OEMs and partners hop on board the AMD workstation train.