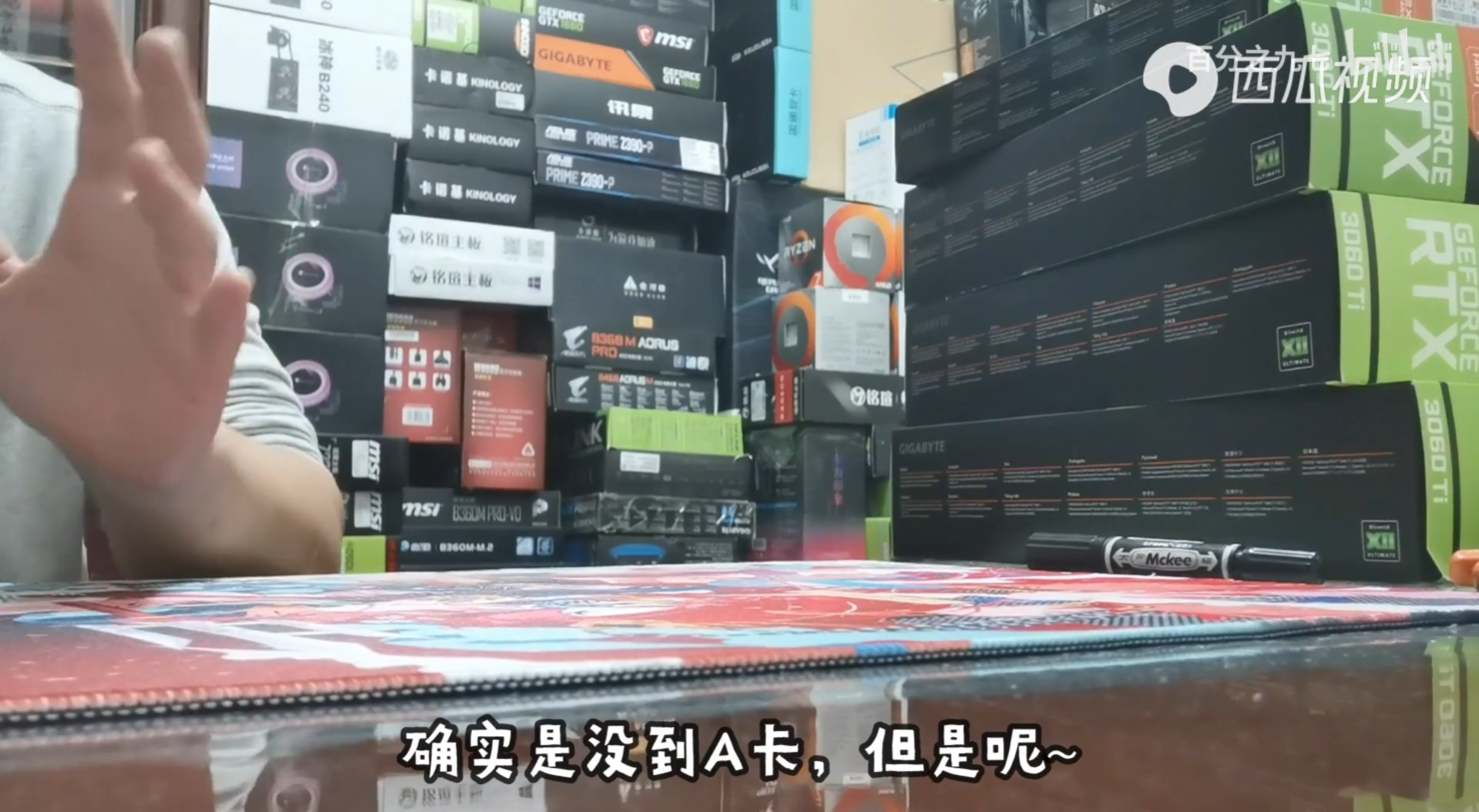 It looks like the NVIDIA GeForce RTX 3060 Ti is turning out to be one of the leakiest graphics cards of all time with several custom variants either being listed early on by retailers or being unboxed by many who already have the cards in hands (mostly retailers themselves).

A Chinese retailer has posted a full unboxing video of the Gigabyte GeForce RTX 3060 Ti AORUS Master, Gaming OC (PRO) & Eagle OC graphics cards. Both cards were earlier listed and leaked by online retailers & from the looks of it, retailers seemingly have no problem showing a full unboxing of these cards days prior to launch. The video posted at Bilibili (Via Momomo_US) can be seen below:

In the video, the China-based shop owner gives us a look at the three variants. First up, we have the Gigabyte GeForce RTX 3060 Ti Eagle OC which is a dual-fan and dual-slot design. The card features a custom PCB design and is powered by a single 8-pin connector. The card makes use of a heatsink that is made out of several aluminum fins and features four direct contact copper pipes. The back-plate extends beyond the PCB and has a cut out to vent hot air out of the back. The Eagle OC card in specific will come with a 1695 MHz boost clock.

The Gigabyte GeForce RTX 3060 Ti Gaming OC is a more premium model that makes use of a dual-slot and triple-fan cooling solution. The card features a much bigger aluminum heatsink and has a full cover backplate that has cutouts for the third fan to vent air out of. The graphics card makes use of a custom PCB and features a single 8-pin connector to boot.

There's also the Gaming OC Pro variant which makes use of an even higher-end cooler & heatsink design and incorporates it all within a 2.5 slot form factor. The card has a more powerful PCB and as such features a higher boost clock of 1770 MHz. The graphics card is powered by an 8+6 pin connector configuration.

Gigabyte also has the AORUS Master variant in the works which unlike the 4-slot RTX 3080/3090 design comes with a more tuned 2.5 slot design that was incorporated by the RTX 3070 too. The card features a 200W TGP and should be powered by an 8+6 pin connector configuration. It comes with a triple-fan configuration, RGB LEDs on both sides of the GPU shroud, and a triple HDMI and triple DisplayPort configuration. The AORUS Master will be the most expensive variant in Gigabyte's RTX 3060 Ti lineup and also feature the highest factory overclock of all models at 1800 MHz.

In addition to the Gigabyte GeForce RTX 3060 Ti lineup, Videocardz has spotted that Skytech who is a retailer based in Lithuania, has listed several GeForce RTX 3060 Ti graphics cards. The prices are far better than the one we got to see earlier but still not hitting the MSRPs that would be finalized by NVIDIA for the European region at launch. The graphics card can be seen as low as 463.00€ that is several 100 Euros lower than what was listed earlier. The prices are as follows:

A pricing histogram shows how the GeForce RTX 3060 Ti Eagle was listed originally for around 680 Euros but has now dropped to a price of 466 Euros which is more in line with the final MSRP. The NVIDIA RTX 3060 Ti is planned for launch on 2nd December and will be available in several custom variants at launch.