We have already seen the NVIDIA GeForce RTX 3060 Ti going on sale at certain retailers, confirming its existence long ago. The latest leak shows us a few custom models from Inno3D while giving us a full list of cards that MSI and ZOTAC are prepping for the upcoming launch.

Starting off with the Inno3D GeForce RTX 3060 Ti lineup, Videocardz obtained pictures of two RTX 3060 Ti models which include the iChill X3 and the Twin X2. The Inno3D GeForce RTX 3060 Ti iChill X3 comes with a triple-fan cooler that features an industrial look to it. The front shroud features a large metallic surface with matte black surfaces too. The side of the card has the large iChill logo embedded on the stylized RGB plate which has an acrylic surface. The card seems to be a standard dual-slot design and features triple-fan cooling with a total of 12 fan blades on each. Clocks are not mentioned but we are most definitely looking at a single 8-pin connector requirement to power the card. 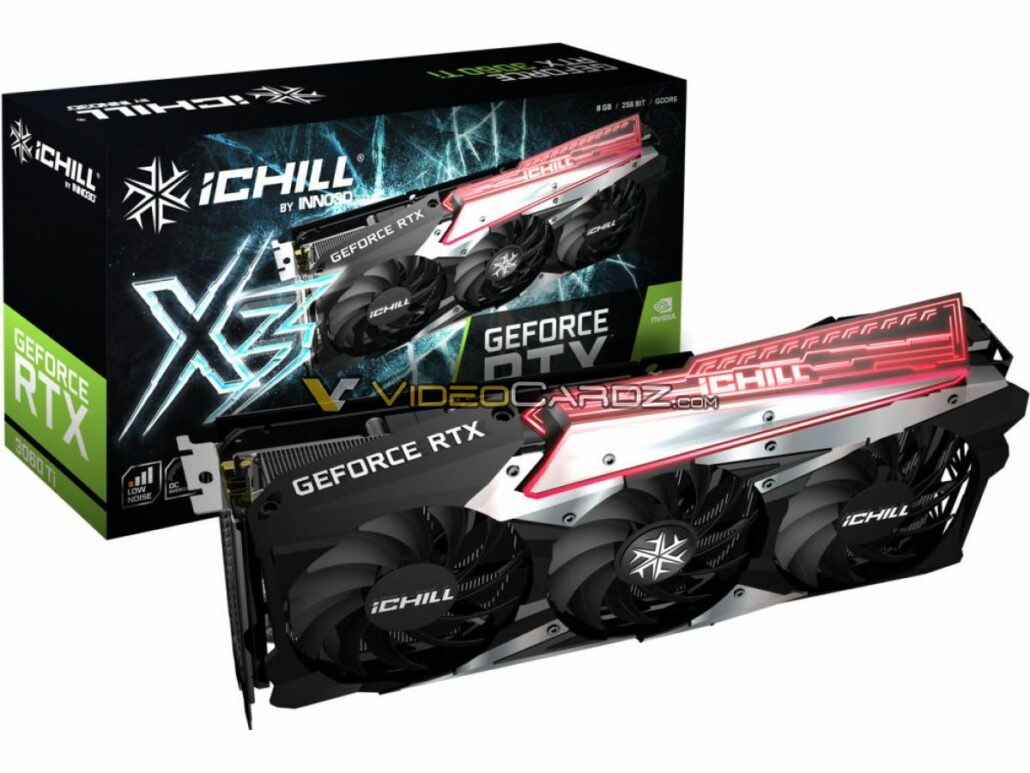 The other variant is the Inno3D GeForce RTX 3060 Ti Twin X2 which features a more compact dual-fan and dual-slot design. Each fan comprises 15 blades and the metallic shroud is colored in silver. The card features a large aluminum fin heatsink underneath the shroud while display outputs on the card include a single HDMI and triple DP ports. The Twin X2 should retail close to the MSRP & the iChill X3 should carry a slight premium. 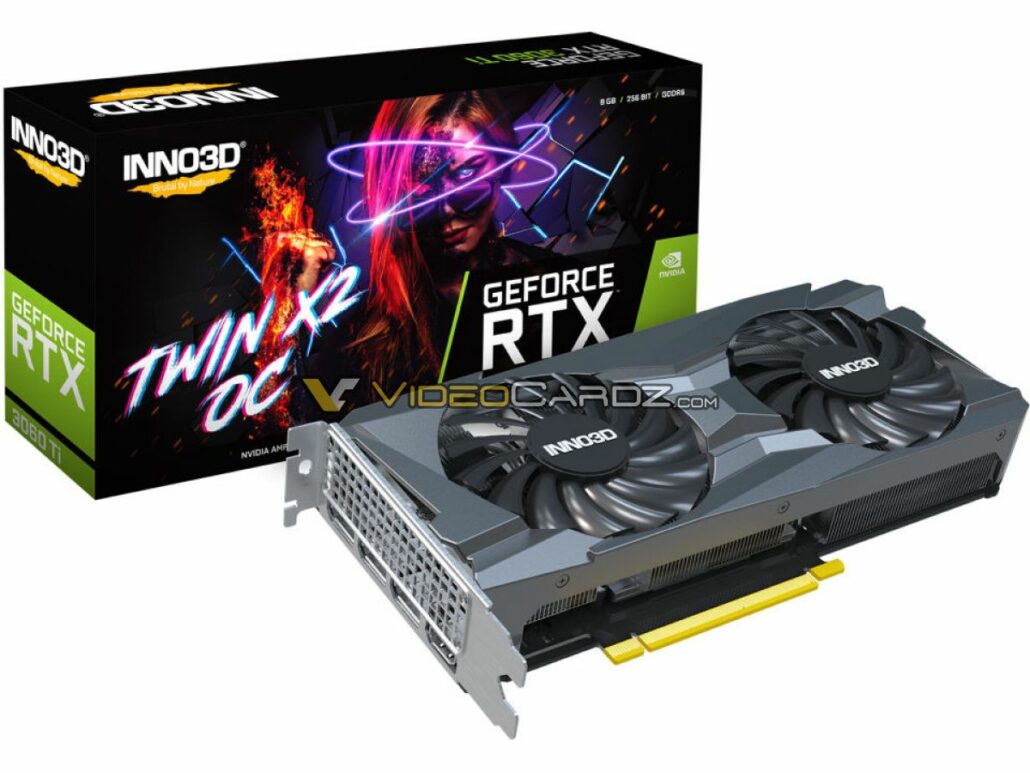 In addition to the Inno3D lineup, several other NVIDIA GeForce RTX 3060 Ti graphics cards from various AIBs were submitted to EEC. MSI is working on its Gaming X, Ventus 3X, Ventus 2X, and Twin Fan variants while ZOTAC is working on its RTX 3060 Ti Twin Edge variant. Following is the list for the cards (via @Harukzae5719):

The specifications for the GeForce RTX 3060 Ti feature the GA104 GPU which confirms that this is the second GPU to feature the said chip. There's no specific variant or SKU number mentioned but previous reports have hinted at the GA104-200 SKU for the GeForce RTX 3060 Ti. The GA104-200 GPU on the NVIDIA RTX 3060 Ti graphics card features 4864 CUDA Cores, 80 ROPs, clock speeds 1410 MHz base, and 1665 MHz boost. Based on the specs, the card should deliver an effective compute horsepower of 16.2 TFLOPs.