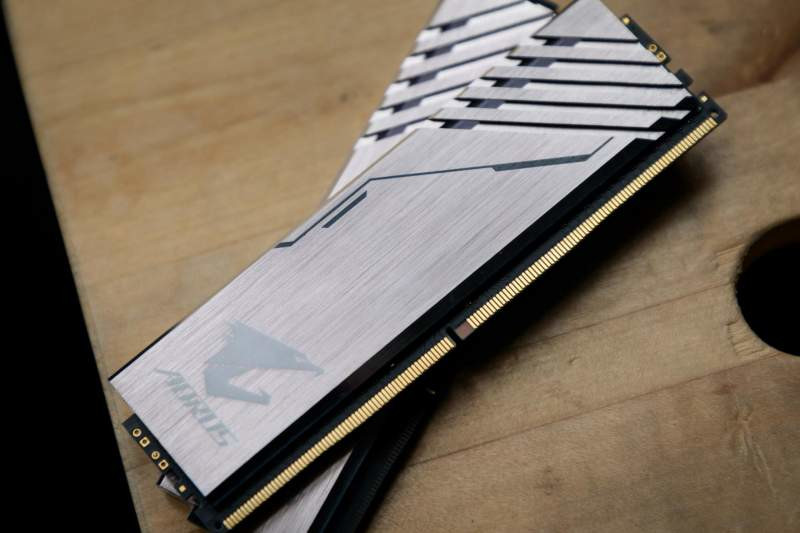 Gigabyte has thrown their hat into the memory arena, which isn't too surprising since they recently also announced an SSD a few weeks ago, though they have released lower end power supplies in the past, this is their first high end one to my knowledge.

The Aorus product line will expand into new territory this year with its first RGB DDR4 3200MHz memory modules. This new kit seems to have addressable RGB, as well as expected full RGB Fusion support. The really interesting thing about this kit is it features 2x8GB modules with two additional "Exclusive demo modules" these are basically dummy modules that just have an RGB functionality to fill your RAM slots for those who only need 16GB of dual channel but want the 4 DIMM look. Gigabyte says this is to keep pricing down while still maintaining the aesthetics users are looking for. 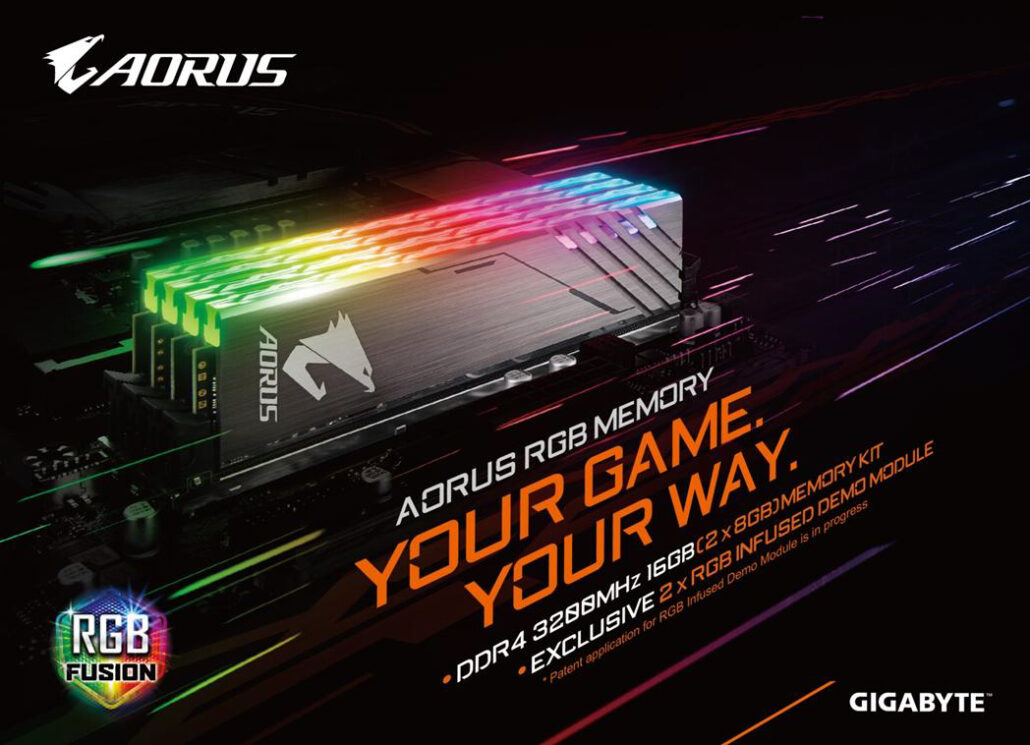 Gigabyte has also announced under its Aorus gaming brand that it will release an 850 watt and 750 watts Gold fully modular power supply that packs 100% Japanese capacitors, is fully modular and has a single 12V rail. it also packs all of the latest current protections to keep your system from burning out like a Rockstar in his 40s.

The Aorus brand has also extended to Mice as well with the M5 and M3 products. Both feature Omron switches, for the crispest and tactile feel in mice today, the M5 has 50 million click switches while the M3 has 20 million click rated switches. The M5 uses a Pixart 3398 sensor that boasts 50G acceleration and is adjustable in 50 DPI Increments to make the most finely tuned adjustments possible, although many of you will be using it at 400DPI anyways. The M5 also features adjustable weights to go from 118G to 130.5G to fit your personal needs. The M3 has a Pixart 3988 6400 DPI sensor, 20 million clicks Omron switches, the same RGB Fusion support and anti-slip rubber grips to keep your hands on track.

Aorus has also announced its gaming mouse pad lineup, the AMP 900 which is a large extended fabric desk-sized mouse pad, the P7 which is their RGB mouse pad (of course) as well as the AMP 500 and 300 which are smaller versions of the AMP 900.

Expect much more from our team live at Computex, as this is just the beginning of what is at Gigabyte's booth in Taipei!