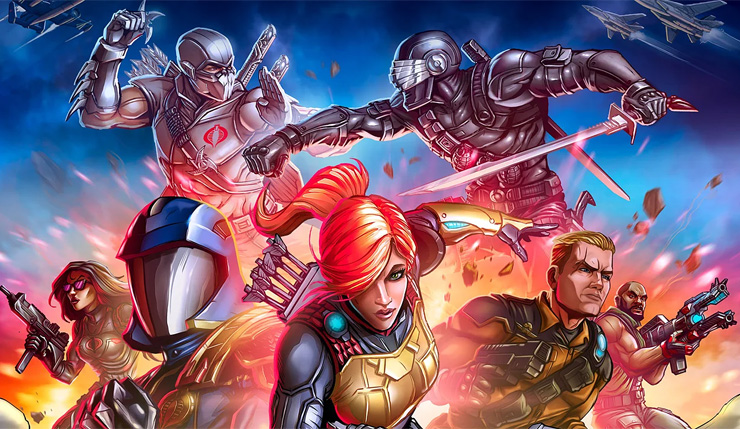 Get ready for a heavy artillery blast of nostalgia 80s kids, because an all-new G.I. Joe game is coming our way this year. G.I. Joe: Operation Blackout is inspired by the 80s Joe comics published by Marvel, and will feature favorite characters such as Duke, Snake Eyes, Cobra Commander, Destro, Roadblock, and Storm Shadow. You can check out a trailer for Operation Blackout below.

Yup, that’s a G.I. Joe game alright! There doesn’t seem to be an official press release for G.I. Joe: Operation Blackout, but according to IGN, the game will be a team-based shooter featuring 12 characters and 18 unique stages. The game’s campaign will include both single-player and local splitscreen co-op options, and there will be a number of PvP modes as well. A listing for Operation Blackout briefly popped up on the Best Buy website, providing this basic story synopsis:

G.I. Joe and Cobra are back! G.I. Joe Operation Blackout is a classic team-based third-person shooter game where you play as your favorite characters from Team G.I. Joe and Team Cobra. Experience the action from both sides as you help G.I. Joe restore order and lead Cobra to world domination.

Will G.I. Joe: Operation Blackout actually be a good game? That’s a pretty big question mark. The game is being developed by Game Mill Entertainment, who mostly do mobile games and licensed stuff like Cartoon Network Battle Crashers and Nickelodeon Kart Racers, which…don’t tend to review well (to say the least). That said, I do dig Operation Blackout’s retro vibe, so who knows? Maybe the game will be worth checking out, provided the price is right.