Asymmetric games are nearly always a cult favorite amongst a particular audience. The heady, confusing, and completely unbalanced days of Alien vs. Predator 2 and Timesplitters 2 infection mode inspired a generation of players. The modern lockdown beating efforts of Among Us and the countless multiplayer horror games vying for attention have carried the wavering torch into modern times. But none of them are Ghostbusters, are they?

Ghostbusters is a universal brand. Everyone wants to do a destructive - but important (and legal) - job with their funny friends, and most people would be willing to get occasionally smiled at, possessed, or abandon their fridge to do so. But despite the general appeal, the franchise has not had a terribly successful run on games. Ghostbusters Spirits Unleashed, the new game that promises ghost hunting and ghost-haunting fun, promises to change all that, and at a glance, it completely succeeds.

Everything looks perfect. The firehouse, the proton guns, the jumpsuits, everything. While the low resolution of the 80s is gone, the studio behind the game (IllFonic, the same folks behind Friday 13th: The Game and Predator: Hunting Grounds) kept the retro-futurism of the technology and the gaudy colors of the era alive and well. As a team of four, you’ll be exploring several locations looking to stop the pesky reign of the ghosts dwelling there.

But Ghostbusters Spirits Unleashed has a problem. It’s a subtle one that many players might be able to ignore, but one that I think will gnaw at the back of their minds each time they play a game. And that is because Ghostbusters does not know what it wants to be. From the onboarding to the cartoonish design, Ghostbusters looks like a fantastic, child-friendly multiplayer game. Everything is brightly colored; the characters are all comically chirpy, and the ghosts look strange but not scary. But then there is the core gameplay loop.

Other asymmetrical games keep the mechanical process of winning pretty straightforward, but Ghostbusters is overwrought with things to do. Firstly, you must close rifts, which act as respawn points for any ghost that might be busted before its time. This is done using an iconic piece of Ghostbusters tech, which isn’t the proton gun, and therefore doesn’t have a name anyone actively remembers. While doing that, you’re also hunting the ghost, which you’re told you have to complete before it can ‘haunt the building’, although the meaning of this is completely vague. That means you have to use the proton gun to tether the ghost and drag it to a trap that you have to open to suck in the spirit. During this process, you also have to calm down civilians in the area who have not yet been evacuated for reasons I don’t fully understand. If they get too scared, they’ll flee, which raises the haunting meter. Ghosts can also create minions that must be found and destroyed and mold samples that can be collected.

Compare that to the instructions for probably the biggest asymmetric game at the moment, Dead by Daylight: Fix five generators, stay alive, and escape. Now, remember that Ghostbusters, with its extremely recognizable franchise, cartoonish design, and bloodless combat, is definitely at least partly aimed toward children.

All this aside, Ghostbusters Spirits Unleashed is a fun game. Matches are chaotic affairs that swing between mad-dash chases and frantic searches to find the ghost. It’s terrific fun that is sure to find a home in many friend groups rotation, but there’s just a bit too much of it. Nearly all tasks completed by the hunters are neigh-on impossible by yourself, so you can’t simply split the party into essential roles. Moreover, younger players might struggle to keep abreast of everything they should be doing, which can quickly become frustrating. Likewise, slightly older players might struggle to endure the slow, tedious explanations of things, especially in the game’s early stages.

The humor of the setpieces feels slightly off, too. Despite a reprise from the original cast member, the introductory joke of being ranted at and making you late for orientation feels like a waste of time because it is. For players with a bit of patience for condescension, this game will be a dream. For everyone else, everything outside of the matches might feel more like an endurance test.

Finally, and notably in this day and age, everything in Ghostbusters: Spirits Unleashed works as it should, a rarity for online games at launch. You can find games quickly and experience matches without strange glitches, dropping connections, or other issues. And in a match, you’ll have all the fun you want in a Ghostbusters game. Everyone tethering a ghost and dragging it into a trap feels just as geekishly cool as it should, just as long as you remember to do the necessary steps on the way. 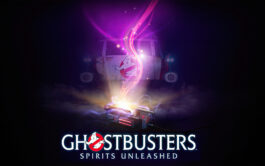 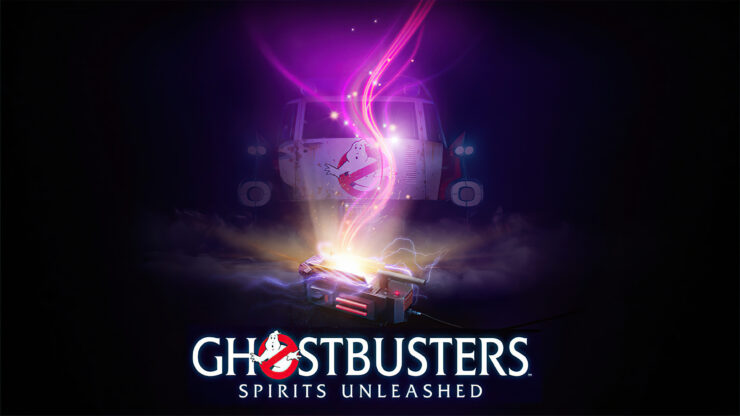 Ghostbusters by name, Ghostbusters by nature. Spirits Unleashed is true to its iconic roots, and everything from the brand translates smoothly into a frantic asymmetric experience, albeit a bit too complicated for its own good.