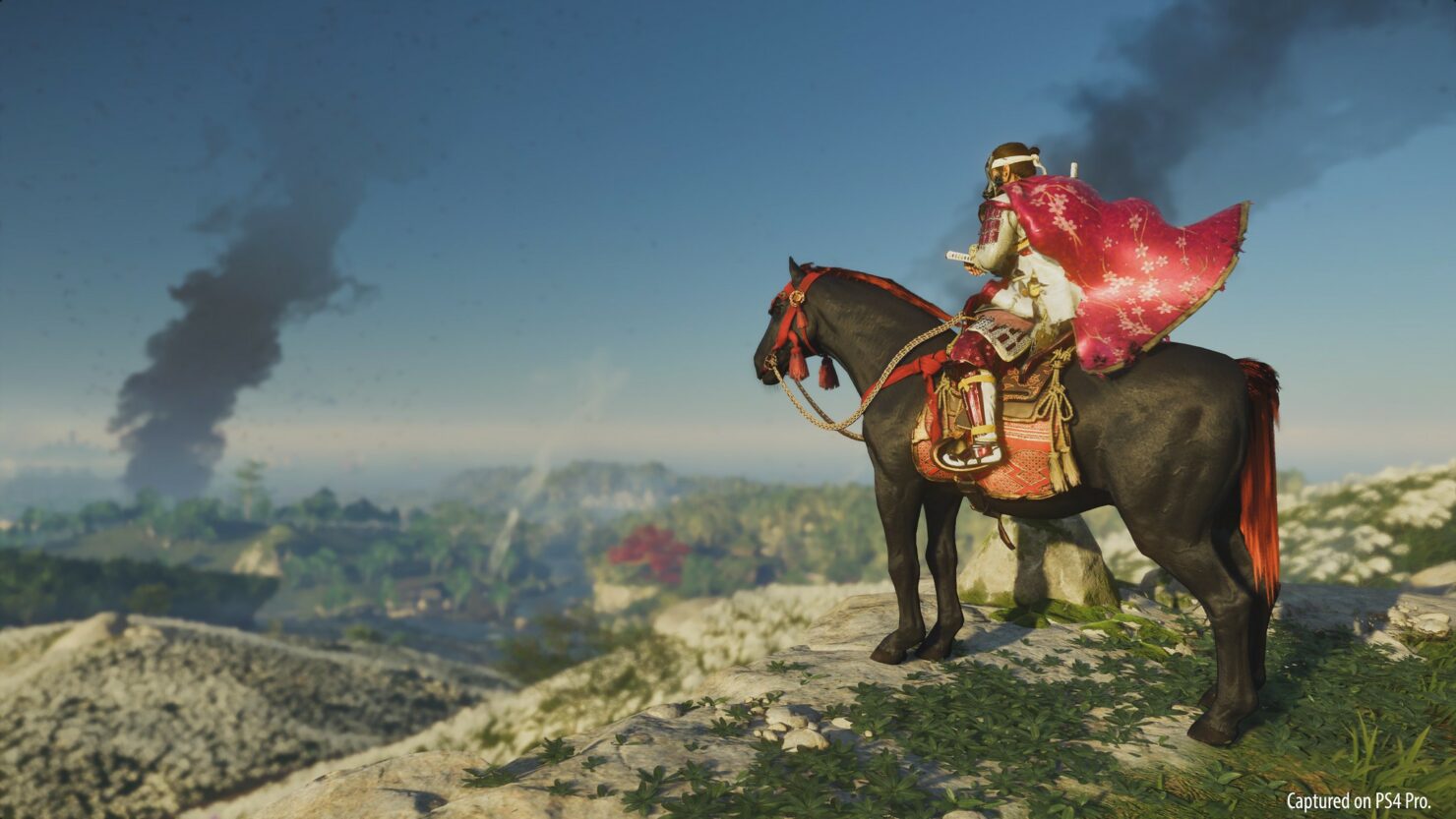 A new Ghost of Tsushima update is releasing next week, introducing the Legends co-op multiplayer mode, New Game +, and much more.

Sucker Punch Senior Game Designer Darren Bridges confirmed today on the Official PlayStation Blog that the 1.11 update will be released for free on October 16th. The biggest addition will be the already mentioned Legends mode.

The Ghost of Tsushima 1.1 update will also bring new features for the single-player campaign, such as a New Game + mode, a new type of flower that can be exchanged for new armor dyes and other gear, the Armor Loadouts feature, and more. The additional, New Game + exclusive charms sound particularly interesting, as it seems like they can be used to spice up multiple playthroughs in different ways.

Exclusively in New Game+, you’ll be able to earn a new type of flower: the Ghost Flower. This new type of flower can only be earned in New Game+, and is accepted by a mysterious new merchant that you’ll find in Ariake. If you complete a Tale or activity and already have the reward, you’ll earn Ghost Flowers in its place, so even if you’ve completed JIn’s journey before, it’s still exciting to explore Tsushima once again to collect as many Ghost Flowers as you can.

You can exchange these flowers for new armor dyes and other vanity gear only found in New Game+, featuring much more elaborate designs than those found in your first playthrough.

The merchant will also offer an array of powerful new Charms intended to create new combat experiences, empower existing playstyles, and allow you to customize your experience for even greater challenges!

Ghost of Tsushima is now available in all regions exclusively on PlayStation 4. The 1.1 update releases on October 16th.