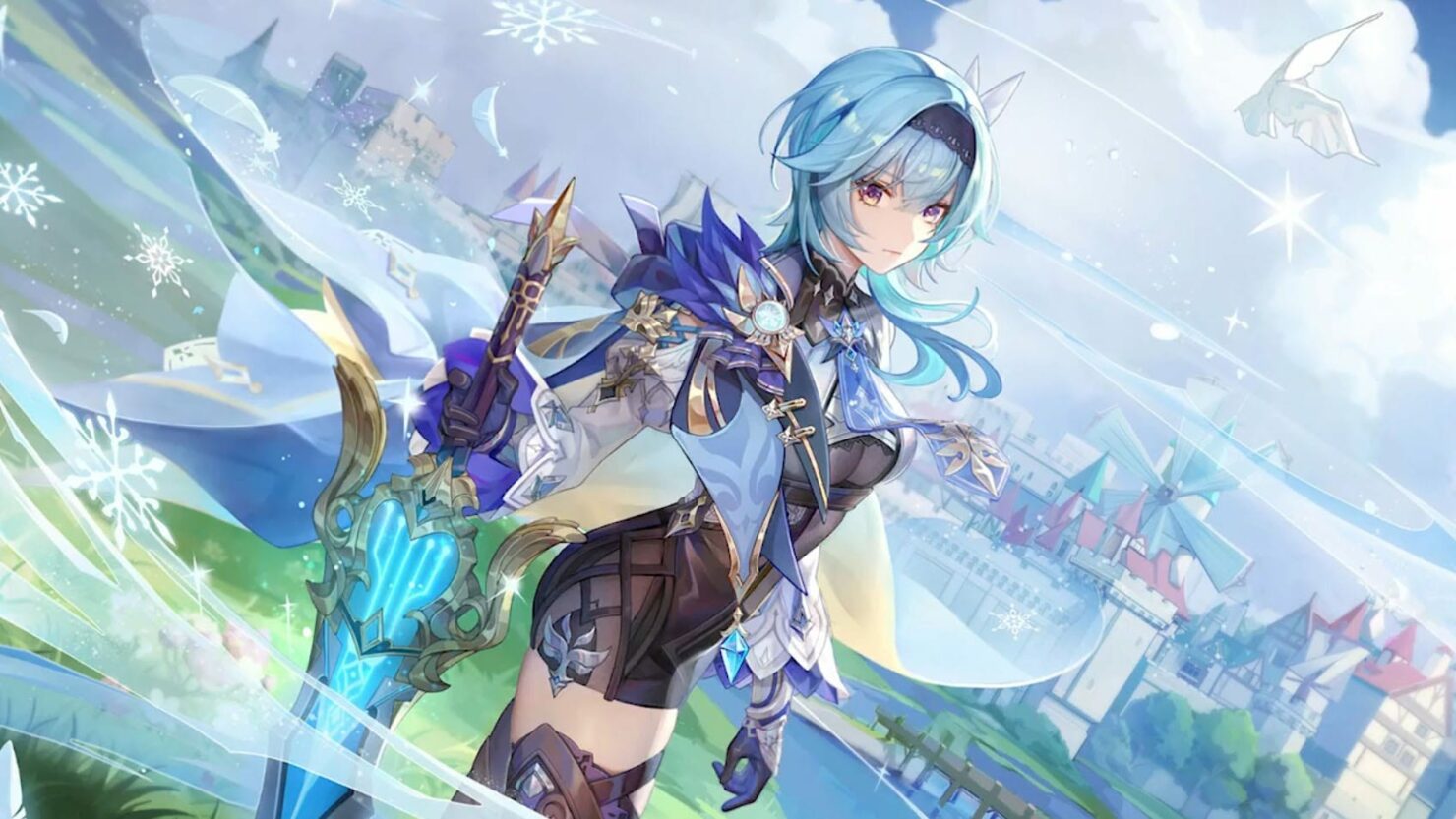 The native 4K PS5 version of Genshin Impact has been released alongside the game’s new 1.5 update. We’ve got you covered with fresh PS5 gameplay and the official patch notes.

As covered last week, developer miHoYo has put a lot of effort into the next-gen version of the game and has basically reworked the title’s underlying tech. The all-new 1.5 update for the game adds new equipment, two new playable characters, new domains, monsters, quests, and events as well as the new “Serenitea Pot” system.

You’ll find the official release notes for Genshin Impact Update 1.5 down below (note – these are quite extensive):

Adepti use Serenitea Pots as media through which they can channel their adeptal power and create realms and abodes.

As the owner of this realm, you may decorate it however you wish and turn it into a home away from home.

After using and summoning the Serenitea Pot, you can interact with it and enter the abode within.

You can also use and summon the pot while you are within its confines. Interacting with the Serenitea Pot in this state will allow you to leave it.

You can also directly open the map interface and fast travel to any of the Teleport Waypoints to immediately leave the Serenitea Pot.

A spirit that lives inside the teapot. It is said that she was created by the adepti themselves. She looks after many matters within the realm, serving as a butler of sorts.

As you create more furnishings for the first time, the teapot spirit’s Trust in you will increase. Accumulate Trust to increase your Trust Rank.

Increasing Trust Rank will unlock features for the Serenitea Pot or allow you to obtain various rewards.

The amount of Adeptal Energy within the realm will gradually increase along with the number of furnishings placed.

Once a new Adeptal Energy Rank is reached, the realm’s output will also increase.

You can obtain the materials required to create furnishings in many different ways, all around Teyvat.

While visiting your friends’ realms, you can also assist them in creating furnishings by reducing their creation time.

You can provide assistance to multiple friends each day, but the same person cannot be assisted twice.

You can use Realm Currency in the Serenitea Pot to exchange for items of your choice.

During the Teapot Traveling Salesman’s visits, you can also enter other realms to exchange with Salesmen within them for desired items.

The Spindrift Knight, a scion of the old aristocracy, and the Captain of the Knights of Favonius Reconnaissance Company. The reason for which a descendant of the ancient nobles might join the Knights remains a great mystery in Mondstadt to this very day.

*”Dance of the Shimmering Wave” Eula (Cryo) will be available in a future event wish.

A well-known legal adviser active in Liyue Harbor. A brilliant young lady in whose veins runs the blood of an illuminated beast.

Yanfei’s Normal Attack has a Scarlet Seal effect. While Scarlet Seals are present, Yanfei’s Stamina consumption is decreased. A Charged Attack consumes all Scarlet Seals, with the AoE and DMG of the attack increasing according to the amount of Scarlet Seals consumed.

Yanfei’s Elemental Burst “Done Deal” deals AoE Pyro DMG, granting Yanfei the maximum number of Scarlet Seals and applying the Brilliance effect to her. While Brilliance is in effect, Yanfei’s Charged Attack DMG is increased and she is granted a Scarlet Seal at fixed intervals.

Tenacity of the Millelith (4-Star and 5-Star)

4-Piece Set: When an Elemental Skill hits an opponent, ATK is increased for 7s. This effect stacks up to 2 times and can be triggered once every 0.3s. Once 2 stacks are reached, the 2-set effect is increased by 100%.

Obtain artifacts in the above sets from Ridge Watch, the new Domain of Blessing at Bishui Plain.

Standing proudly over the start of the ridge, these ancient city ruins overlook both north and south, both mountain and river, like a boundary marker. Legend has it that its gates and blessings are only open to those whose hearts are lit with an eternal blaze.

Obtain artifacts in the “Tenacity of the Millelith” and “Pale Flame” sets from Ridge Watch, the new Domain of Blessing at Bishui Plain.

New Trounce Domain: Beneath the Dragon-Queller

What secrets are hidden in this domain…?

The new Trounce Domain, Beneath the Dragon-Queller, has been added to the Nantianmen area.

After updating to Version 1.5, there will be three opportunities to halve the Original Resin cost when claiming rewards from Trounce Blossoms in Trounce Domains and the “Lupus Boreas, Dominator of Wolves” challenge (after the V1.5 update – May 3, 2021 at 04:00:00. The number of opportunities resets every Monday at 04:00 (Server time).

Travelers should complete the update to V1.5 first before completing the relevant challenges for the week April 26 – May 2.

Elemental creatures who protect themselves from incoming attack with their durable shell. Find an opportune moment to land a blow to their elemental core. At critical moments, they will enter a shielded regenerative state, firing Frostfruits to attack its foes while restoring its own HP. Use Charged Attacks to redirect the Frostfruits back at the Cryo Hypostasis to knock it out of its regenerative state swiftly.

An enormous dragon as ancient as the mountains themselves.

In an age that has all but faded from memory, he stood shoulder to shoulder with one who ruled over a harbor of stone. But in the end, the two came into conflict, and the dragon was banished to a dark place deep underground. Over the long years of his imprisonment, his power has slowly dissipated. He has also become disfigured from the various kinds of erosion he has been subjected to.

The faint rattling of this dragon lord’s shackles and his deep, angry growl echo through the bowels of the mountains like memories of a bygone era.

A creature of the Abyss Order that calls upon thunder and lightning in praise of the darkness.

It possesses some ability to disrupt elemental powers, and some of its attacks will drain characters’ Elemental Energy when dealing DMG to them.

In Version 1.5, the Abyss Lector: Violet Lightning will only appear in the Spiral Abyss.

Eligibility: Adventure Rank 20 or above

During the event period, go to Places of Interest and defeat the opponents there to gather Irminsul Fruit Fragments and obtain Fractured Fruit Data.

During the event period, challenge the Twisted Realm and get as high a score as you can. Reach a combined score of certain amounts to claim Fractured Fruit Data.

※ After the event gameplay period ends, you will be unable to claim the combined score rewards for the Twisted Realm. Please make sure to claim the rewards in time.

A curious ancient tree has quietly stood here throughout the ages, bearing witness to all that has come to pass. To rescue the miners and solve this puzzle once and for all, you proceed to the ancient site that holds all the answers…

Adventure Rank 40 or above

Completed the Archon Quest “Chapter I: Act IV – We Will Be Reunited”

Hangout Event: Diona – Act I “The Cat and the Cocktail”

They say that there’s a popular bartender at The Cat’s Tail.

Diona’s Hangout Event “Act I: The Cat and the Cocktail” will be permanently available after the Version 1.5 update

Adventure Rank 26 or above

Completed the Archon Quest “Prologue: Act III – Song of the Dragon and Freedom”

Noelle reveals to you that she is very anxious about the Knights of Favonius selection exam. At your suggestion, she decides to emulate the knights she knows in an attempt to overcome her sense of unease.

Adventure Rank 26 or above

Adventure Rank 35 or above

Complete the World Quest “A Teapot to Call Home: Part I” to obtain the gadget “Serenitea Pot.”

New World Quests: “A Timeless Classic” and “When the Trail Goes Cold”

Other new World Quests will be added at a later date, including “Mr. Melancholy” and “Mimi Tomo”

Serenitea Pot: A teapot obtained from Madame Ping. There seems to be a whole new realm within it…

Dream Solvent: An item capable of changing Character Level-Up Materials obtained from memories and trials into whatever form is needed.

Obtain by successfully completing the Trounce Domain or Dominator of Wolves challenges.

The expiration time will be calculated from the Monday after this item is obtained, and it will disappear seven days from then.

Vial of Adeptal Speed: A small bottle that seals some adeptal energy within. Will immediately complete a furnishing when used.

5. New Achievements: “A Realm Beyond: Series I,” “Memories of the Heart,” etc.

Celebration: Fruit of Wisdom – Obtained from the “Energy Amplifier” event.

Achievement: Tea Time – Obtained by completing all achievements under “A Realm Beyond: Series I.”

Your character will be periodically inflicted with Slowing Water, greatly increasing your skills’ CD duration until the inflicted Hydro element is removed.

Physical DMG dealt by all party members increased by 75%.

Updates the monster lineup on Floor 11 of the Spiral Abyss.

Updates the monster lineup on Floor 12 of the Spiral Abyss.

Starting from the first time that the Lunar Phase refreshes after updating to Version 1.5, the three Lunar Phases will be as follows:

When a character scores consecutive hits on an opponent with Normal Attacks within 2s, this character’s Physical DMG is increased by 5% for 10s. This effect stacks up to 5 times, and only 1 stack is added at a time regardless of how many enemies are hit in one strike. When 5 stacks have been obtained, further hits on opponents will unleash shockwaves that deal AoE DMG. A shockwave can be created in this manner once every 1s.

A backlash will occur when opponents hit a character protected by a shield, unleashing a shockwave that deals AoE DMG. Can occur once every 6s.

When a character scores Normal, Charged, and Plunging Attack hits that deal Physical DMG to opponents, this character’s CRIT Rate is increased by 3% for 10s. This effect stacks up to 5 times, and only 1 stack is added at a time regardless of how many enemies are hit in one strike. When 5 stacks have been obtained, CRIT Hits on opponents will unleash shockwaves that deal AoE DMG. A shockwave can be created in this manner once every 1s.

1. The new Mail Pins function has been added. Pinned mail will be placed at the top of your mail list and will not be deleted when pressing Delete Read. However, pinned mail will still expire as normal.

2. On mobile, UI Border Offset setting has been added to Settings > Controls.

1. Adds voiced interactions for characters in the open world.

2. Adds a Compatibility Mode option for the audio API on Android devices. Try switching to this mode if you experience any of the following issues:

4. Due to unforeseen circumstances, in English, the voice of Diona in Diona’s Hangout Event is temporarily provided by Jackie Lastra.

Want to see how the game looks and runs on Sony’s next-gen console? Check out the new 4K@60FPS with HDR gameplay footage (courtesy of YouTuber ‘Rubhen925’):

Genshin Impact is available now for PS5, PS4, PC, and mobile devices. The game has also been announced for Nintendo Switch, although a release date has yet to be revealed.