Voltaire: The Wi-Fi Coffee Grinder That Sorts Fresh Beans From Stale Ones 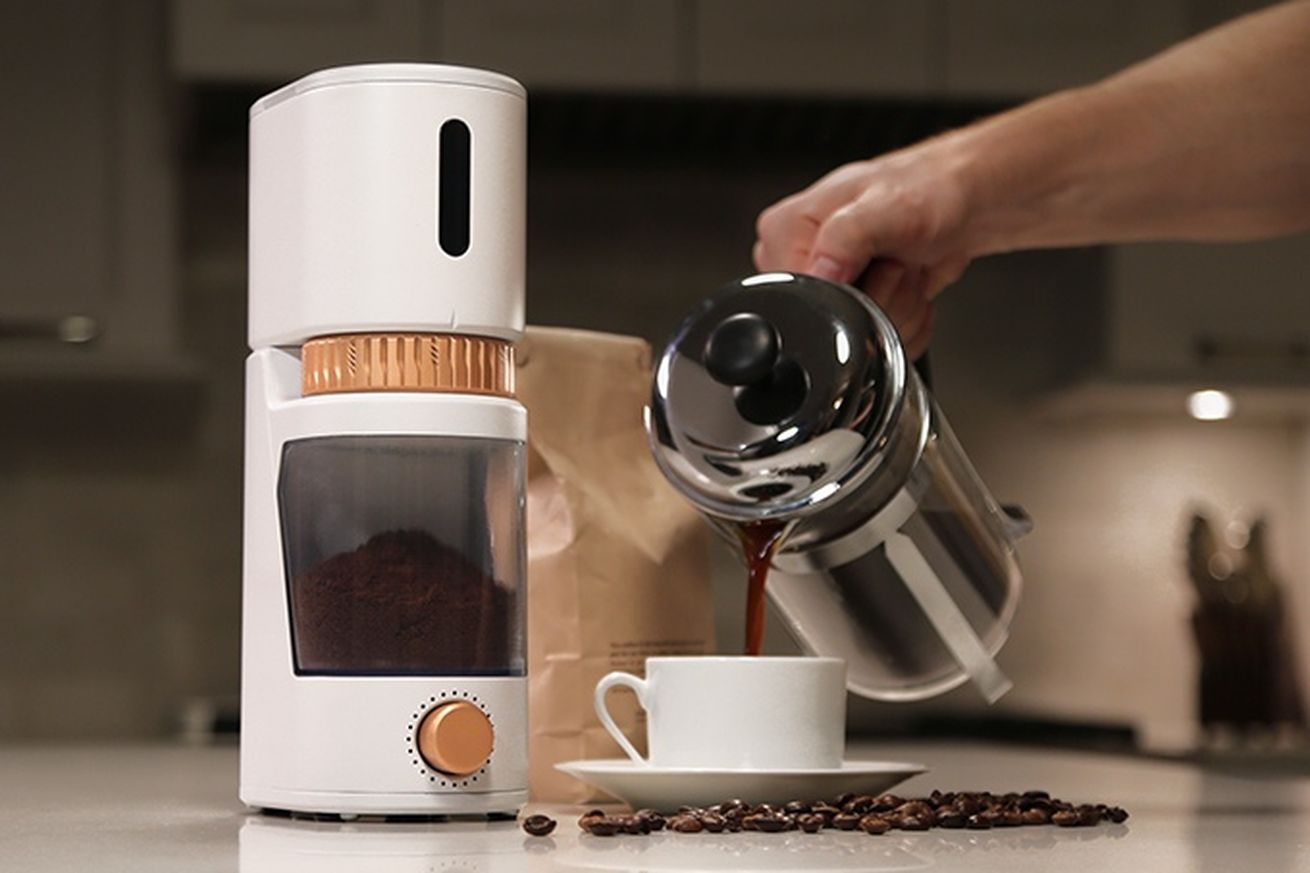 There have been a number of coffee grinders that have Wi-Fi connectivity as well as a companion app with them as we’ve seen before in this new age of technology. But a new Kickstarter project called Voltaire is a one of a kind coffee grinder that picks and chooses the beans that will be used in it.

Get your coffee fresh by using the new Voltaire

Creators GIR (Get it Right) explained how Voltaire basically makes the best use of an array of sensors in order to find out when the coffee beans being used in its hopper get stale and deals with them. There are two options that follow the detection point, one being the automatic ordering of a new batch of coffee beans to your place and the other one being a ping to alarm you about the situation.

Although the crux of how it works is known all and you can check it out on their Kickstarter page, but how well Voltaire works is still ambiguous to us. According to GIR, the sensing platform in the Voltaire detects the temperature as well as humidity, mass and volume of the beans. Not only that but it also has the ability to detect the gas concentration and volatile compound release. But still the campaign at Kickstarter doesn’t explain the details of sensors like which sensors it uses and how the GIR makes sure that the scale to which it measures the freshness of beans is accurate. According to GIR, all the embedding of high tech sensors and other devices into the coffee grinder helps making a better coffee than ever before. 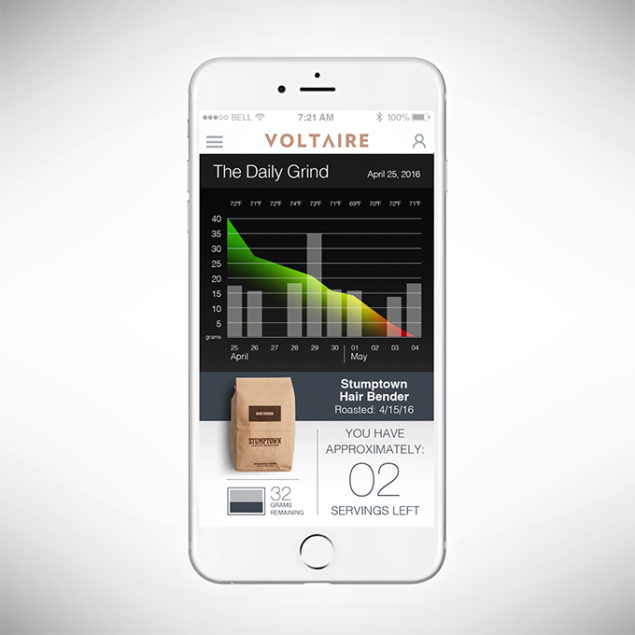 The sensors aren’t the only thing included in Voltaire that make it special there’s also an LED timer in it as well as a high grade conical ceramic grinding burrs and also it contains a built-in battery that can "hold power for weeks between charging".

These features enable the road lovers and the trip planners to have Voltaire with them making it easier for them to have coffee on the go. Also, the software that GIR is making is going to be mostly open source as reported and is going to release an SDK and an API which will help the power-users to make their very own apps.

So if you're a coffee lover and  you wish to get really picky about your beans, I think this is the right time that you should get your Voltaire starter that can be bought for as low as $199. Till then watch this video for more info.