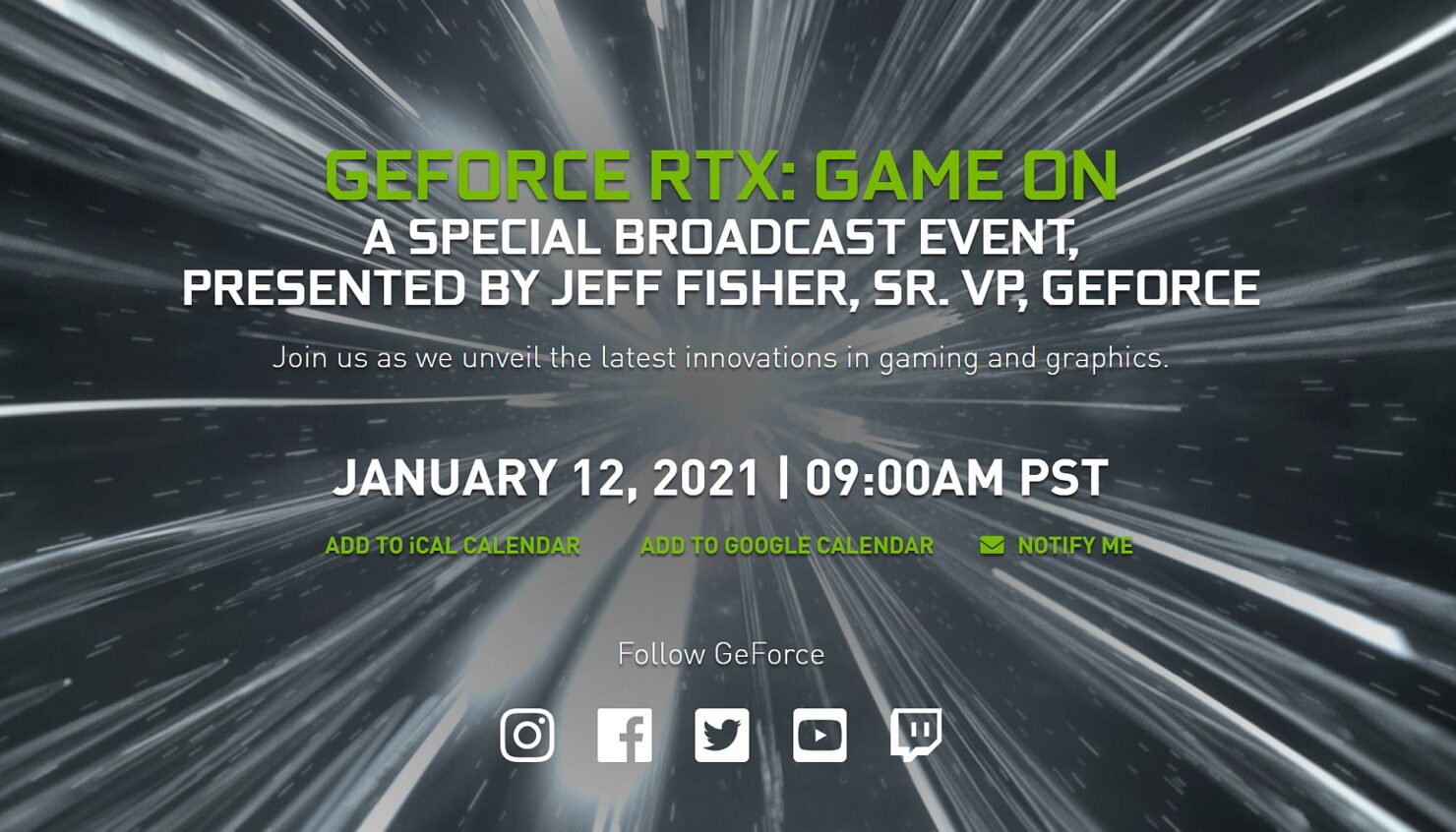 NVIDIA announced the 'GeForce RTX Game On' special event today, due to take place on January 12th, 2021. The broadcast will begin at 9 AM PST, featuring Jeff Fisher, Senior Vice President of NVIDIA's PC business, as the presenter; Fisher will 'highlight the company’s latest innovations in gaming and graphics'.

Needless to say, this event will take place right in the middle of the yearly Consumer Electronics Show (CES), which in 2021 is set to run online-only between Monday, January 11th and Thursday, January 14th.

The upcoming event is not all NVIDIA had to announce today, by the way. Four online multiplayer games have now officially added support for the Reflex latency-lowering technology. These are CRSED: F.O.A.D. (previously known as Cuisine Royale), Enlisted, Mordhau, and Warface.

Enlisted, which is published and developed by the same studios (Gajin Entertainment and Darkflow Software) and also runs on the same engine, unsurprisingly saw very similar results (20% improved latency).

Mordhau, on the other hand, is an entirely different game powered by Unreal Engine 4 technology. This melee-focused medieval-themed indie game shows up to 41% better latency with NVIDIA Reflex enabled.

Last but not least, the free-to-play first-person shooter Warface (based on CryEngine technology) shows latency improvements of up to 22%.

One thing that's quite clear from all these charts, as well as the ones we've seen from the first few games that added support for NVIDIA Reflex, is how the weakest GPUs seem to get the bigger performance boosts compared to the latest and greatest. Still, as any competitive gamer knows all too well, every millisecond gained can only be a good thing.