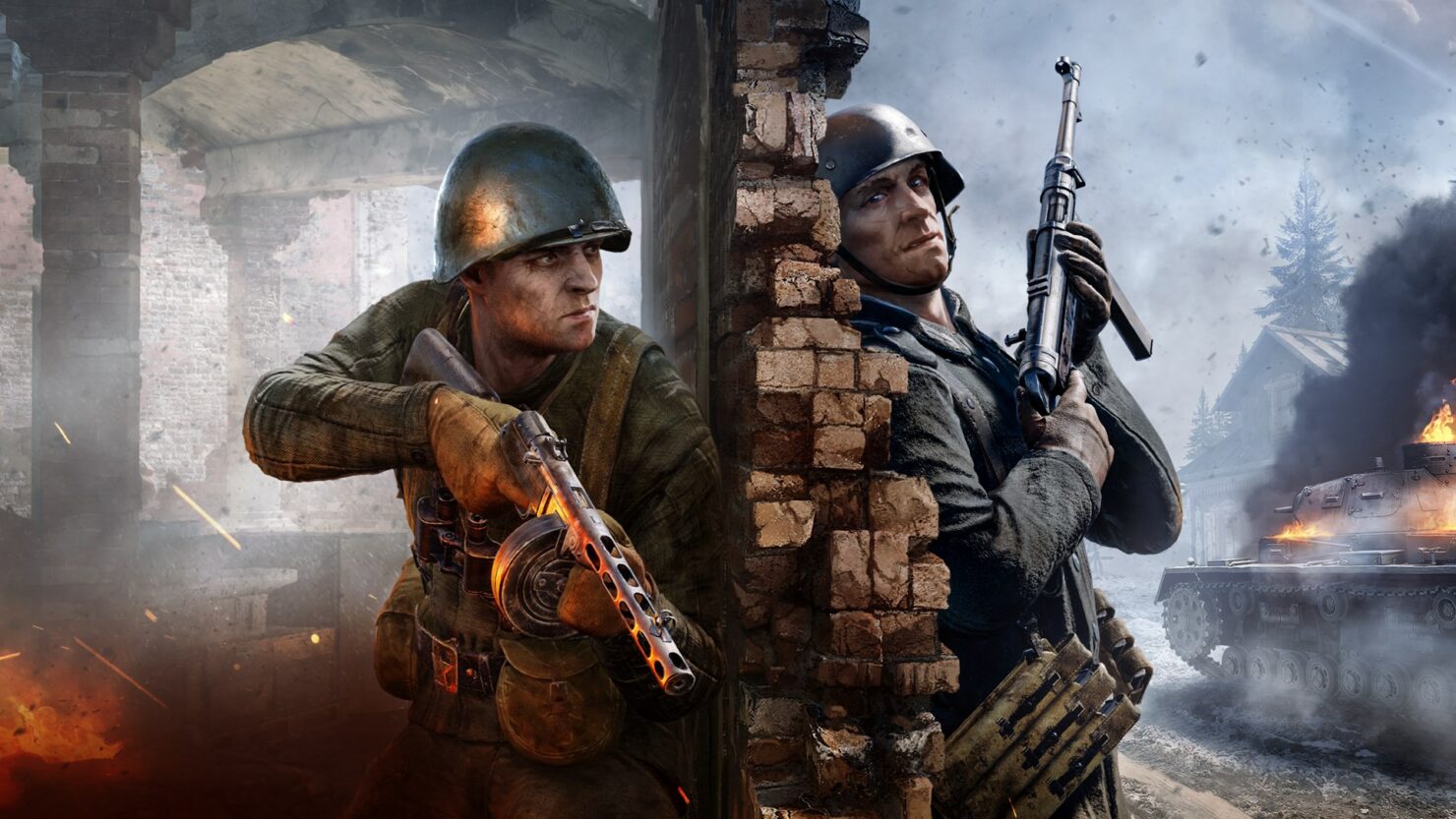 When it comes to World War II shooters, the game industry regularly produces a dime a dozen. That's probably why Enlisted ends up shining even where it falters. Call of Duty is content to handle most of the twitch shooter sensibilities when the series veers toward that era, but there are plenty of other titles that pick up the slack when it comes to more methodical, squad-based affairs. Battlefield is typically more than content to fill this niche, but even it pales in comparison to titles like Hell Let Loose when it comes to true squad play. Enlisted is an interesting mixture of a realistic World War shooter and first-person affair that has plenty of potential.

While in its current state it's more than a little rough around the edges, it's an intriguing effort from Darkflow Studio and Gaijin Entertainment that feels great to play when you can ignore its various bugs and language-based snafus. Enlisted lets you tackle large-scale battles as either a soldier on the side of the Axis or the Allies in World War II. Once you choose a cause to fight for, you're thrown into battle with your squad for what may be a few lengthy rounds that will undoubtedly require patience. The maps are riddled with muddy fields, you're assigned a variety of weapons that aren't just slow to fire, but slow to reload, and plenty of other players who want you dead. 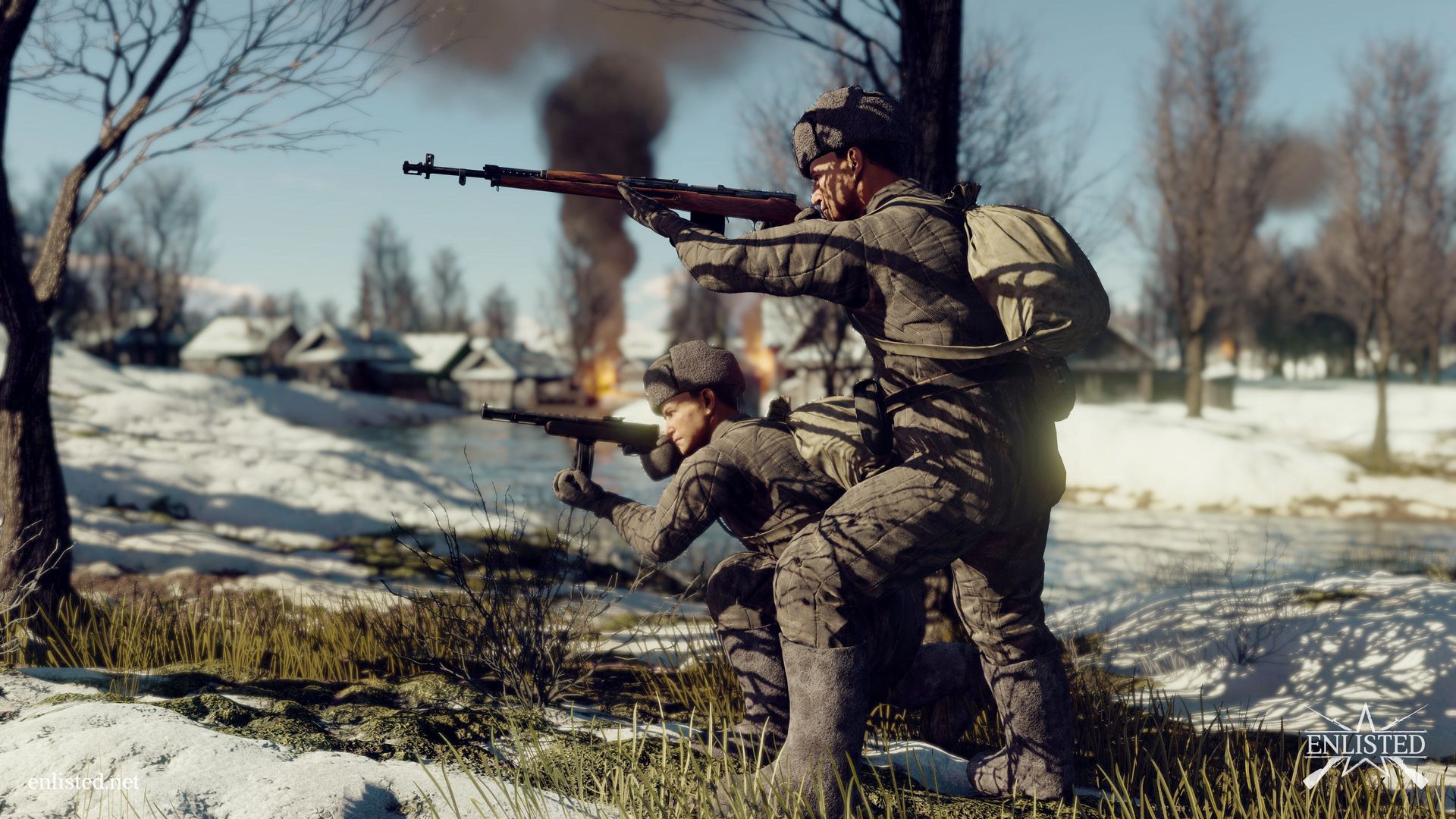 Those coming in from more fast-paced affairs may find Enlisted a much different beast than they're used to. It does plenty to differentiate itself from the competition, but these changes come in the form of empowering players and giving them options rather than relying on killstreaks and kill combos. You also can swap between squad members when you die to cycle through characters and get to know each role in a quick and efficient way.

However, there are niceties to Enlisted that keep it from being annoying. For example, you don't need a medic to come and heal you as you have your own medkit to heal yourself if you have the opportunity. Squad members are otherwise controlled via AI until you swap over to one. Each is outfitted with its own type of gear and equipment as well as upgrade paths to tackle, so getting used to what each offers is paramount to long-term survival.

Unfortunately, dying is a constant. From your first match to your tenth or so, you're going to die. A lot. That's nothing to be ashamed of. There's just a lot going on, and plenty of ways to take a stray bullet to the head, so you may be out of a round shortly after you started it. Overall, Enlisted might be a bit frustrating for newbies, but it's a nice balance for the slow and methodical pace the game requires if you want to stay alive. Your kills become much more satisfying when you've narrowly avoided death a few times in a row and pull out a victory at the very end thanks to a well-placed grenade or a few skillful sniper shots into a crowd. 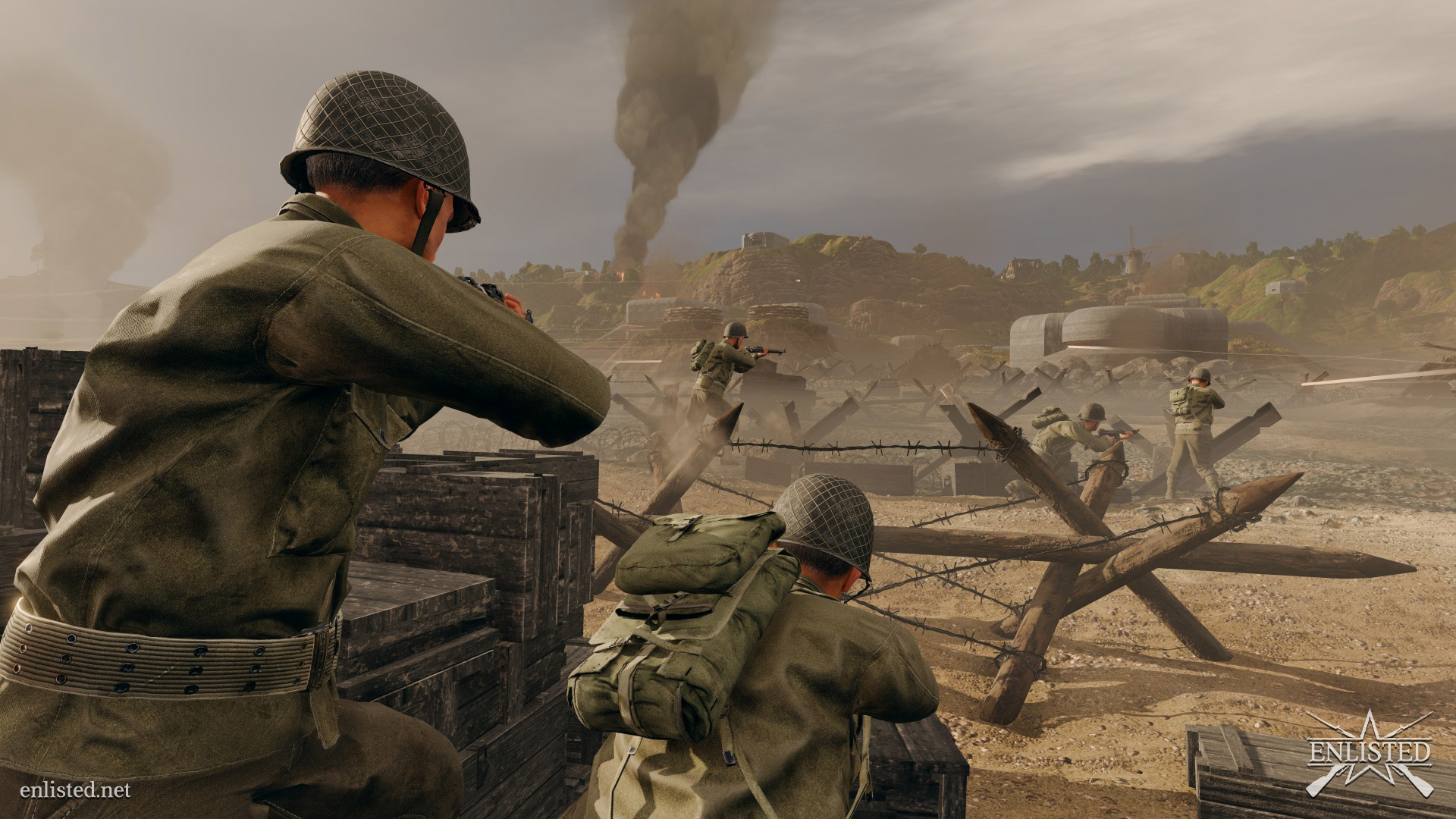 Gunplay feels tight and fantastic. Taking a shot at an enemy from across the map has that satisfying punch and adrenaline rush you should get from a good shooter. Your weapons have a believable heft to them, as does your character. Driving a tank feels empowering, but also limiting as your visibility is severely reduced. Machine guns are devastatingly powerful, especially when you're armed with one against a cluster of enemies. There is a tradeoff for every moment that makes you feel OP, so you can appreciate the balance that went into making Enlisted feel the way it does.

You'll test your mettle across a variety of maps (referred to as Campaigns) as you explore locations like docks, small towns, and other areas with plenty of places to hide and perch to pick off other players. There's a good variety and realism when it comes to each area, and I found myself taking in how great it looked even this early in the game's life cycle, though there were some unfortunate frame drops when I first began playing.

Unfortunately, there are currently some issues with pop-in when it comes to textures and entire swaths of grass and scenery. Sometimes, I found segments missing but could run into them on the map, something summarily used as an exploit early on during my testing phase.

There are also numerous issues with misspellings, terrible grammar, and freezing that I ran into several times over. It was never enough to push me to stop playing, but noticeable enough to take me away from the experience and make me feel as though I was playing something with decidedly less polish than what I was used to on the Call of Duty or Battlefield side. I was able to overlook that, however, seeing as this is still an Xbox Game Preview title (on Xbox Series X, where we tested it; Enlisted is also available on PC as a Closed Beta) that still has plenty of time left to continue cooking. 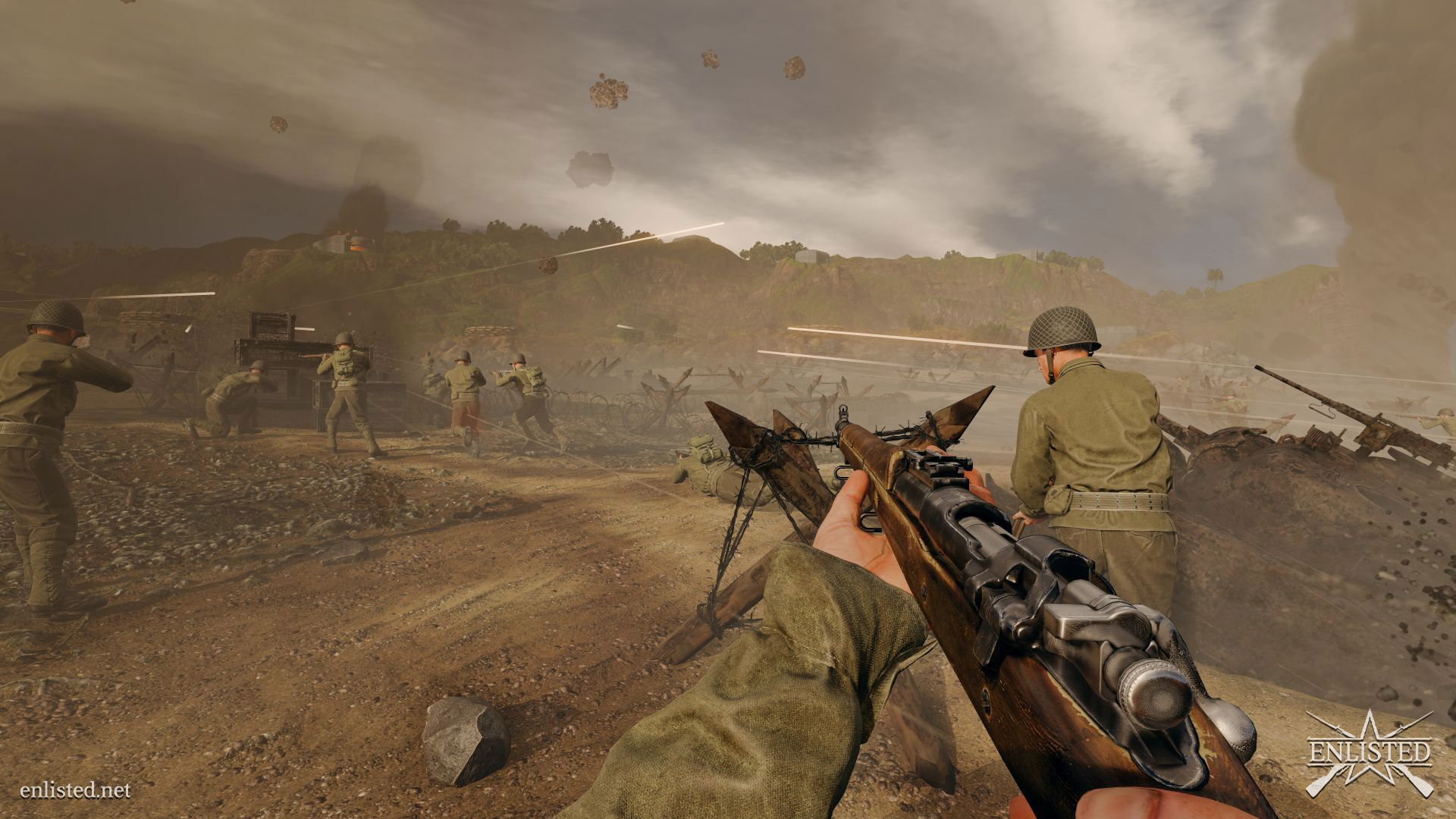 Overall, Enlisted is a promising and exciting World War II shooter that brings a lot to the table. It adopts some of the mechanics that several high-profile wartime shooters feature and to positive effect. It's slower than most other games of its ilk, but quick where it counts. If it could shake some of its frustrating bugs and texture issues (and improve the in-game text, also importantly) it could shape up to be a great alternative to the shooter landscape at present on Xbox Series X. We'll have to wait and see how these soldiers grow and evolve.