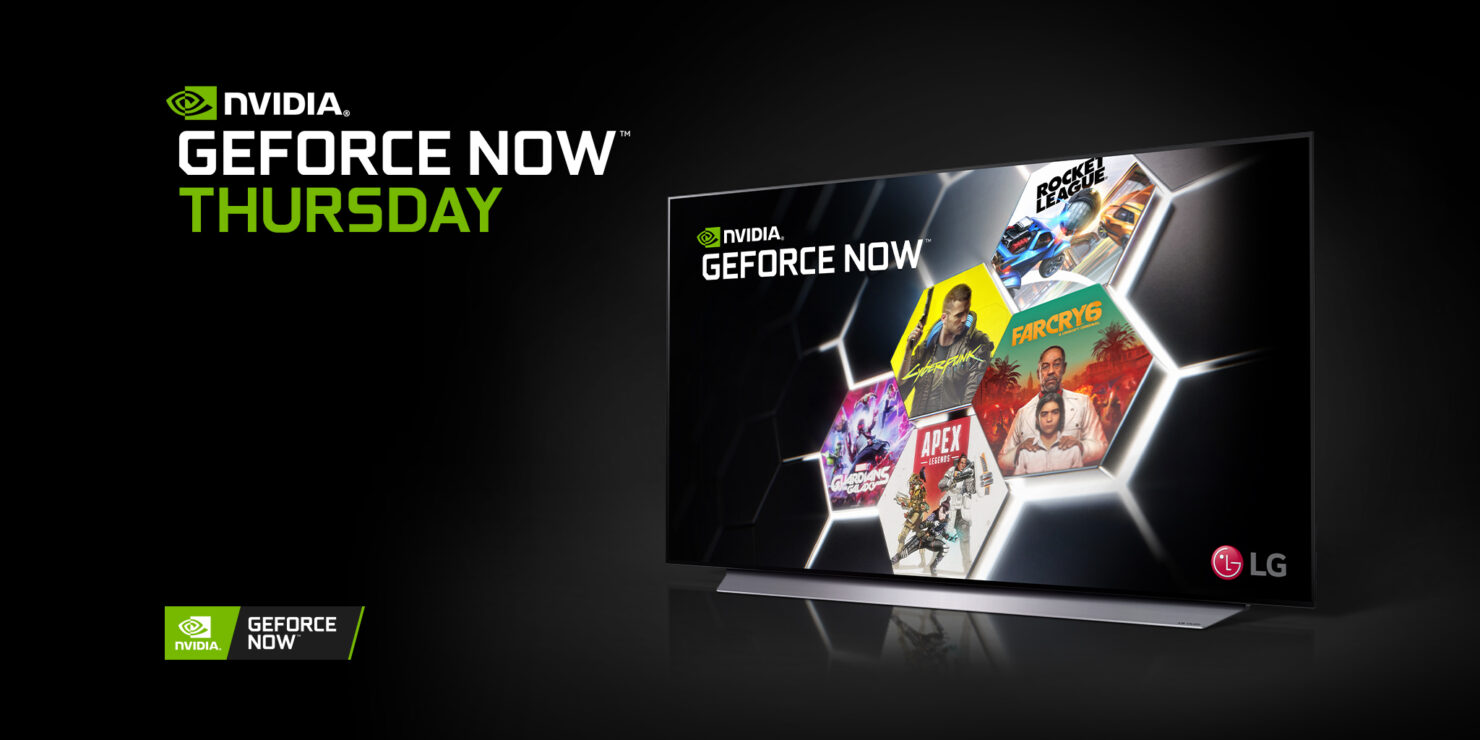 This GFN Thursday announcement is going to be jam-packed with new stuff for GeForce NOW players. For starters, the service will now become available on LG TVs as a beta so any owners of 2021 LG models will be able to play games at high fidelity. In addition, the GeForce NOW app has been updated to bring new options for current GFN users.

Starting off with the biggest announcement of the moment, LG TV owners who have models from 2021 including OLED, QNED, NanoCell, and UHD TVs can now download the fully launched GFN app in the LG Content Store. To be able to access the GeForce NOW experience, you are going to need a gamepad.

Users who access the GeForce NOW app will be able to have instant access to nearly 35 free-to-play games as well as more than 800 PC titles from storefronts like Steam, Epic Games Store, Ubisoft Connect, and Origin. The GeForce NOW app on LG OLED TVs delivers responsive gameplay and gorgeous, high-quality graphics at 1080p and 60 frames per second.

To celebrate the app launch and the expansion of devices supported by GeForce NOW, LG purchases from February 1 to March 27 in the United States will come bundled with a 1-month priority membership to GeForce NOW for free. Priority members experience legendary GeForce PC gaming across all of their devices, as well as benefits including priority access to gaming servers, extended session lengths, and RTX ON.

This offer is available to those who purchase applicable 2021 model LG 4K TVs in select markets during the promotional period. Current GeForce NOW promotional members are not eligible for this offer. 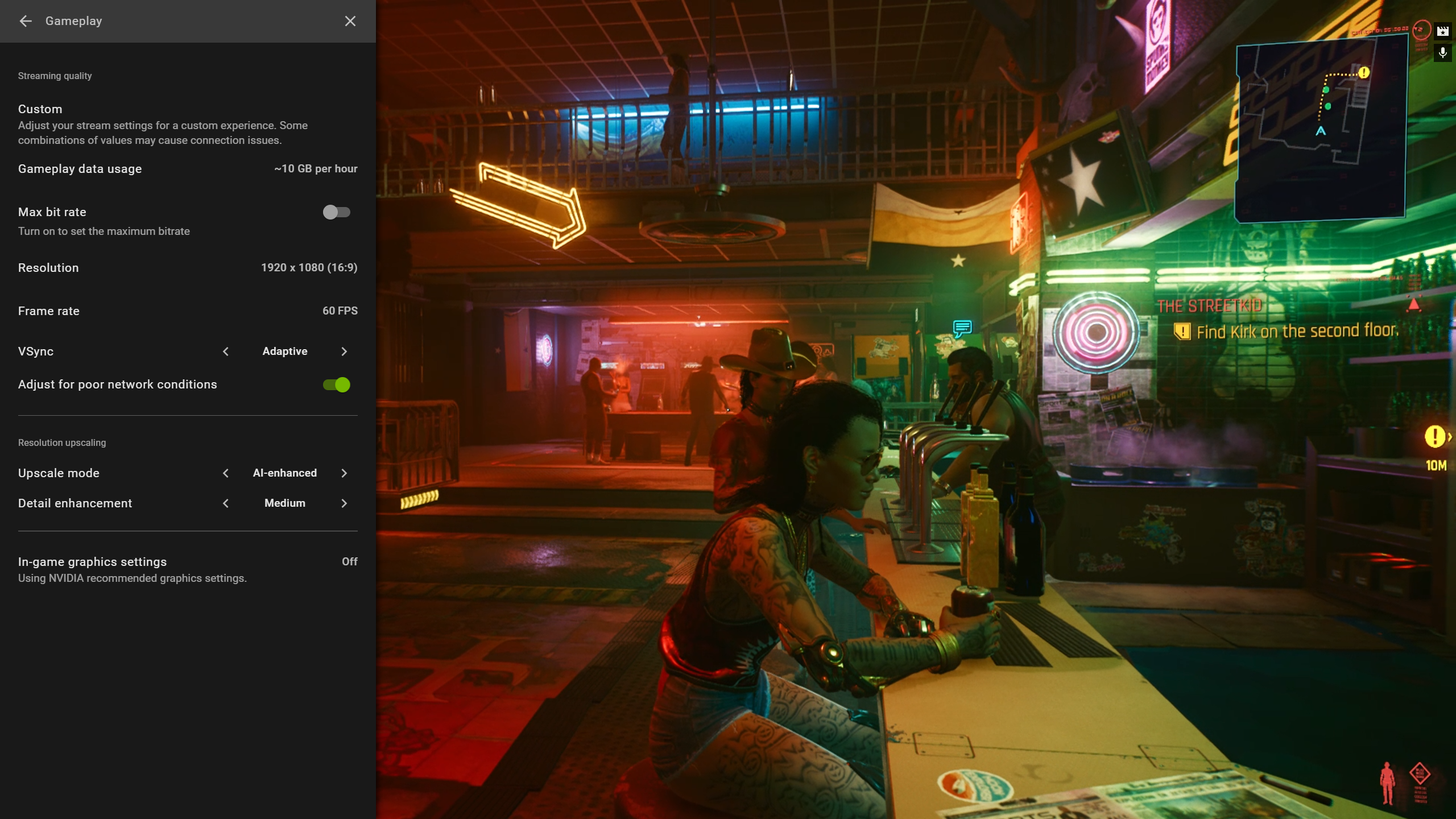 Continuing on, a new update for the GeForce NOW app delivers new resolution scaling options, including an AI-powered option for members using NVIDIA GPUs or a SHIELD TV device. This feature gives gamers with network bandwidth limitations or higher resolution displays to have sharper graphics that match the native resolution of their monitor.

Three upscaling modes are available. Standard is enabled by default and has minimal impact on system performance, using a simple bilinear filter; Enhanced provides a higher quality upscale (thanks to the Lanczos filter) at the cost of some latency depending on the system specs; finally, AI Enhanced will be available to members playing on PC through select NVIDIA GPUs or playing through SHIELD TV devices. This mode leverages a trained neural network model along with image sharpening for enhanced details that no traditional scaler can recreate, according to NVIDIA. 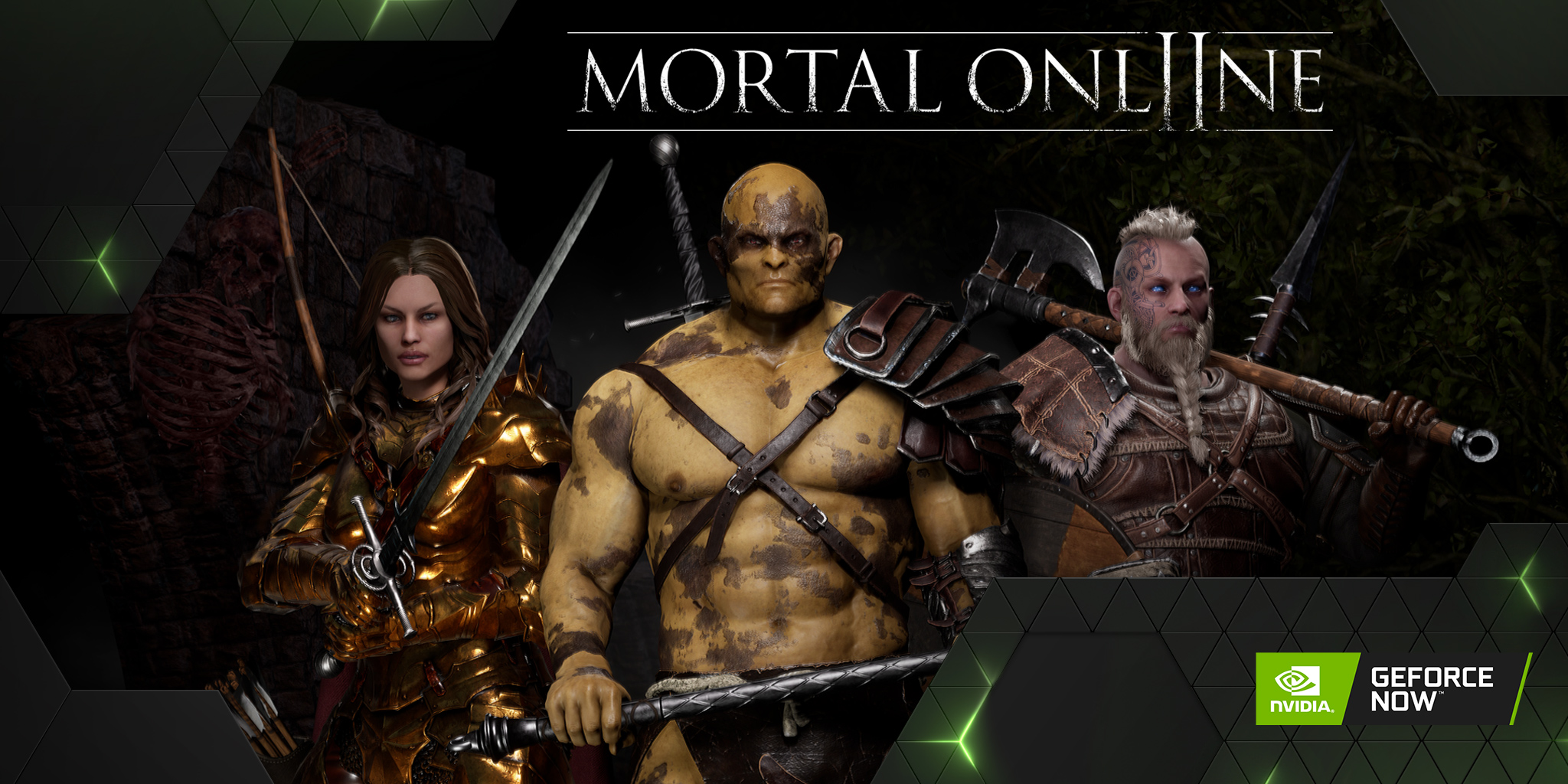 Finally, since it's GFN Thursday, there's a batch of games that are going to be added to the service today. This week's batch of games are as follows: