I got to play Assassin's Creed 3 before it released the first time around. I wasn’t a critic back then, but I did have a friend who worked at Blockbuster. She knew what a huge fan of the series I was, so I got to rent a copy of the game before it officially released. I was so excited to play the game early, and was so disappointed when I did. But now, seven years on, I’m ready to try and again and see what remastering the least popular game in the franchise actually means.

Assassin's Creed 3, in the right light, looked like a diamond-in-the-rough. The twist at the beginning of the game with Haytham was remarkably effective, but playing as him was boring. The chance to freerun across the wild frontier sounded exciting but the urban areas were completely uninteresting. When the remaster was announced, I had hoped that some of these faults might have been removed or polished before release. They were not. 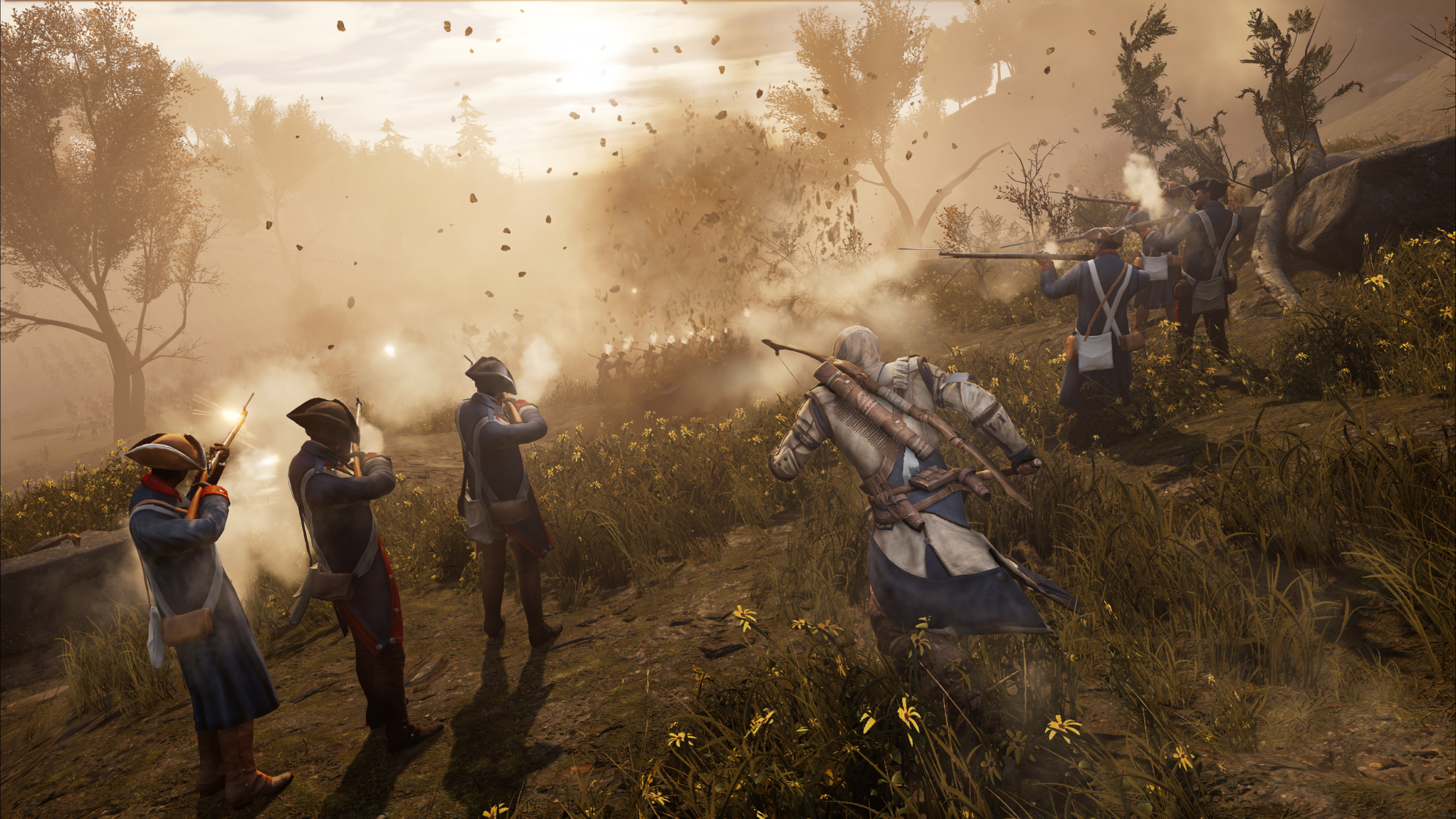 It seems, as far as I can tell, that nothing in the Assassin's Creed 3 Remaster has changed except the graphics. Despite everyone knowing that Haytham is actually a Templar, the game still makes you play as him for the first several hours. This overlong tutorial is painfully slow and filled with characters that feel as uninterested in the story as you do. Despite half a decade of criticism leveled against the game, nothing was done to correct the mistakes. Even the HUD remains the same, with the 360 Start/Select icons appearing instead on the Xbox One equivalents. Small changes that could have been improved for the second attempt at the American Revolution have been overlooked, leaving the bigger issues all the more apparently unchanged.

Combat in the Assassin's Creed franchise was dramatically reimagined, and improved, in Origins and Odyssey, so jumping back into the old system of counter and killing is jarring. I played enough of the Ezio series when it was first released that I wasn’t concerned with playing the remaster, so perhaps this is something that others are okay with, but it just stands as a testament to an outdated system. This is also true of the freerunning as well. Players once again struggle to safely descend tall structures and cliffs, while wobbly precision means often jump headlong in the wrong direction.

Stealth is the worst, though. So many games have come and gone since Assassin's Creed 3 where you can hide around corners and in the long grass that this rudimentary attempt feels both sticky and floaty, not to mention nearly impossible to enjoy. Players can’t hide while a guard watches them, but breaking sight lines is difficult when Connor gets determined to jump along every single fence and wall and twig on his path. 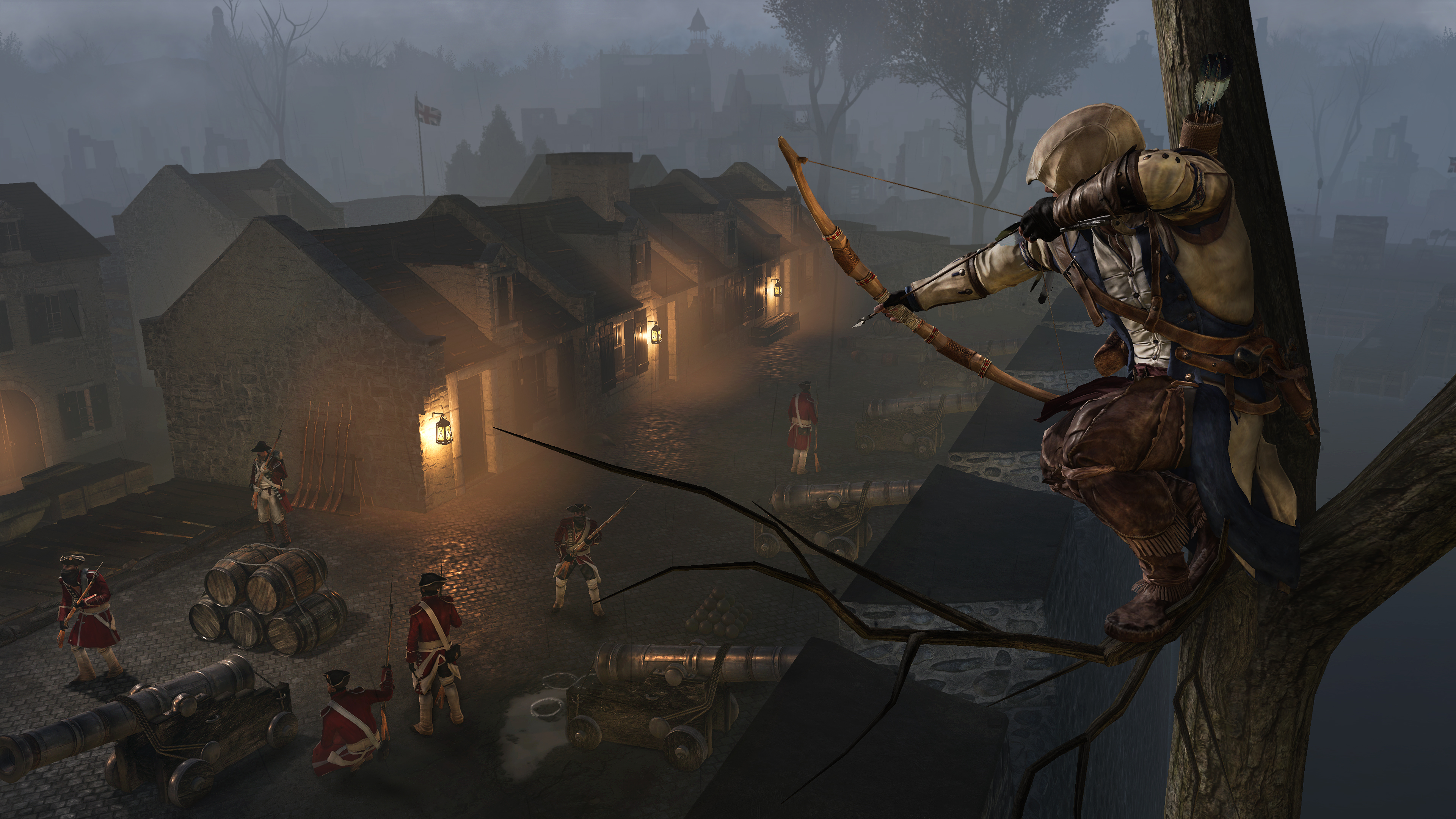 The story itself could have been interesting. Britain doesn’t teach that much about the American Revolution (long live the Queen and her undying empire), so exploring that should be interesting. But the characters and the dialogue hasn’t aged well. Even when Connor is as bland as ever and the surrounding characters seem to have revolted against their own personality. And despite Ubisoft's campaign of retconning Desmond's story from the series, his final arc is still woven through the story. Which might have been more forgivable if the story went anywhere. Even after ditching Haytham the pace still drags along, with extended moments of hunting, waiting and eavesdropping before anything resembling a revolution begins. At least Unity had its atmosphere right.

It feels at times like the game doesn’t want you to rush, but doesn’t give you any kind of atmosphere to soak up instead. After each mission the game revokes your mini map and icons so you can ‘see your progress’, meaning that even if you want to rush through the main missions (cough cough Haytham section) you have to stand around for a few seconds before you know which way to go. It's infuriatingly slow for no discernable reason.

On the plus side, the graphics and sound quality are great in this remaster, though not flawless. One moment early in the game had me terrified when Haytham's eyes were only rendered in black and white. Other moments had similar, but less nightmare-inducing glitches as well. Odyssey still looks better than 3, of course, but if you are a fan of Assassin's Creed 3 I’m sure you’ll appreciate the improved visuals. 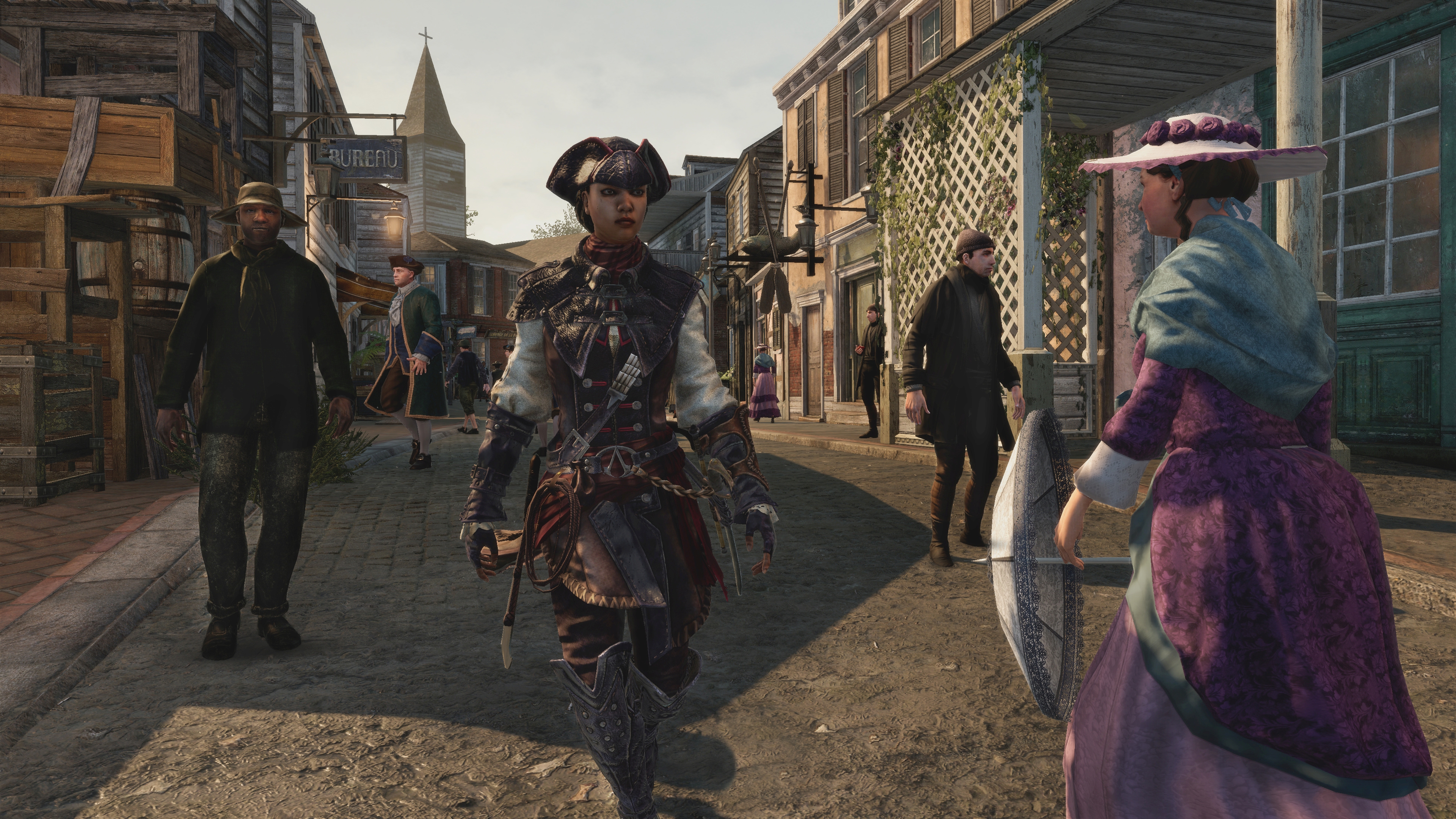 The Assassin's Creed 3 Remaster also comes bundled with Assassin's Creed Liberation, a formerly exclusive PS Vita game that had players take on the mantle of an Assassin in New Orleans around the same time period. This has always been considered one of the best Vita games and an Assassin's Creed game that didn’t get its due popularity, perhaps due to the platform it originally launched on. And you can see why. New Orleans is a much more interesting setting than Boston and the surrounding region, and the main characters all have more of a personality.

Liberation is easily the best part of this bundle although it does come with some of the same basic issues, like shaky controls and old combat. It's a shame that Assassin's Creed 3 didn’t age better. I can understand Ubisoft not wanting to make any radical changes to the game, both for the few dedicated fans and the desire to preserve the original experience, but there seems little point in remastering a game so universally mediocre. The games that came before it had more interesting settings and characters, while the games that came after started experimenting with the formula to find something more engaging.

The Assassin's Creed 3 Remaster improved the graphics and very little else. There is a reason this game is one of the least popular in the series history and without anything done to address its previous faults, its age makes it even more unpalatable.