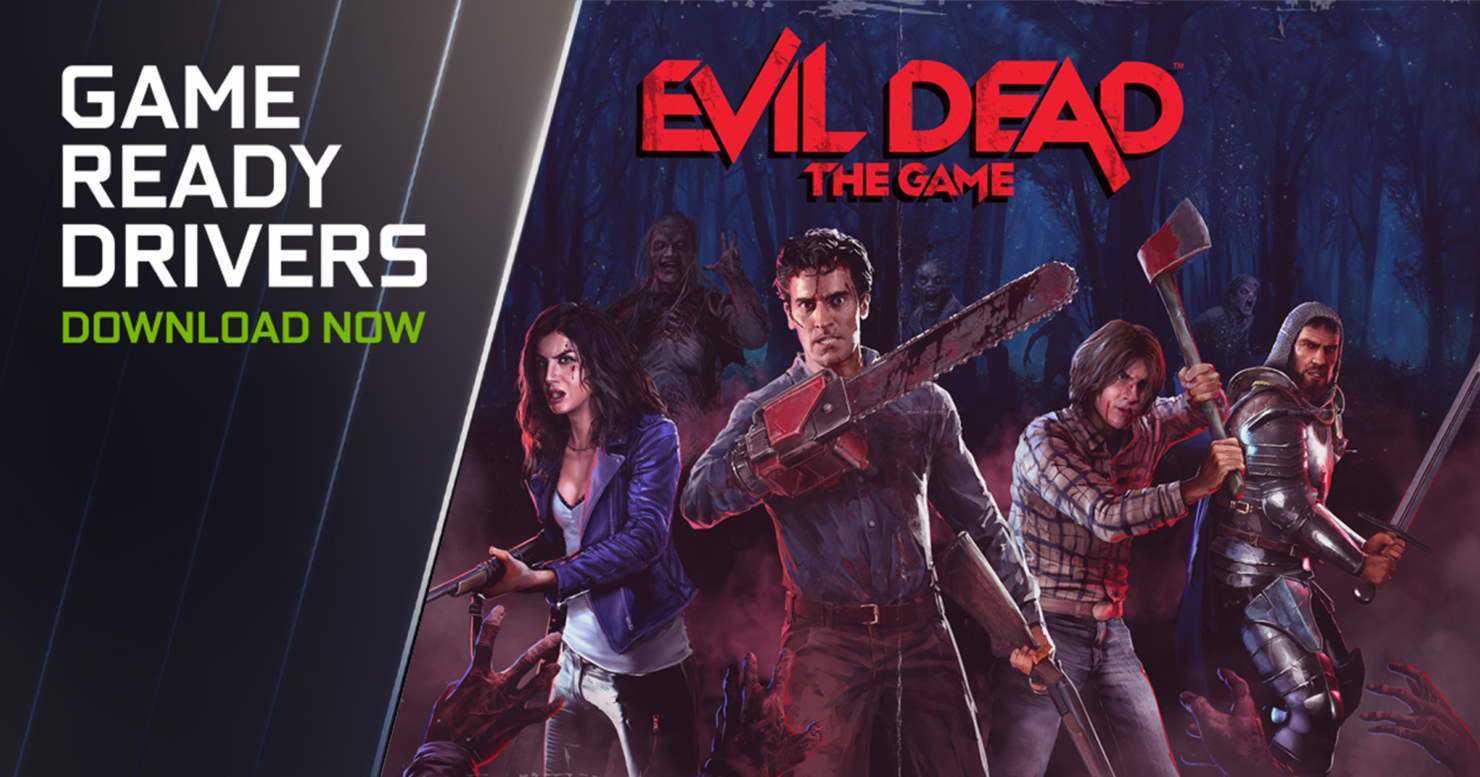 You thought today's news with Evil Dead: The Game getting added to GeForce NOW would be all there was to it? Well, NVIDIA begs to differ. The latest NVIDIA Game Ready Driver update has brought DLSS technology to the game alongside several optimizations for games like Dolmen and Vampire: The Masquerade - Swansong.

The latest Game Ready Driver also delivers several optimizations and enhancements for upcoming games such as Dolmen and Vampire: The Masquerade Swansong. Both games will have Day 0 enhancements for when they release on May 20 and May 19 respectively. However, the spotlight this time will be hogged by Ash Williams as the driver brings DLSS to Evil Dead: The Game before it releases tomorrow.

When you’re playing with up to three others to stop the forces of evil, using the classic Boomstick and chainsaw combo, or hunting down Ash as evil, you can ramp up performance and image quality using DLSS. You can watch a video showing off this feature below while also taking a gander at the performance chart below.

According to NVIDIA, Evil Dead: The Game can get up to 85% improved at Epic settings. With DLSS Performance Mode enabled, all RTX 3000 GPUs from the 3060 Ti onward get over 60 frames per second at 4K resolution. 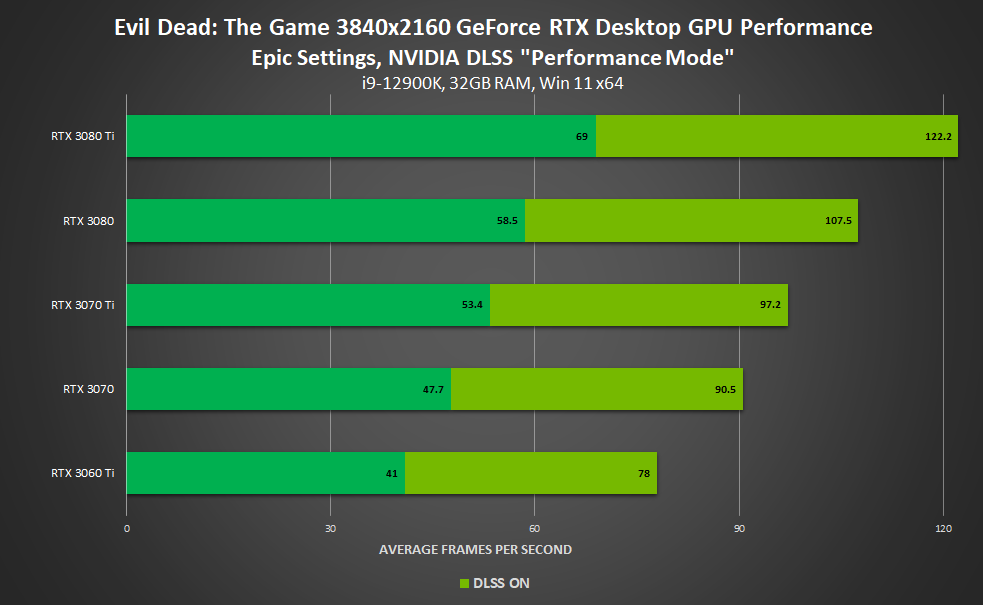 NVIDIA once again talked about the process behind the delivery of its Game Ready Driver initiative. This program started in May 2014 to provide the best gaming experience possible. This program creates a synergy with game developers, establishing a regular cadence of exchanging pre-release game builds and drivers.

The Game Ready Driver testing process involves over 1,000 different tests across a wide variety of launched and upcoming titles. This amounts to over 1.8 million hours of testing in 2021 alone. This is all done, so players have the best experiences with games from Day 0. It also focuses on excellence, extensive investment, and close cooperation with developers.

NVIDIA Game Ready Driver 461.40 Is Optimized for The Medium, Brings Some Crash Fixes