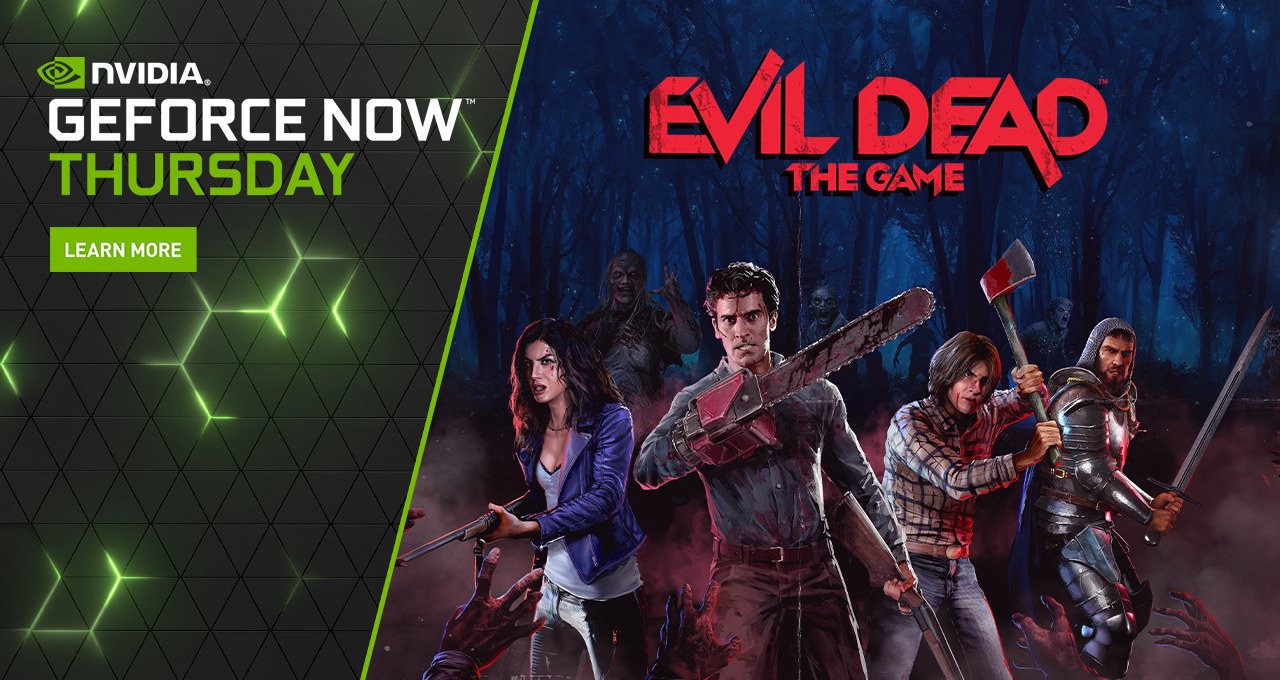 GeForce NOW's latest news won't see as much glamour as last week's, but it will still be a groovy development. That's because the service is now celebrating its 1300th addition in the form of Evil Dead: The Game. Of course, other games are added to the service this week. But the main spotlight will be on Ash Williams this week.

But like always, we'll cover the games being added to the service this week. The list of games added this week is as follows:

Evil Dead: The Game will join GeForce NOW as the service's 1300th title. The game will be available for streaming on the service starting tomorrow. In this game, you'll be able to work cooperatively with other players to fight against the armies of darkness. GFN players will be able to experience this game on a Mac or even mobile phones through the power of the cloud.

Of course, the experience will be enhanced much more when players activate the RTX 3080 membership. Thanks to NVIDIA DLSS, the horror and gore of the Evil Dead series will be majorly improved. Plus, you'll be able to stream the game at 4K resolution as you bring the bloodshed at a smooth 60 FPS.

GeForce NOW is currently available on PC, Mac, iOS, Android, and some select Smart TVs. Did you know that you can also gift RTX 3080 memberships as well? Maybe that would be a great way to play the game with your friends.