This week is going to be a very good one for fans of the Gears Of War series, as those who have played the Gears Of War Ultimate Edition before April 11th will be able to get access to the Gears Of War 4 multiplayer beta. With the beta beginning in a few days, The Coalition's Rod Fergusson has shared some new info for those who are anticipating finally being able to try out the team's upcoming shooter. 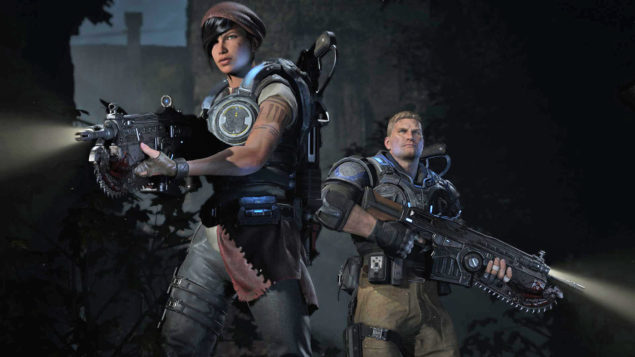 A few hours ago, Rod Fergusson has confirmed on Twitter that the Gears Of War 4 multiplayer beta won't be up for pre-load, so it won't be possible to download it before the testing phase actually begins on April 18th. Additionally, Mr. Fergusson has  confirmed that codes will be sent out in waves, so that the team can be sure to handle the load. While it's disappointing that many won't be able to get into the beta as soon as it begins, this is definitely good, as it will ensure that those that get in can actually play the beta.

Yesterday, a brand new Gears Of War 4 trailer has been shared online, detailing the game's setting and characters. The new entry of the series will be set 25 years after Gears Of War 3 and it will feature plenty of new characters.

Gears Of War 4 will launch on October 11th on Xbox One. We will keep you updated on the incoming multiplayer beta as well as on the final release as soon as more comes in on it, so stay tuned for all the latest news.