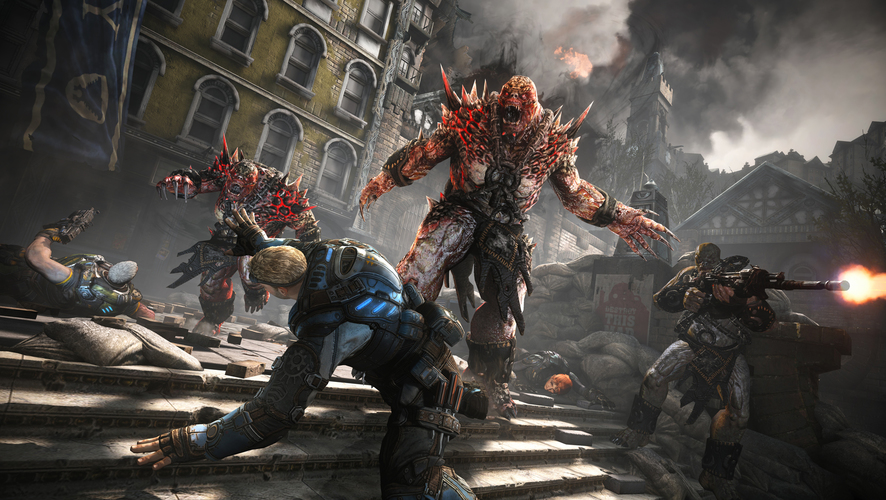 After a rather long wait, Gears of War 4 is going to be released in a little over two months. If you're thinking about getting the Xbox One digital version of the shooter game currently in development by The Coalition, you will be happy to know that Gears of War 4 might become available for pre-load almost a month before its release.

The official GameStop website is currently the Gears of War 4 Xbox One digital version with a pre-load date of September 13th, 9:00 AM CST. This pre-load date has yet to be confirmed officially, so take it with a grain of salt until an official confirmation comes in. 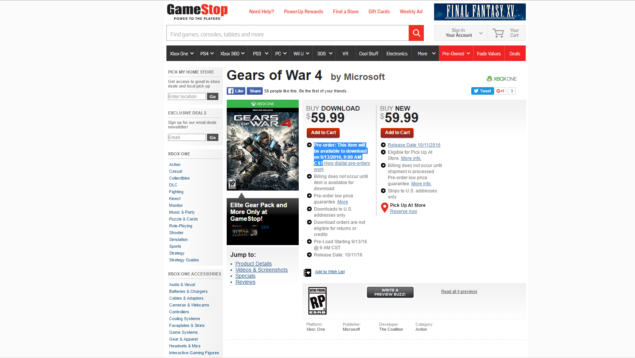 Last week, some interesting new details regarding the Gears of War 4 PC version have emerged online. According to The Coalition technical director Mike Rayner, Gears of War 4 on PC will include support for proper unlocked gframe rate at launch, dynamic resolution support and much more.

A Gears of War 4 trailer has been made available recently, showcasing sequences taken from the game's main campaign. There aren't huge spoilers in the trailer, so you can check it out even if you're trying to avoid getting any surprise ruined before the game officially launches in less than two months

Gears of War 4 launches on PC and Xbox One on October 11th. We will keep you updated on the game's pre-load date as soon as more comes in on it, so stay tuned for all the latest news on The Coalition's upcoming third person shooter.