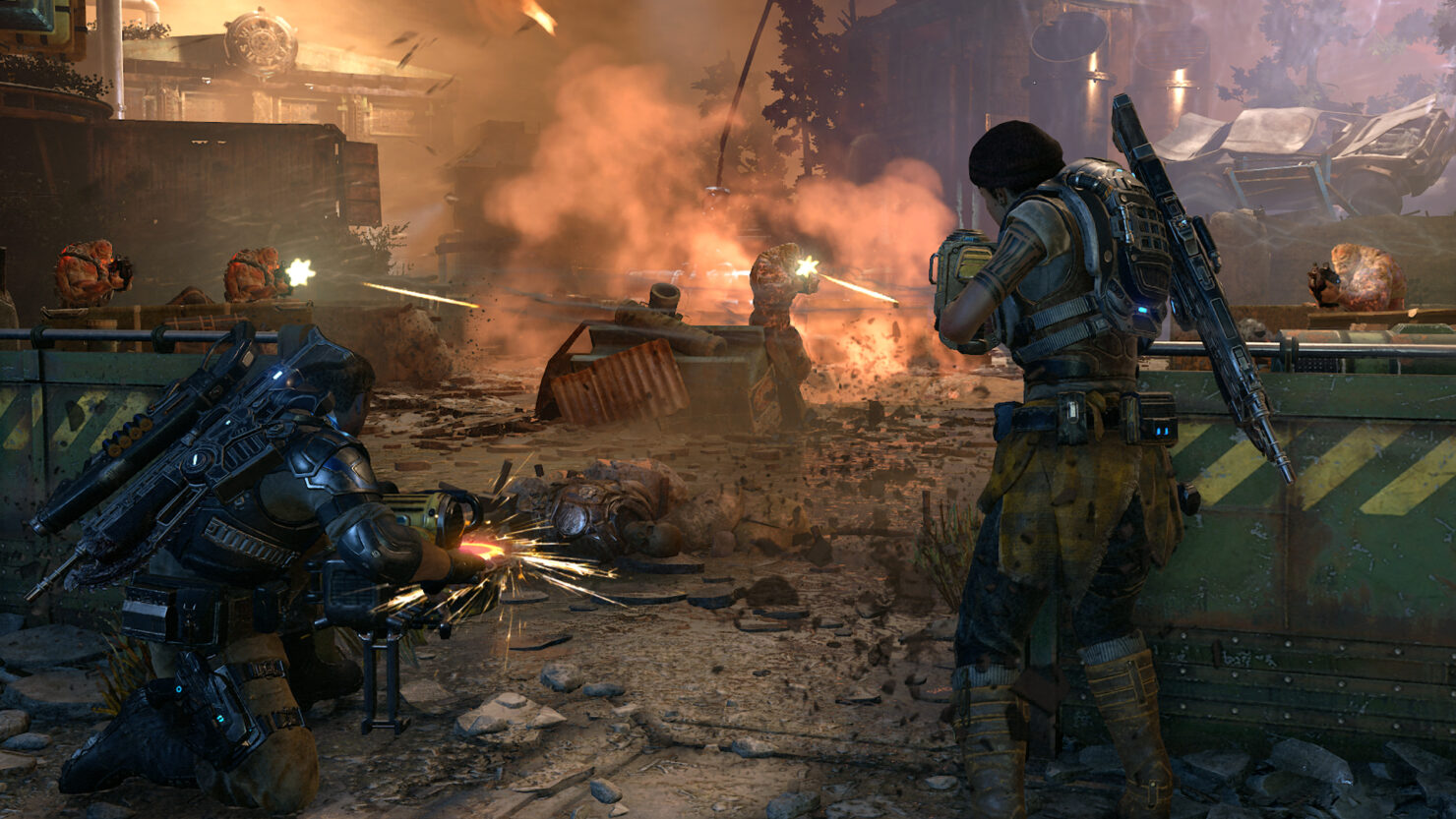 The Coalition has, several times, promised that Gears of War 4 will deliver heavily on the graphics front on both PC and Xbox One console. The PC version of the fourth installment in Microsoft’s best-selling military sci-fi third-person shooter video game franchise will, in particular, offer a slew of exclusive graphical features, the developer had promised, and indeed, so is the case. A new video from Gamescom, which is currently underway in Cologne, shows just how extensive the game’s graphics settings menu is.

Gears of War 4 will have a wide range of graphics options on PC, so that players “really have full control” over how the game looks and performs on their machines; that is what The Coalition has been saying, and that indeed is what they are working on. A couple of days ago, our teammate who is attending Gamescom confirmed with the studio that the upcoming shooter’s extensive graphics settings menu includes mGPU (multiGPU) and Async Compute options for players to experiment with. Today, a video from the show floor has revealed the entire menu.

The clip was posted by HomeCinéma-FR.com, you can check it out below along with some stills (for complete gallery, visit the forums). The Coalition, as it turns out, wasn’t exaggerating things. The general settings menu of Gears of War 4 comes packed with a lot of stuff, and the advanced graphics options are really quite advanced. You can start with basic graphics settings that include common options such as brightness, field of view, resolution scaling, and V-sync switch.

You may then move on to a ton of options that will allow you to have the game look just the way you want it. Texture settings, visual settings, real time cinematics; each one contains adjustable sliders for players to set things to their liking. Temporal AA sharpening, texture filtering, and ambient occlusion intensity are some of the options found under the aforementioned settings. Advanced settings allow you to turn dynamic resolution scaling, aliased render targets, multi-GPU and async compute on or off.

What’s more, Gears of War 4 also shows the impact that changing each graphics setting would have on your PC’s CPU, GPU, and VRAM. Seem like The Coalition surely is doing proper justice to the PC version of its highly anticipated game; those who wish to play the game in all its glory shall do the same with their PC hardware. The game requires quite some hardware power to run at settings that every PC player would want. You can check out full system requirements here, along with 10 minutes of 4K gameplay awesomeness.

Gears of War 4 is out on PC and Xbox One later this year on October 11. The game is set 25 years after the events of Gears of War 3 and follows Marcus Fenix's son, JD, as he goes head-to-head with new foes that threaten humanity.