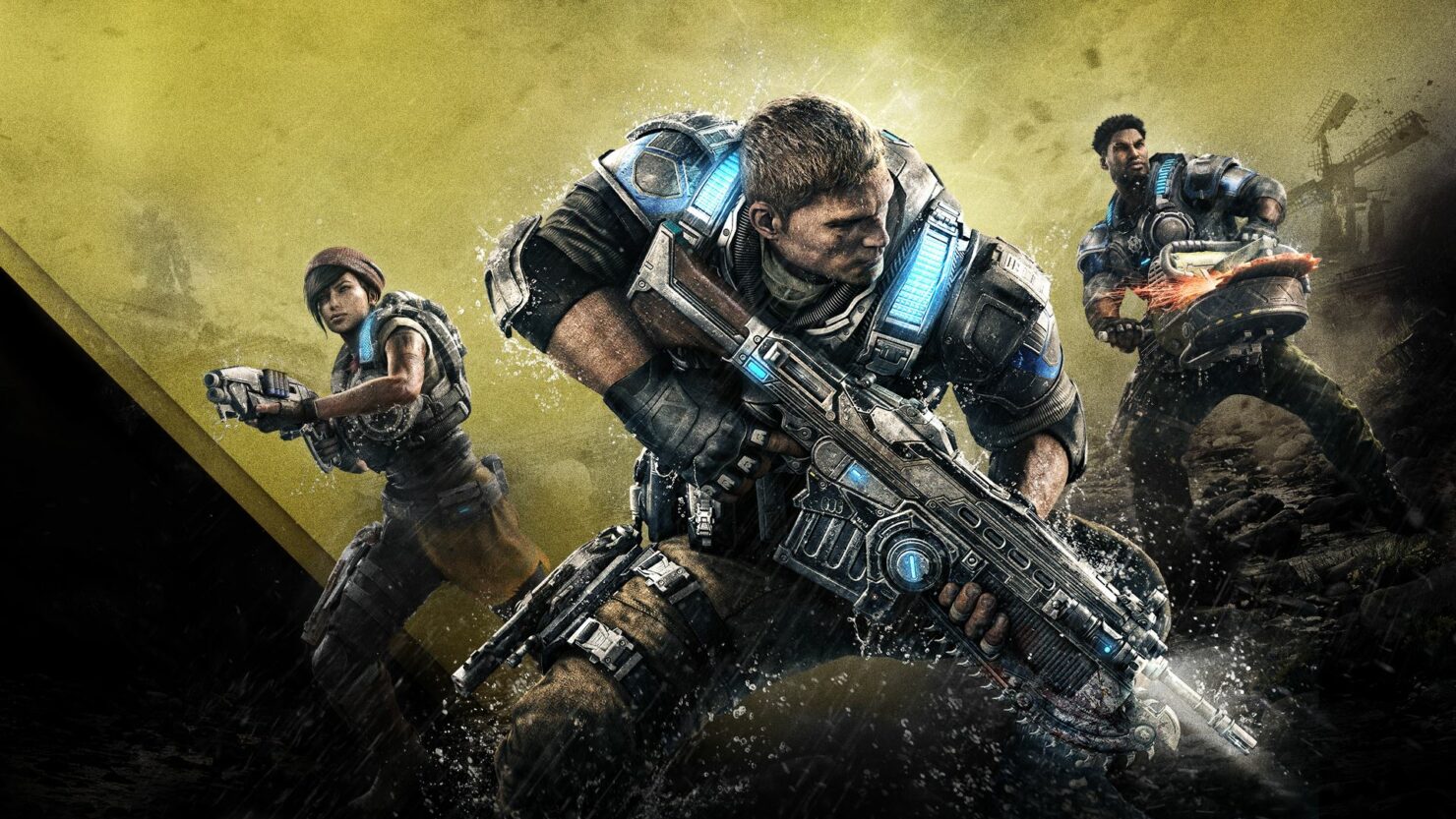 At Gamescom 2016, Microsoft has shown off Gears of War 4 PC in glorious 4K, and has revealed the minimum, recommended and ideal PC specs.

At the Xbox show floor, Gears of War 4 is playable in glorious 4K. The Windows 10 PC version of the shooter supports comprehensive video settings, increased texture resolutions, and dynamic resolution support up to 4K.

Starting today on the gamescom show floor, we’re excited to give fans their first opportunity to play Gears of War 4 on Windows 10 PC. Gears of War 4 is powered by a completely new rendering engine, with the Windows 10 version supporting comprehensive video settings, increased texture resolutions, dynamic resolution support up to 4K and more.

In this short gameplay demo through the “Rescue” chapter of Gears of War 4, our heroes JD, Kait and Del are chasing a large unknown enemy through an old COG fort. Along the way, they encounter two fierce Swarm enemies – Drones and Pouncers – for the first time, and have to battle their way through them before it’s too late. You can watch the video above or view it on YouTube.

Check out the complete lists of specifications down below: 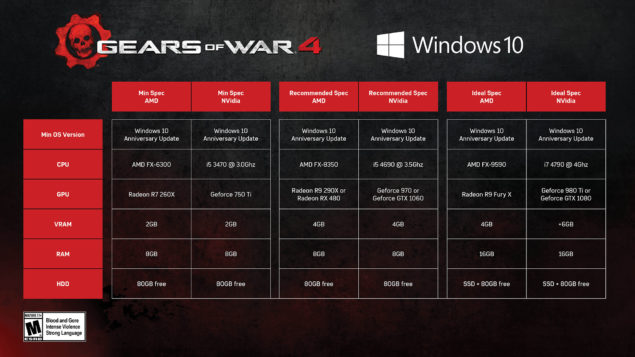 Is your system on par to play this marvelous shooter? Hit the comments below.