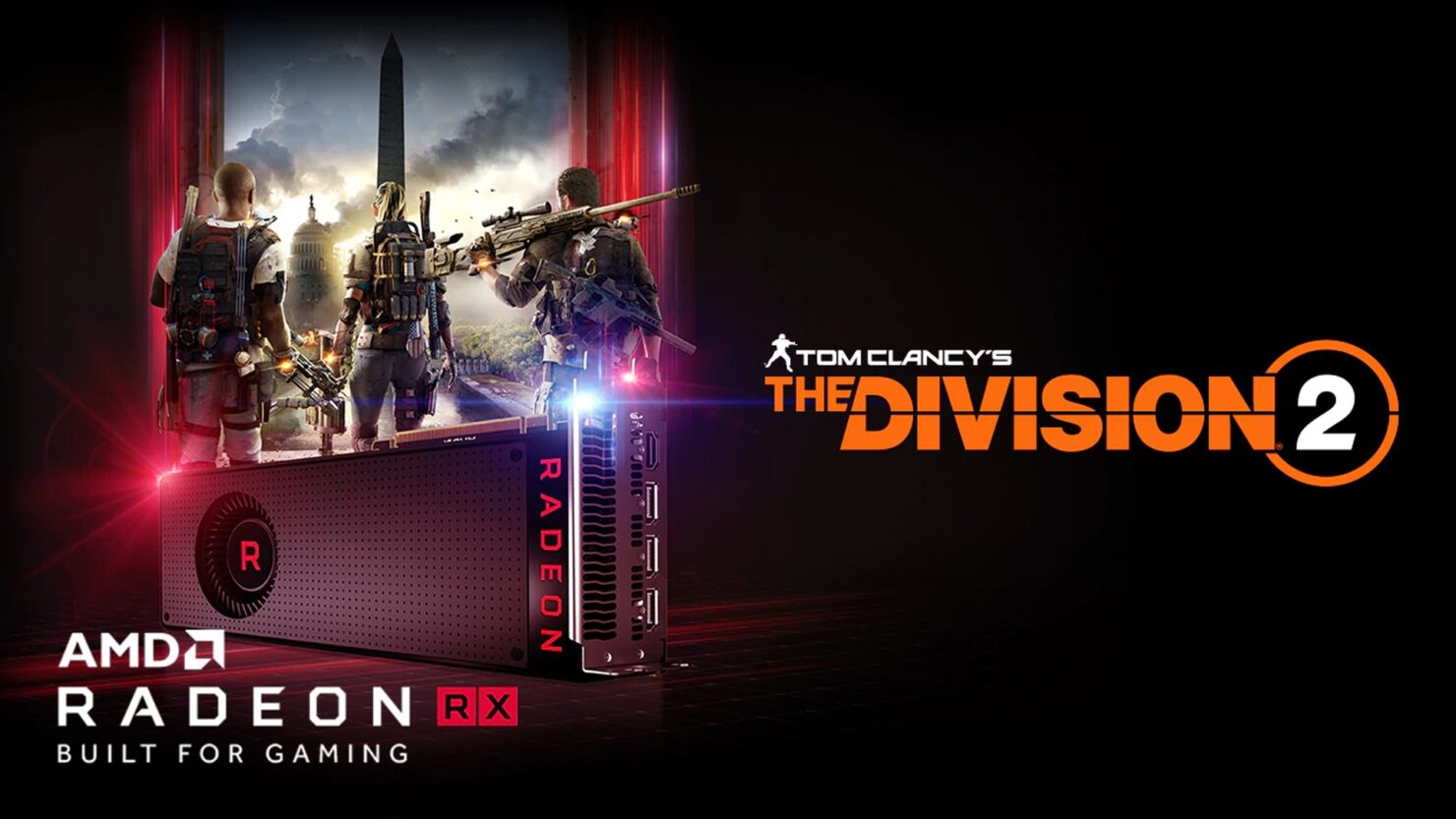 Ubisoft is known to switch it up when it comes to partnerships with AMD or NVIDIA. For instance, Tom Clancy's The Division was optimized for NVIDIA hardware on PC, featuring enhancements such as HBAO+, PCSS, and HFTS. However, for The Division 2 (due on March 15th), Ubisoft revealed a while ago to have partnered with AMD and now we've learned a bit more of the developer's focus on optimization.

Speaking to German website PCGamesHardware, Ubisoft Massive Technical Director Calle Lejdfors revealed that The Division 2 will feature improved DX12 performance thanks mainly to better use of the Asynchronous Compute technique, which is known to be a strength of AMD GPUs across the board (though NVIDIA significantly improved in this area with the Turing architecture).

Yes, we are still very much supporting DX12 and in TCTD2, DX12 performance over DX11 should be even better. This is in large part due to us making better use of Async Compute to parallelize more graphics work to ensure maximal GPU utilization. When it comes to DX12 performance, we are not pulling any punches and will make use of all tools in the toolbox. The only thing we do not yet have is variable rate shading, but rest assured that is an active area of research for future performance improvements.

Lejdfors then discussed the improvements made to the graphics engine and to the procedural destruction technology for Tom Clancy's The Division 2.

We have improvements to the engine in more ways that I can possibly remember. Among the stand-outs are support for GIS and LIDAR data, allowing us to use real-world data like that used in GPS's to reconstruct Washington DC accurately. We updated the render pipeline to support HDR displays and, while doing so, also changed the internal lighting model leading to more accurate, better looking visuals. We also added support for great looking water, terrain, reflections, skin shading, fog/volumetrics, better skies, etc.

The core of the fully procedural destruction tech remains very similar. We will make sure that destruction for The Division 2 is more consistent and that everything can be shot at and will break in an appropriate way. I wish we could take it even further, but the online aspects of The Division 2 put some physical speed-of-light type limitations on what we can realistically do. For example, sending enough data to accurately represent large scale destruction events is simply not feasible due to the lack of end-user bandwidth for most users.

Last but not least, he vowed that there will be substantial improvements on two thorny issues of the first The Division game: cheating and lag.

We are taking cheating very seriously, and if there is something we have learned running The Division live it is that effective anti-cheat is something that needs to be considered at every step of the development process. For The Division 2, we are taking great care to strengthen our cheat detection. I cannot go into extensive details, but we will have more accurate server-side tracking, better technology for dealing with individual skills, and improvements to client-side tamper detection. A lot of these efforts have the added bonus of also improving lag and overall tolerance of network behavior.

Issues generally classified as "netcode" can be due to a large variety of sources, and going into details how we are combatting those different problems is not possible. However, I can say that we are looking at everything from how skills are constructed on the design-side to using alternative network protocols to make the situation be drastically better this time around.

The Division 2 is getting a beta test from February 7th to 11th, available for those who pre-order the game or are lucky enough to be randomly invited into the test.