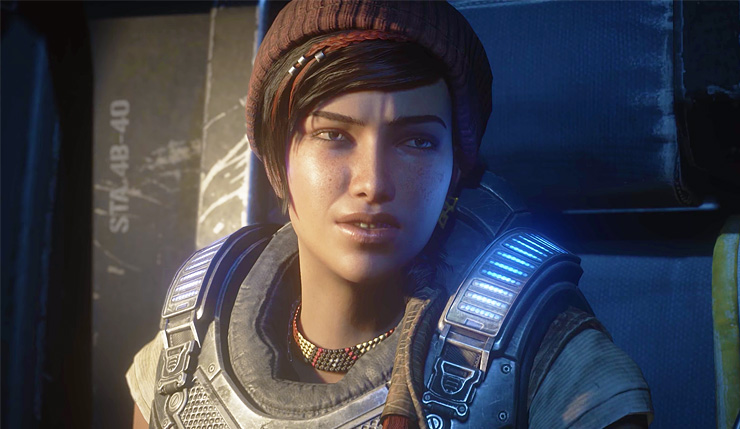 Earlier this week Microsoft revealed the Xbox Series X’s full technical specs, and at the same time, they showed a demo of Gears 5 running on the new console to select journalists and YouTubers. Apparently, Gears 5 developer The Coalition only worked on this demo for two weeks, showing how quickly developers should be able to get up and running on Xbox Series X. If you’d like to check out the 4K Gears 5 footage without any commentary, you can do that, below.

The tech heads at Digital Foundry have since done a full analysis of the Gears 5 Xbox Series X demo, comparing the new footage to Gears 5 running on a high-end PC and the Xbox One X. Check that out below.

As you can see, the Gears 5 on Xbox Series X does look noticeably better than the Xbox One X version. On XSX the game basically runs PC Ultra settings (and sometimes beyond Ultra) at 60fps, even in cutscenes. We also see evidence of some advanced techniques, including more natural-looking Screen Space Global Illumination lighting and some impressive volumetric fog. Ray tracing and other new DirectX 12 Ultra features have not yet been implemented, but there’s a very good chance they’ll be added by the time the Xbox Series X launches later this year (again, this demo was thrown together in only two weeks). The Coalition has also said they hope to get multiplayer running at 120fps.

Digital Foundry also got to see the Gears 5 benchmark running on the Xbox Series X and performance was almost identical to a PC equipped with an AMD Ryzen Threadripper 2950x and GeForce RTX 2080 Ti graphics card. So yeah, at least when it comes to running current-gen games, Microsoft’s new console stands up to (almost) the best PC hardware you can get.

Gears 5 is currently available on PC and Xbox One. Those who already own the game on Xbox One can upgrade to the Xbox Series X version for free via Microsoft’s new “Smart Delivery” program. What do you think? Were you impressed by the demo?