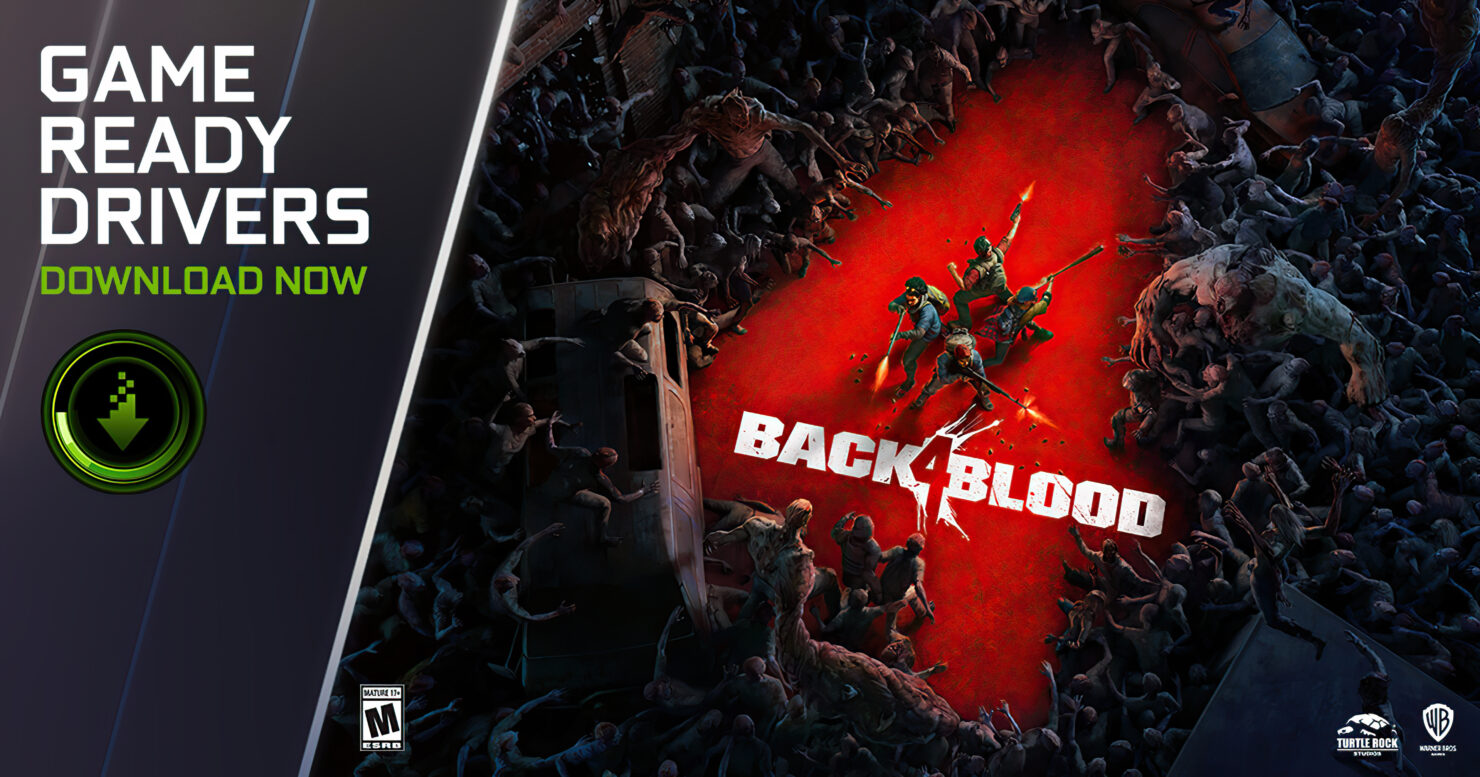 NVIDIA released a new Game Ready driver today, version 496.13, which delivers optimizations for Back 4 Blood and other games that are receiving NVIDIA DLSS support (more on that below).

Interestingly, the new Game Ready driver also adds a Shader Cache Size control option that can be tweaked via the NVIDIA Control Panel. Check out the full changelog here, or our edited highlights in the following quote.

Alongside the latest Game Ready driver, NVIDIA also announced several games that are getting DLSS support, bringing the total list to 120 between games and applications.

Back 4 Blood is one of them, its performance improved by 44% when using DLSS Performance Mode at 4K. 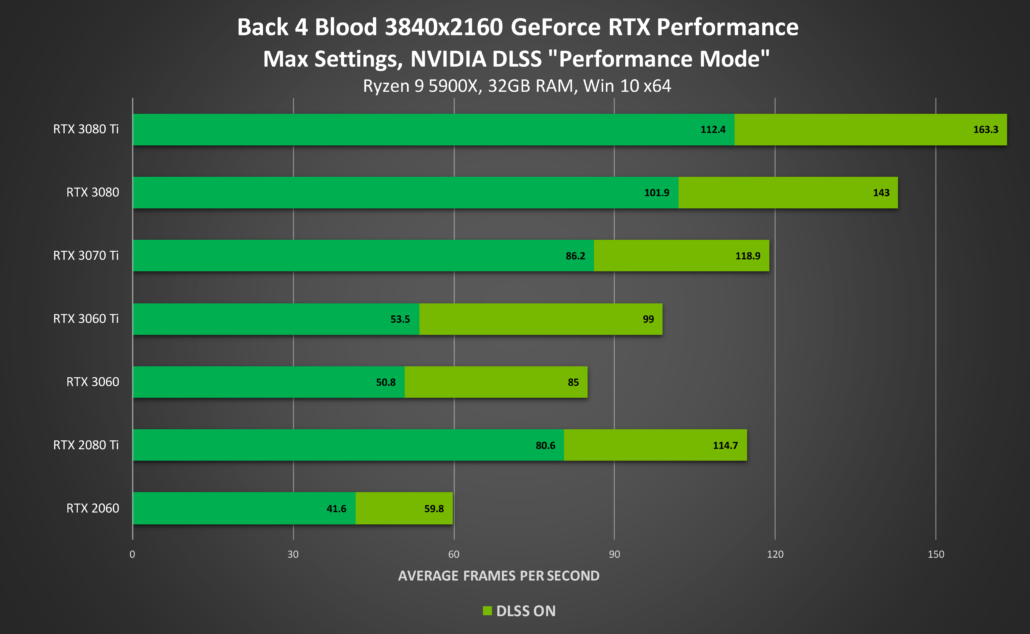 Larian's Baldur's Gate 3 will enjoy twice as much of a boost in the same conditions, according to NVIDIA, when the next patch is released by the developers later this week. 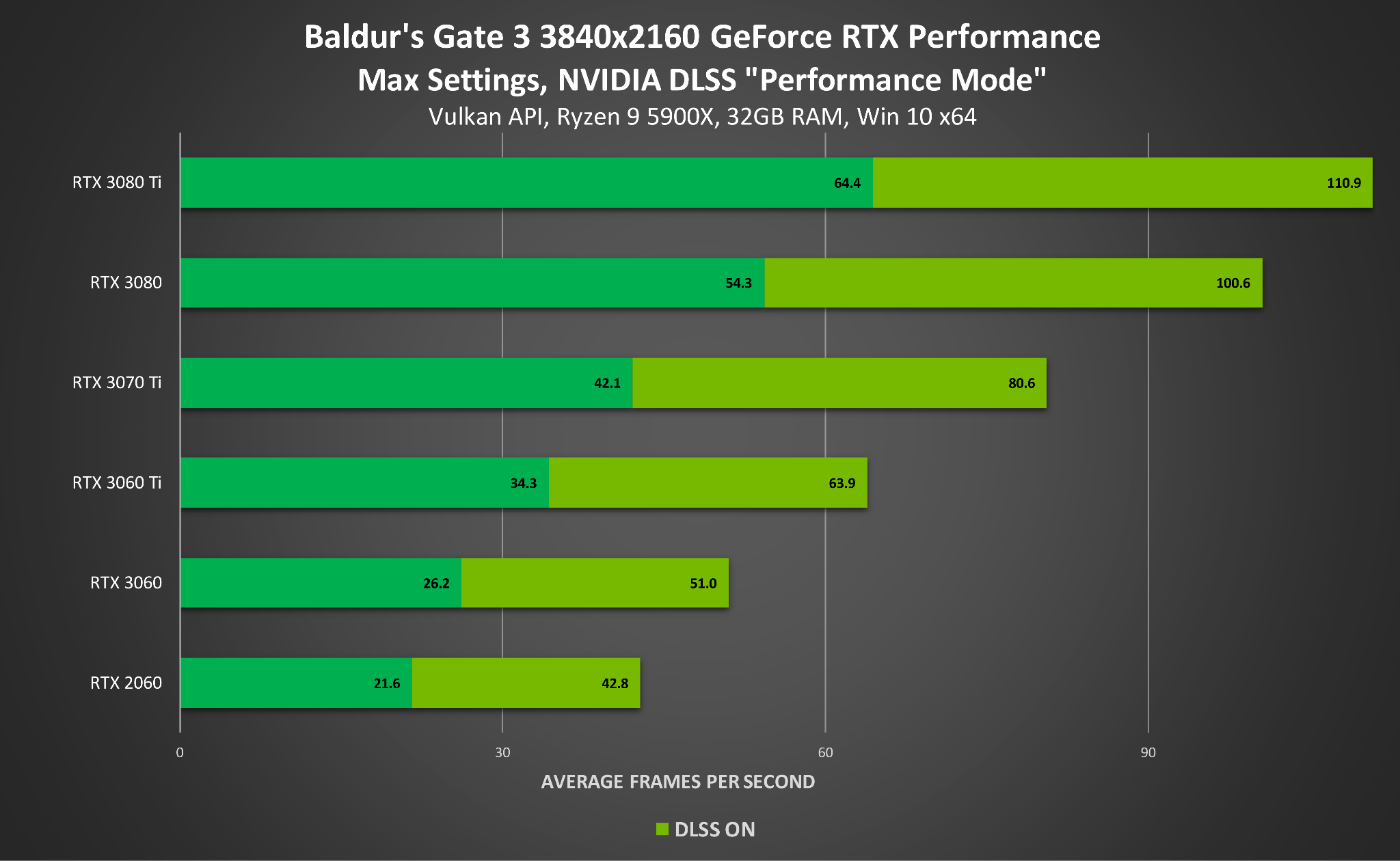 Chivalry 2 can run up to 45% faster at 4K with DLSS Performance Mode enabled. The update will go live on October 26th. 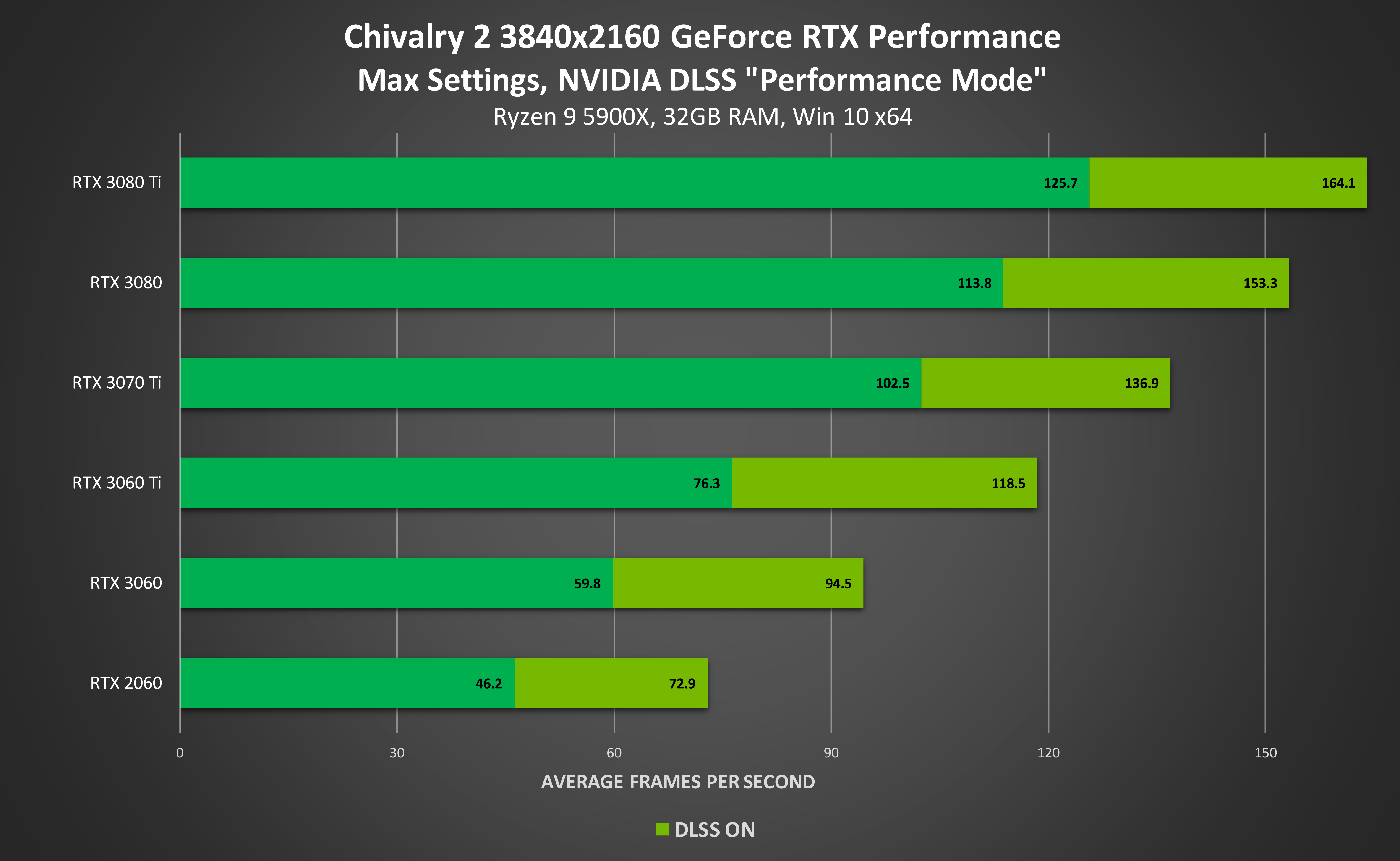 The MMORPG Swords of Legends Online will get up to a 60% performance boost with DLSS Performance Mode at 4K once the game's update goes live in two days. 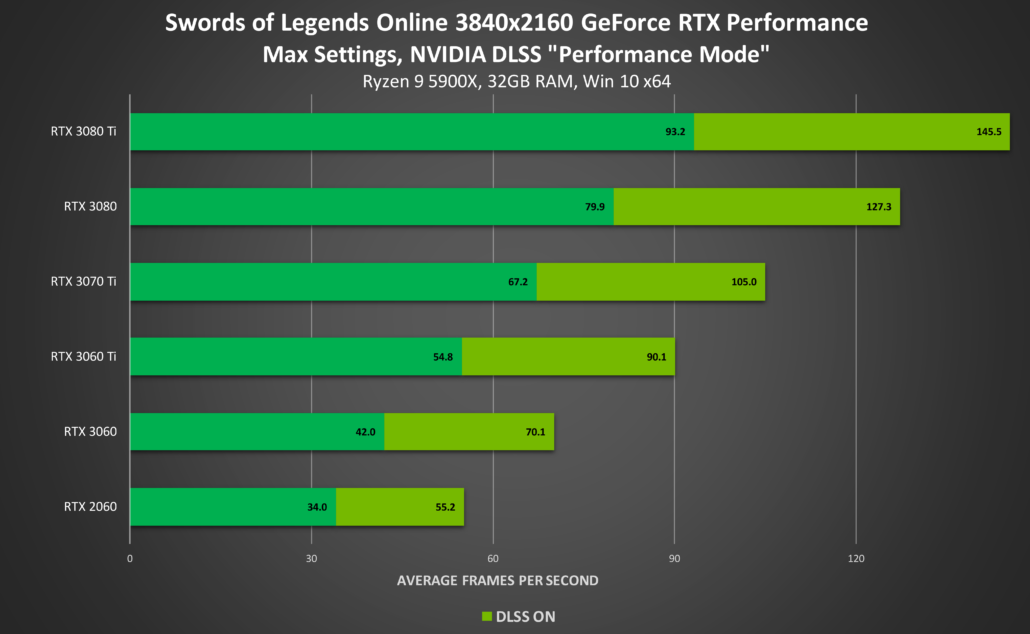 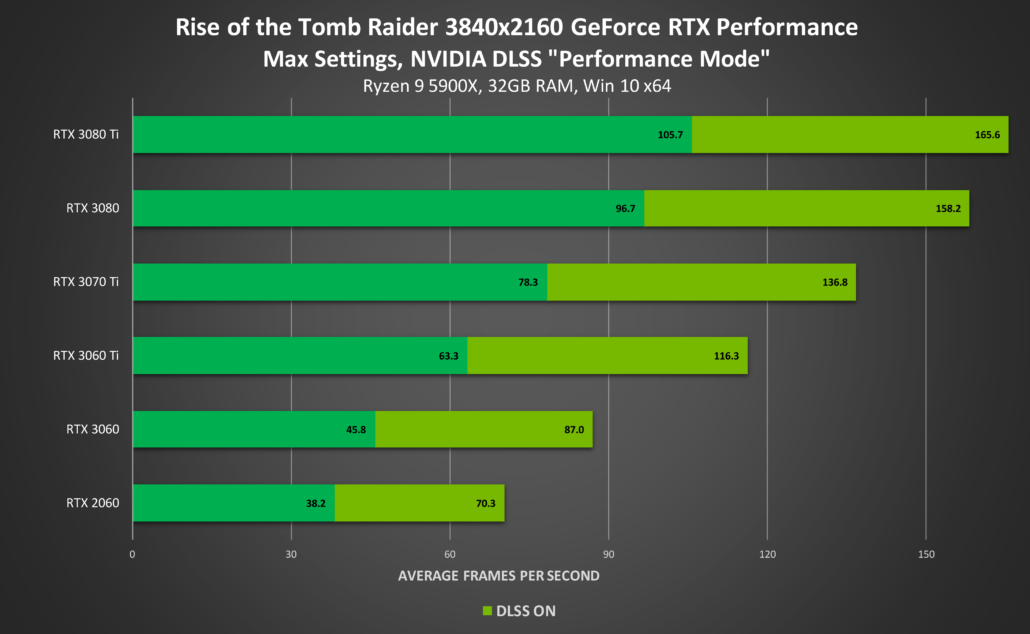 Shadow of the Tomb Raider already supported DLSS 1.0, but the new version improves both quality and performance. According to NVIDIA, performance is more than doubled in this case; the game update will be available on October 18th. 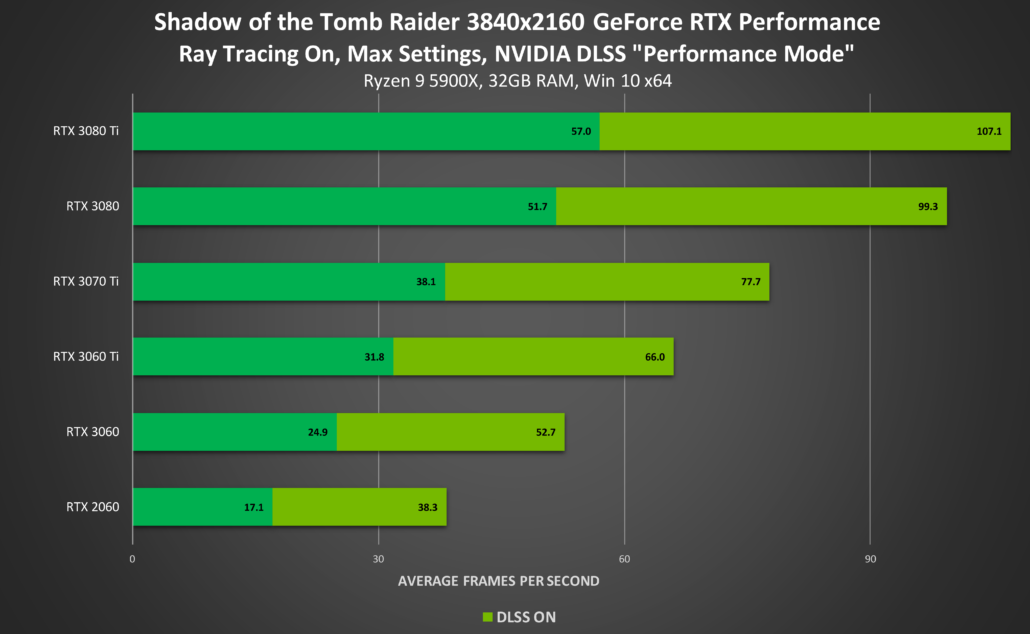 Sword and Fairy 7 will be released next week, featuring both ray tracing and DLSS support.

Last but not least, Crysis Remastered Trilogy is set to launch on October 15th with NVIDIA DLSS support, too.