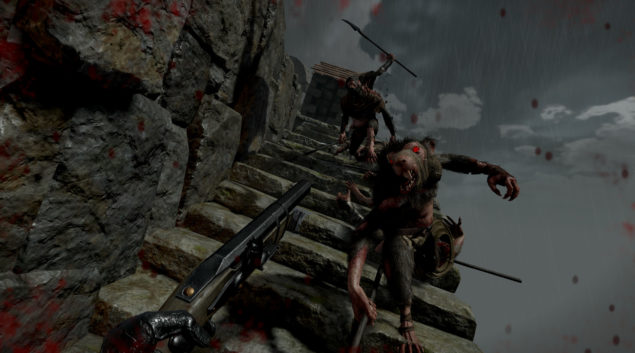 Warhammer: End Times - Vermintide got its second second free DLC today, as well as a new map set in the iconic fort Schluesselschloss.

It's times like these that make me happy I don't have to read these things out for radio.

Last Stand is a new game mode where players have to fight hordes of Skaven. The longer you live, the harder it becomes and the more rewards you get to lap up. This free piece of DLC includes a new map, The Town.

“With Last Stand we’re raising the bar a couple of notches - teamwork becomes absolutely necessary to survive. If you thought one Rat Ogre was difficult, imagine them in a tag team.”

Oddly enough, Warhammer now has ties with the Eurovision Song Contest. For those of you outside of the Eurozone who aren't sure, the song contest is how all European countries decide their trade agreements. Score nul points and your people will starve for another year.

It's deadly serious and not at all a pointless exercise in political grandstanding and odd acts. That'd be stupid.

Swedish pop star Måns Zelmerlöw's song Heroes can be heard in the trailer for Last Stand. As Rikard Blomberg, CFO of Fatshark, explains:

“I listened to the song while driving, and I kept picturing the Vermintide heroes in front of me. It was simply the perfect song for a trailer. We called the record company the very next day, and my car driving vision became a reality.”