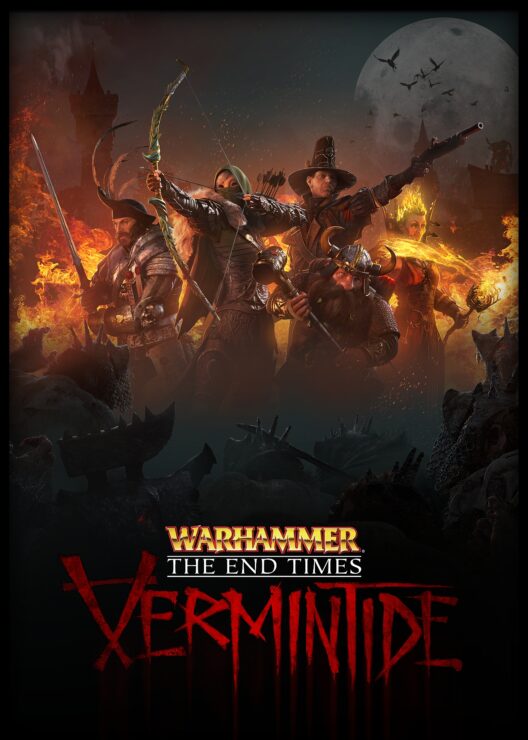 Fatshark and Nordic Games just announced in a press release that Warhammer: End Times - Vermintide will launch on PlayStation 4 and Xbox One on October 4th, 2016.

Fatshark will self-publish the digital versions on both consoles, while Nordic Games will take care of the physical editions worldwide. Martin Wahlund, CEO of Fatshark, said:

More than half a million PC gamers have already taken Vermintide to their heart, and this fall it's time for console players to do the same. The consoles will get an extended version that includes all DLCs released for the PC version to date. We are over the moon to be working with Nordic Games on this release as their experience and expertise are incomparable.

The combination of Fatshark and Warhammer seems too good to be true. We do have quite a few fanboys in our team, who played Krater, Lead and Gold, and – of course – also played the hell out of Warhammer Vermintide on PC. To say we are stoked to work with Fatshark on Warhammer Vermintide for consoles and the physical edition for PC is the understatement of 2016 in my book.

Warhammer: End Times - Vermintide is a four player co-op game where gamers are faced with an overwhelming horde of Skaven, which overrun the city of Ubersreik. The game released on PC (Steam) last October and received 80% positive reviews by users, though our review rated it a little lower (7.4/10) than that.

The console version will include the super challenging Last Stand game mode as well as its two maps, where the players fend off horde after horde of Skaven in intense and increasingly difficult battles. It will also include Sigmar's Blessing as well as the Drachenfels DLC, which contains three additional adventure maps set outside of Ubersreik.

Check out the trailer for the console debut of Warhammer: End Times - Vermintide below.