Galaxy X Might Just Be Another Galaxy Note 8 in Screen Size, but With Two Halves Instead of a Single Display 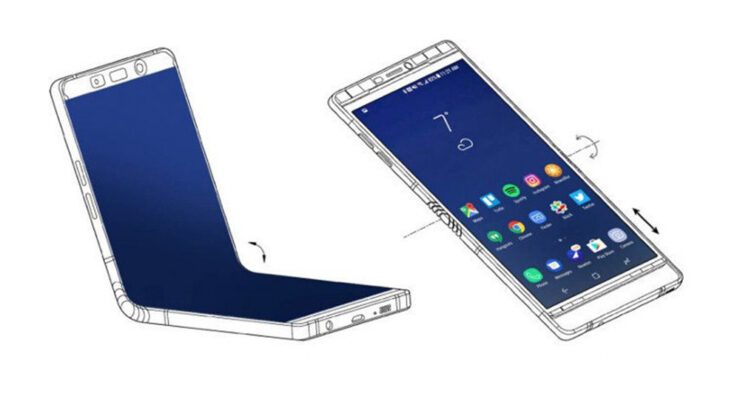 Looks like things are finally falling into place for Samsung. Even though Huawei could be the first one to introduce a foldable phone to the market, Samsung will not be too far behind. As per Korean sources, the design of Samsung’s foldable phone, which is dubbed the Galaxy X, will be finalized in June.

It was earlier thought that the size of the screen when unfolded, would be similar to that of a tablet, but now we have more clarity. The prototype that Samsung had secretly showcased was akin to two 3.5-inch halves and another 3.5-inch display on the outside that acts as an information ticker when the device is folded.

When unfolded, the showcased prototype was as big as the Galaxy Note 8. In that case, the Galaxy X might not be the size of a tablet after all. We don’t know which design will be finalized, but apparently, some part makers have already started taking orders.

Samsung is expected to make trial batches first. Overall, it will make around 0.5-2 million units but do not expect to see the Galaxy X any time soon. At the earliest, it will be launched next year. Since smartphone replacement cycles have increased, companies like Samsung are trying to introduce innovative designs. However, mass production of foldable phones is still a risk that’s why Samsung will produce limited units at first.

As to why such caution with the release, one industry insider says the following

“As the replacement cycle of smartphones has become longer, Samsung Electronics has been unable to delay the introduction of innovative designs like foldable.”

Are you excited to see a foldable smartphone from Samsung in the near future? Tell us down in the comments.

Is Samsung Ditching the ‘Galaxy S’ Branding With Another Moniker for Its Flagship Lineup?