Galaxy Watch 3 Leaks in Full Glory and it Looks Amazing 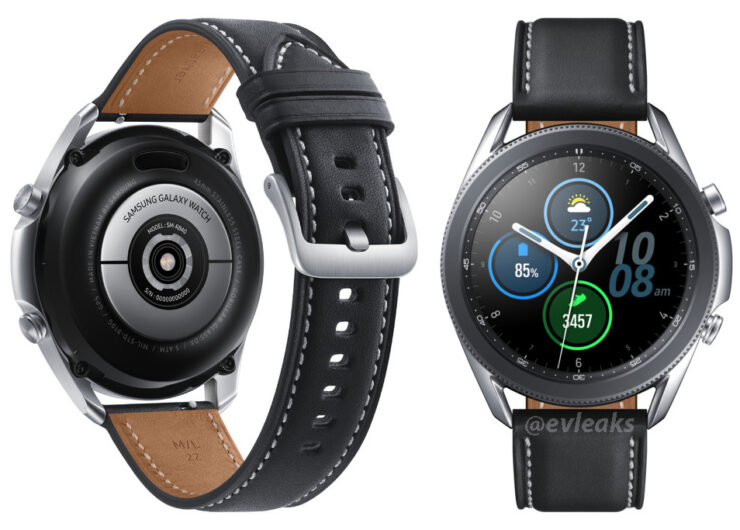 Samsung Galaxy Watch 3 is getting ever so closer to the official announcement in July followed by a release in August. Over the past couple of months, we have managed to get our hands on a number of leaks pertaining to the watch. Everything ranging from live pictures to specifications and features has made the rounds on the internet.

Today, we have our first press renders for the watch in both 41mm and 45mm and in two different colorways. From the looks of it, the Galaxy Watch 3 is shaping up to be a stunning smartwatch.

Now, being a watch enthusiast, I have felt that smartwatches do not carry the same look as your traditional watch would do. However, the Galaxy Watch 3 aims to change that as it looks a lot like your traditional watch, complete with those lugs, and the round bezel, you are even getting a rotating bezel synonymous with GMT or dive watches. The leak is coming as a courtesy of none other than @evleaks who shared the Galaxy Watch 3 in both the traditional black and bronze colorway.

Aside from the traditional black, Evan has also shared the picture of a bronze version of the watch, but this time, in 41mm size, and I have to say, I am definitely buying this colorway the moment it releases. Here is how it looks.

If everything goes accordingly, which it should, then Samsung will be revealing the watch along with Galaxy Buds Live next month. Both of these devices will be released in August, however. Possibly at the Unpacked event alongside the Galaxy Note 20, Fold 2, and Galaxy S20 Fan Edition.

Are you looking forward to the Galaxy Watch 3? Let us know your thoughts below.