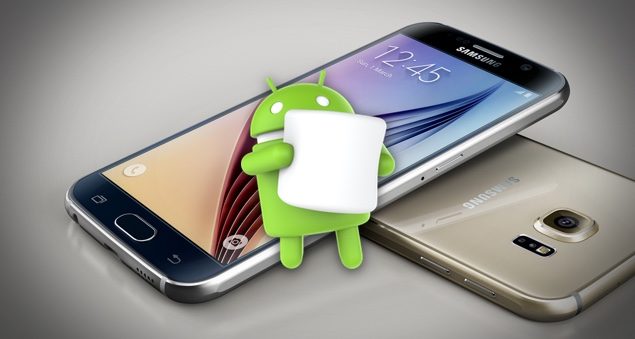 Usually manufacturers are slow to jump onboard the bandwagon whenever Google announces a new update to Android. In the case of Marshmallow, we are seeing a repeat of what happened last year, with many OEMs yet to decide when the software update would be pushed to their devices that are currently sitting in the market, with Samsung being one of them. But thanks to a leaked document that has surfaced online, we now have an idea when we should expect our Galaxy devices to see the latest software goodness from Mountain View.

The complete table is as follows: 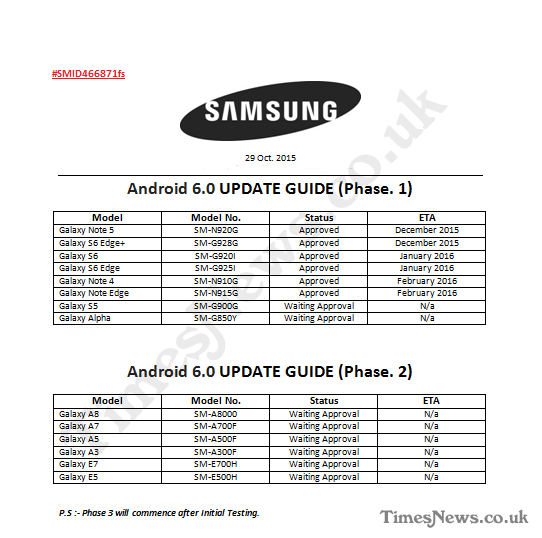 In case you're having a hard time going through the table, especially if you're viewing this on a mobile device, then here's everything in plain text:

One thing that everyone should note right now is that the above mentioned devices are those which are completely unlocked and are not tied to any sort of carrier out of the box. Carriers have their own set of rules which Samsung has to comply with, therefore the release schedule is different for those devices.

It's also great to see that Samsung is pushing out Android 6.0 Marshmallow very quickly for its flagship handsets in the market, such as the Note 5, Galaxy S6 etc. But it would've been great if everything was more unified on the timetable, with updates arriving simultaneously for all devices. We're sure fragmentation has to do something with that, and we'll accept the above leaked document at its face value.

Whenever Samsung starts rolling out Marshmallow for its devices, we'll cover the news in great detail here, so be sure to tune back in!