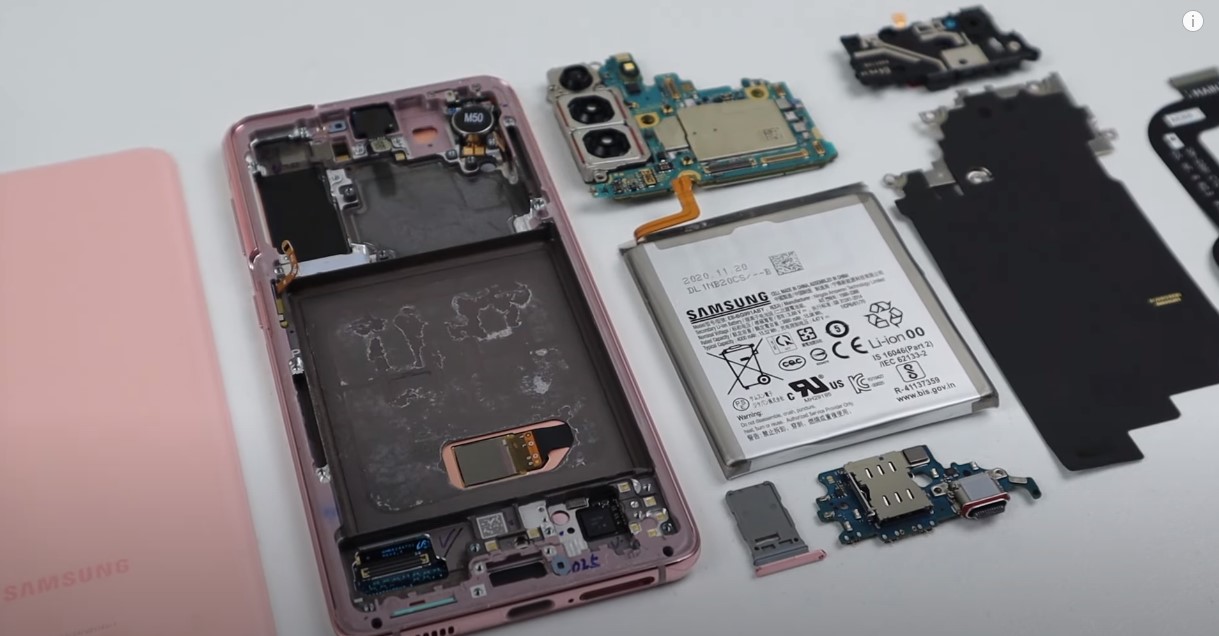 Though Samsung has made the Galaxy S21 easy to teardown, previous evidence revealed the company was locking down third-party repairs for other models. Looking at that evidence, one would assume that Samsung follows the same suit with its latest flagship line, but you’d be surprised. A new video shows that it’s easy to swap out components between two Galaxy S21 models without running into problems.

Hugh Jeffreys has a YouTube channel with a wide audience that he’s garnered because of his ability to take apart smartphones, piece them back together and perform restoration videos. On this occasion, he wanted to find out if he’d run into the same problems earlier exhibited when he swapped out the fingerprint readers on two Galaxy A51 models. However, a separate video revealed that the fingerprint reader on the Galaxy S21 is glued into place and isn’t user-replaceable.

The YouTuber then decided to swap out the camera modules instead to see if they would give him problems. Surprisingly, all cameras worked perfectly, showing that Samsung might be limiting third-party repairs on its less pricey smartphones. Though the fingerprints weren’t swapped, Hugh Jeffreys checked if they recognized his fingers after the camera swap; they worked fine, unlocking the phone in a jiffy.

While repairs appear reasonably simple on the Galaxy S21, one massive hurdle was how difficult it was to pry off the battery. As you can see clearly in the video, there are no pull-tabs, so you’ll have to use some force to remove it. Unfortunately, during the process, the YouTuber broke his guitar picks, showing that you’ll need more robust tools to remove the cell from the housing.

Fortunately, thanks to the excessive amount of adhesive used, Hugh placed the battery in the Galaxy S21 rather easily. Putting the components back was also a walk in the park, but there’s something that still worries us. Samsung could still lock third-party repairs with a future software update. We’ll have to monitor the company’s future plans, so we’ll keep you updated soon.