Although a handful of the smartphones on the market feature an in-display fingerprint sensor, the Galaxy S10 would reportedly be Samsung’s first smartphone to come with such a solution. So far, it was assumed that Samsung will procure Qualcomm’s Ultrasonic fingerprint scanner for its upcoming smartphone, but a recently discovered patent seems to state otherwise.

Samsung submitted a patent to WIPO back in April and it was published on October 18, 2018. Titled ‘Biometric sensor and device including the same’, the sensor details the working of an optical in-screen fingerprint scanner.

It is important to maintain a constant distance between an optical sensor and the display for it to work correctly, but external elements may degrade the performance of the scanner over time. To address this issue, Samsung has described a system in which the fingerprint sensor is etched to an opening on a printed circuit board to ensure that a safe distance from the display is maintained. 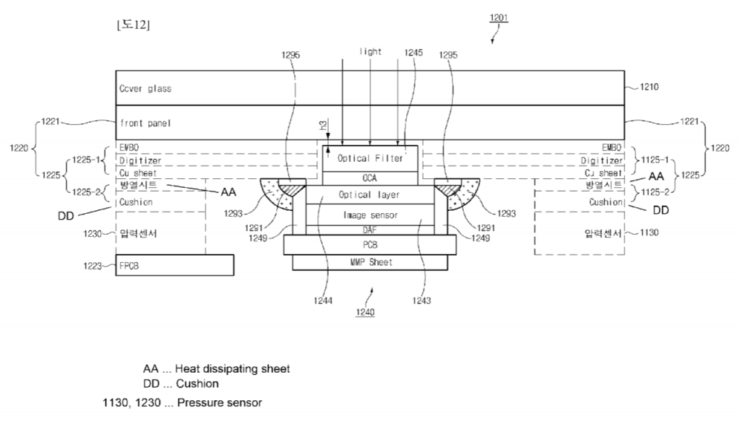 In recent times, instead of outsourcing tasks, OEMs are trying to become more self-dependent to reduce their reliance on other manufacturers and keep costs in check. In fact, the reason why a lot of manufacturers such as Xiaomi, OPPO, Huawei, and Vivo opted for an optical sensor is to keep costs down. If the recently published patent is any indication, Samsung might make its own in-display sensor instead of getting it from Qualcomm. 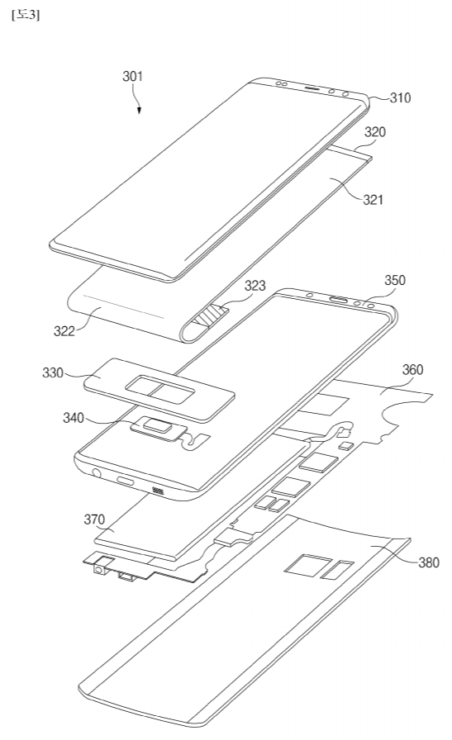 Although ultrasonic sensors have a certain advantage, such as not being vulnerable to water droplets, dirt, and allowing the whole display to be used as a fingerprint sensor, they are more susceptible to the wind and temperature fluctuations. Comparatively, optical sensors are more accurate and faster. Maybe that explains why Samsung is developing an optical sensor instead of an ultrasonic one.