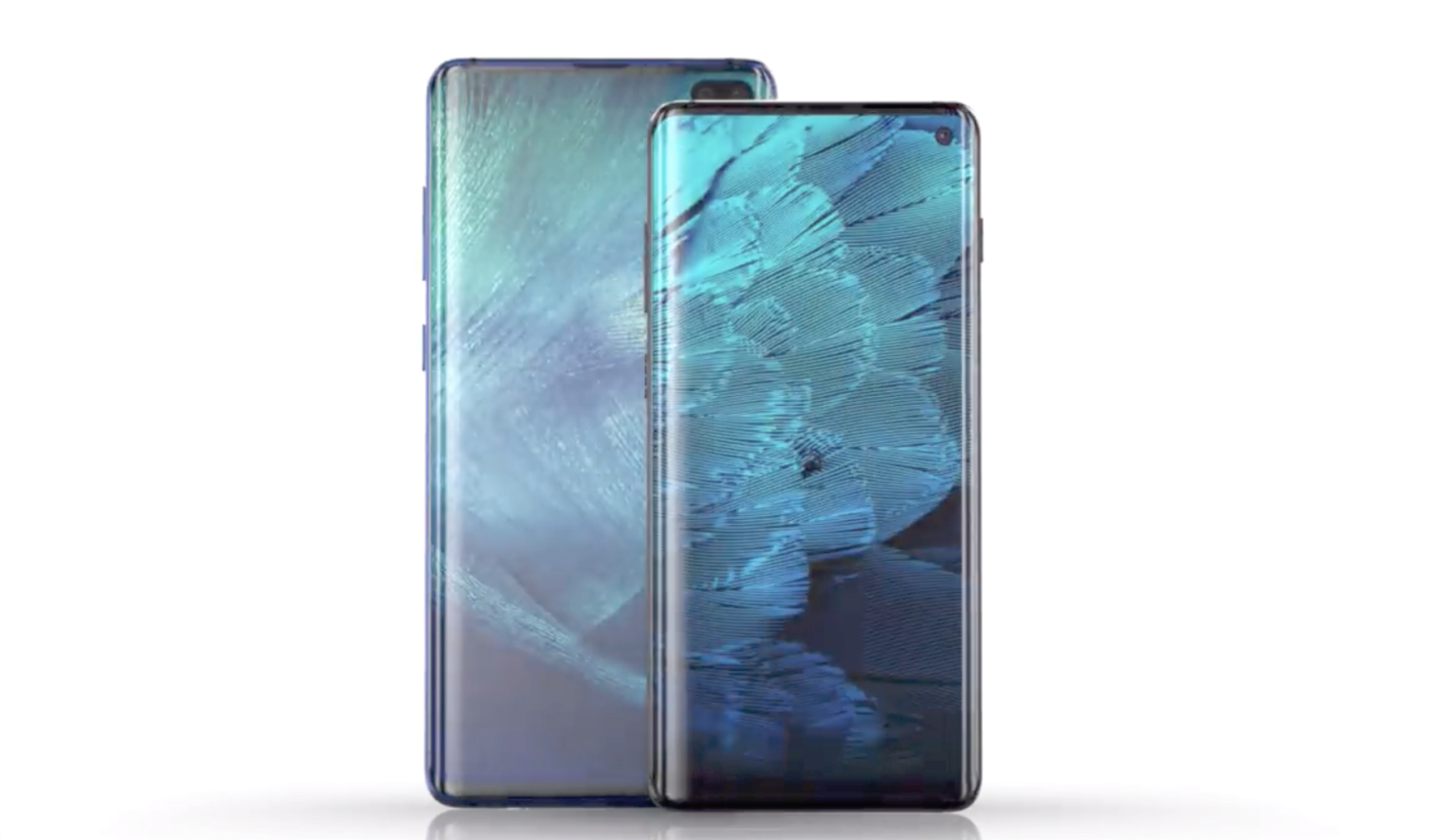 Over the past week, the Samsung Galaxy S10 has leaked like hot cakes. Information for the upcoming device(s) suggests that we will get three smartphones next month. One of the gadgets will be an entry-level variant that's dubbed as the Galaxy S10e in several reports. The other two will succeed the Galaxy S9 and the Galaxy S9 Plus. Now, we've got more information - both official and unofficial - for the upcoming smartphones. Head over below for more details.

Earlier today, a benchmark for the Exynos 9820 finally gave us some good news for the processor's multi-core performance. The chip scores 10,387 points in multi-core and 4,472 points in GeekBench's single-core tests. This is a solid gain from another one of the chip's benchmarks with a disappointing 9,570 multi-core score. This score raised doubts for the processor's ability to keep up with the Apple A12 and Qualcomm Snapdragon 855.

Now, we've got another Exynos 9820 benchmark that also paints a worrying picture for the chip's multi-core performance. As we get closer to the Galaxy S10 lineup's launch, Samsung is busy testing the upcoming gadgets and making the required adjustments. With that said, another benchmark score for the Exynos 9820 (from January) shows a 3248 single and 7999 multi-core score.

The Exynos 9820 is powering Samsung's Galaxy S10 Plus in this test, and this gadget will be available in the Korean and European markets. These scores fail to put to rest concerns for the upcoming's Exynos' performance at a time when both Apple and Qualcomm are progressing incredibly fast with their processors. 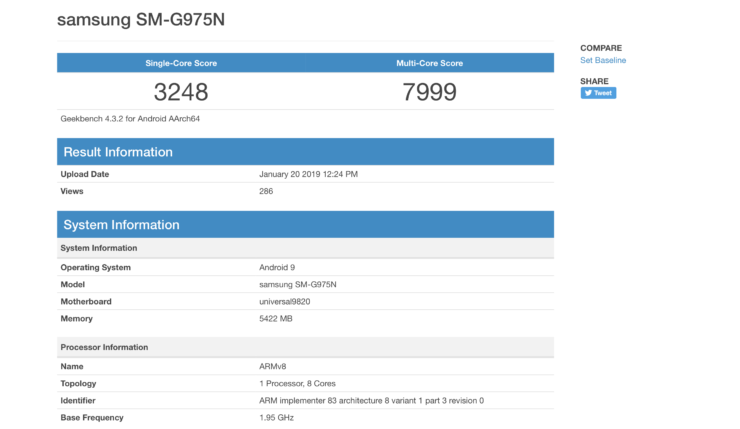 As we exited 2018, Huawei's rise as a serious threat to Samsung and Apple was cemented. The Chinese company launched devices with heavy-duty specifications throughout the year giving users a nice alternative to both the iPhone and Samsung's Galaxy S smartphones. One particular feature from Huawei that caught a lot of people's eye is reverse-wireless charging, which allows the  Mate 20 Pro to charge another smartphone.

Another feature that the company jumped on is a triple camera setup, also rumored for the upcoming Galaxy S10 Plus. Now, as the Galaxy S10 gets certified by the United States government, reverse wireless charging will also make it to the lineup. Additionally, the S10 smartphones will also feature WiFi 6 for their American and Chinese variants. WiFi 6 will allow the gadgets to support data rates of up to 10Gbps, operate on the 2.4GHz and 5GHz frequencies and improve battery life.

Moving towards reverse wireless charging, while this feature will provide Samsung will a good marketable specification, it really isn't necessary on any smartphone. The Mate 20 uses a simple solution to achieve reverse wireless charging, by using the same charging plate to charge itself and another smartphone that supports the Qi standard. Will Samsung also follow a similar approach? We'll find out soon enough.

Finally, we've also got a teaser for the Samsung Galaxy S10 that only serves to remind users that the company will launch the lineup later this month. The 30-second clip only shows the names for Samsung's last ten Galaxy S smartphones, and it serves to emphasize that the upcoming gadgets will mark the S lineup's tenth birthday.

Over the years Samsung's Galaxy S brand has gone through several transformations, the most important of which took place on the Galaxy S6 and S6+ when Samsung switched to a metal build. Since then, it's been a topsy-turvy ride where the gadgets launch with flair but fail to perform reliably in sales term throughout the year.

Will the S10 lineup be any different? Samsung's new Infinity-O display panels and ultrasonic fingerprint recognition will give the smartphone a nice edge over their competitors. As to whether we'll also see a 5G enabled Galaxy S10 later this month, don't hold your breath. At best, this device will launch later in 2019. Thoughts? Let us know what you think in the comments section below and stay tuned. We'll keep you updated on the latest.