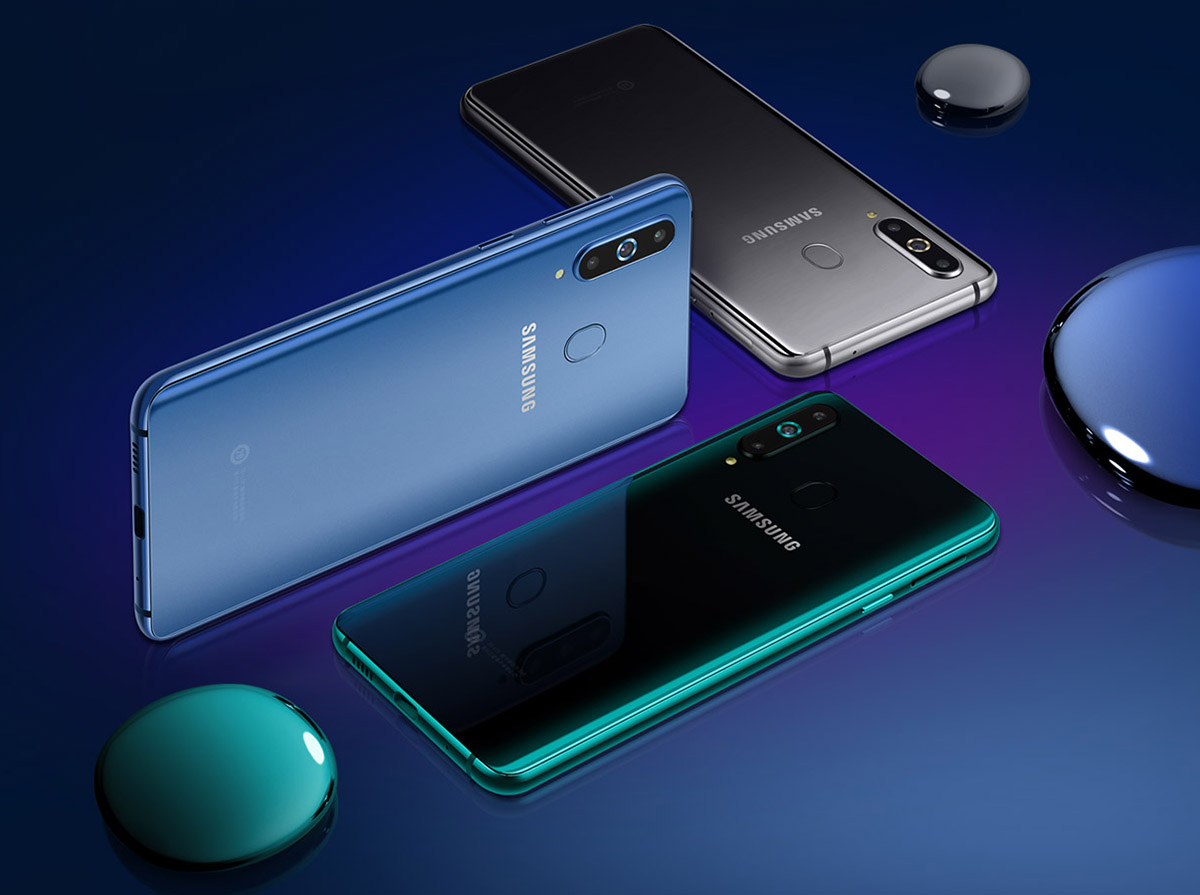 Samsung Galaxy A8s, the South Korean behemoth’s first smartphone with an in-display hole, has been launched in China. The phone has been listed on the company's website, and pre-orders will begin on December 12. The handset will expectedly start retailing soon, and although pricing details haven’t been revealed, the mid-ranger will presumably cost around $450. For a Snapdragon 710-powered smartphone, the device sports other impressive internals, which have been detailed below.

The Galaxy A8s sports a 6.4-inch Infinity-O display and it is fueled by the Qualcomm Snapdragon 710 SoC. Other internal specifications include 6GB RAM, but there is a top-tier model that sports 8GB of RAM, along with 128GB of internal memory. It features a metal and glass design and it is available in three colors, namely Aurora Black, Alien Silver, and Elf Blue. Unfortunately, the glass and metal body does not give the device Qi wireless charging capabilities. The Galaxy A8s will ship with Android 8.1 Oreo, and it remains to be seen if it will be updated to Android 9 Pie. 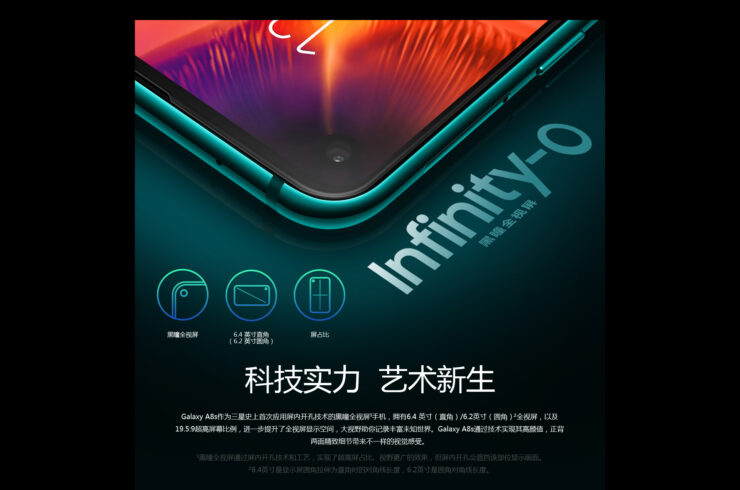 The phone has three cameras on the back, including a 24MP main sensor, a 10MP telephoto camera with 2x optical zoom, and a 5MP depth sensor. The camera system also offers real-time blurring. The 24MP front camera is housed in the small hole in the top left corner of the display and it is quite visible against the bright display of the phone. A 3,300mAh battery runs the show but unluckily, Samsung did get rid of the 3.5mm headphone jack. 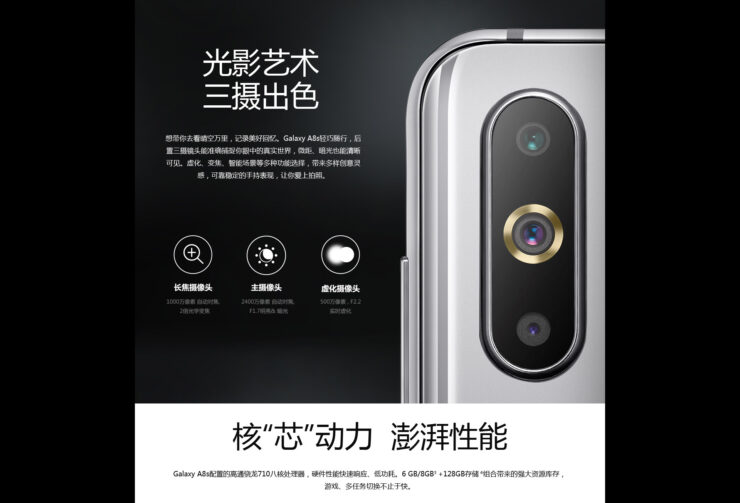 Sadly, the handset does not sport an in-screen fingerprint scanner so there is one mounted at the back, along with dual-SIM card. Samsung hasn’t confirmed if the handset will be released internationally but there is a large market that will appreciate the new design form.

The upcoming Samsung Galaxy S10 will also sport the Infinity-O display, along with the Galaxy S10 Plus, both of which are expected to be launched in March of next year. Huawei has teased its own variation of the technology with its Nova 4 and Honor V20 smartphones. It is safe to assume that going forward, most OEMs will replace the notched displays with in-display holes.

The Galaxy A8s is Samsung’s foray into the world of devices featuring an in-display camera hole. It also features the finest internal specifications for a mid-range handset. Will you get one? Let us know down in the comments.