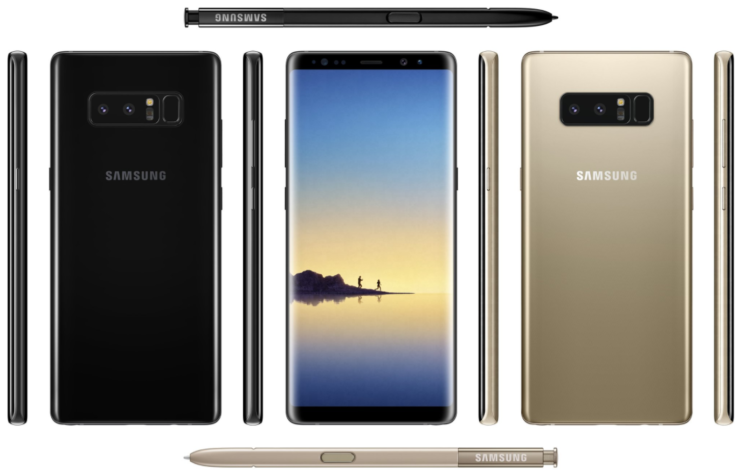 Battery capacity is a category that Samsung nailed with the release of the Galaxy S7 and Galaxy S7 edge, but decided to reduce some ‘mAh’ from the Galaxy S8 and Galaxy S8+. One could argue that the reduction in bezels retained the original side of the smartphone, meaning the company did not have sufficient room to cram in a larger battery.

The same argument can be made with the upcoming release of the Galaxy Note 8, which features a 6.3-inch display but somehow manages to feature a cell that’s smaller than a Galaxy S8+, a device that’s smaller in size in comparison to the upcoming phablet.

Galaxy Note 8 Will Have a 3,300mAh Battery According to Latest Image Leak - Capacity Is Less Than What’s Present in Galaxy S8+ by 200mAh

The latest image presented by Slashleaks reveals two batteries, both rated at 3,300mAh and both of them are expected to be presented in two separate Galaxy Note 8 units. What is surprising here is that the capacity of the battery expected to be incorporated in the Note 8 is going to be much smaller than the 3,500mAh cell present in the Galaxy S8+. Both devices sport the same Infinity Display but with the Galaxy Note 8 being slightly larger when it is officially announced, we were expecting something bigger.

Sometimes companies have to make the hard choice and it is possible that in an attempt to make adequate space for the S-Pen accessory, Samsung engineers were forced to scale down the battery capacity to maintain a certain level of thickness that is appreciated in the 2017-generation of smartphones. Regardless, having a 10nm chipset and LPDDR4X RAM will aid in improved efficiency so that will help users get more life out of the device. 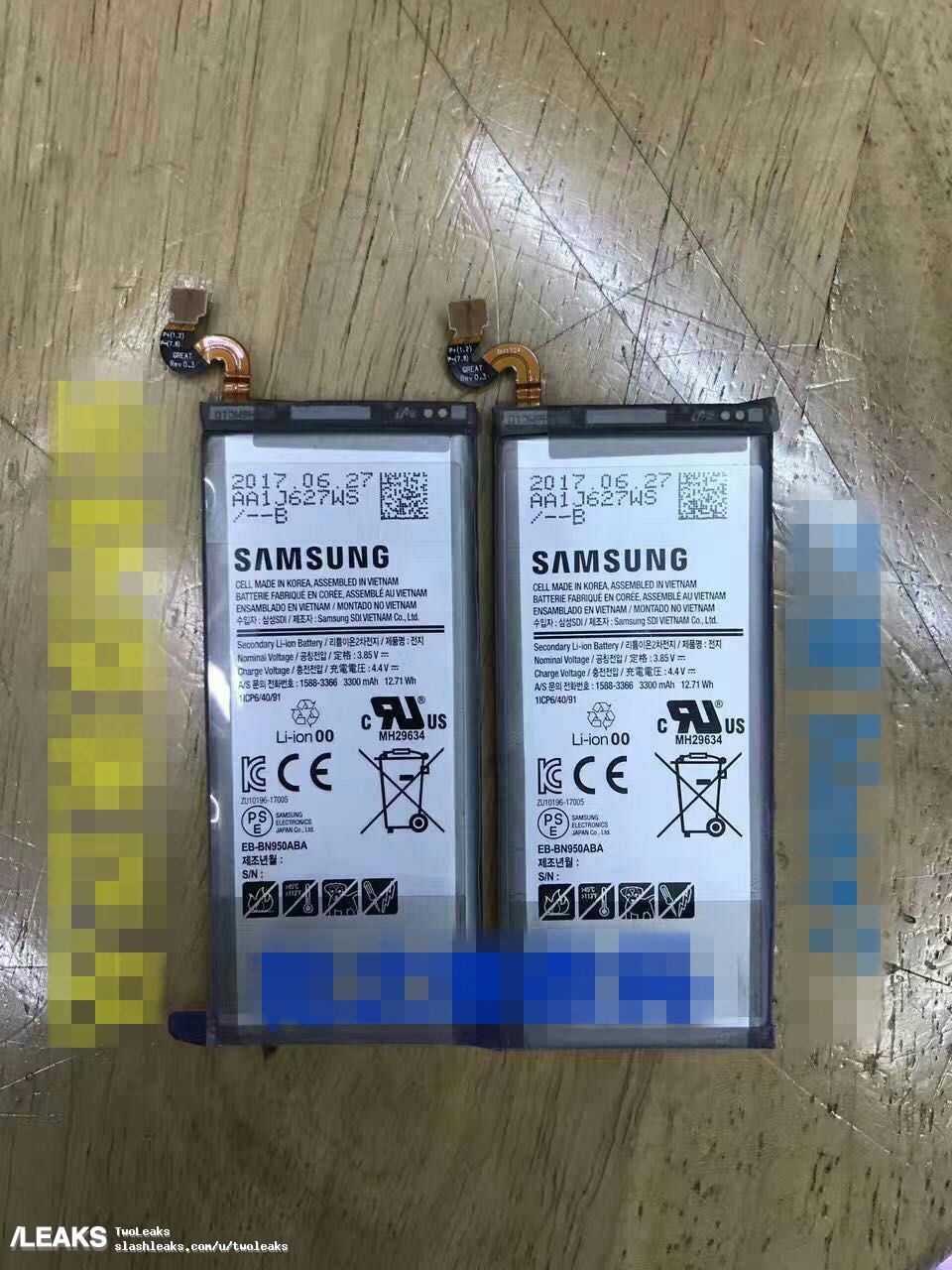 Then again, experiencing more screen-on time pretty much depends on how you use your phone. Still, for a phone that’s been rumored to come with an EUR 1,000 price tag, we were expecting a cell that’s a bit higher than the one present in the Galaxy S8+.

Do you think that a larger battery capacity should have been present in the Galaxy Note 8? Let us know your thoughts down in the comments right away.