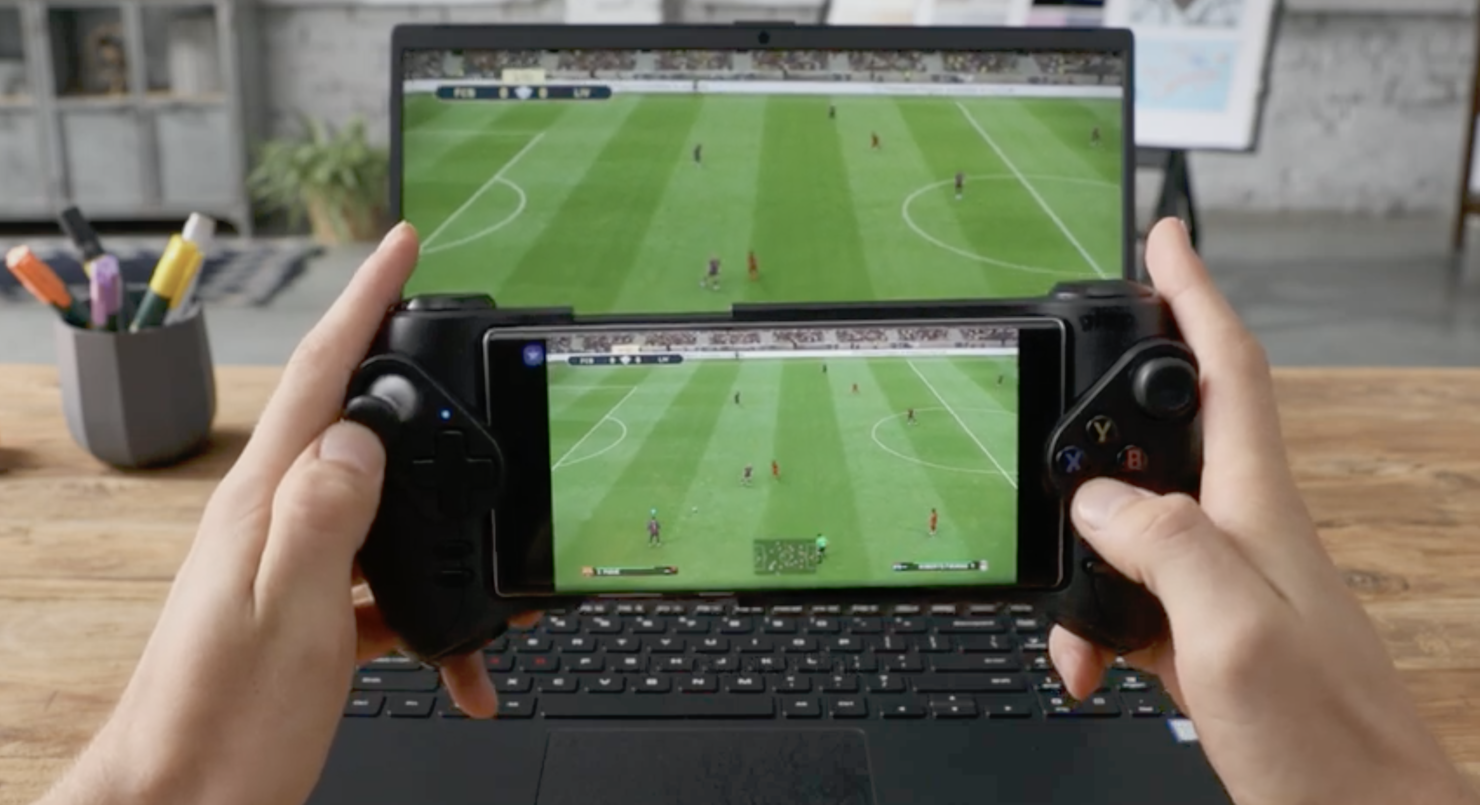 Samsung's Galaxy Note 10 lineup is official, and the gadgets are very different than their predecessors in terms of design and specifications. Samsung's matured as a design company ever since the company shook things up with the Galaxy S6 and Note 4 launches all those years back, and with the Note 10 and Note 10 Plus, it's safe to say that aesthetically, Samsung's devices are behind no other company in the high-end mobile market.

In addition to the gadgets' design, Samsung has also upgraded the Note lineup's hardware (as it does every year) this year and made changes to the phablets' rear cameras and S-Pen. the Korean tech giant has also launched two variants of the Note lineup and introduced a 5G variant for the larger device.

With these details in mind, if you're interested in knowing what Samsung's latest Galaxy Note 10 and Note 10 Plus are all about, you've come to the right place. We've got hands-on images of the phablets and a lot of details for the two gadgets. Head on below for the details. 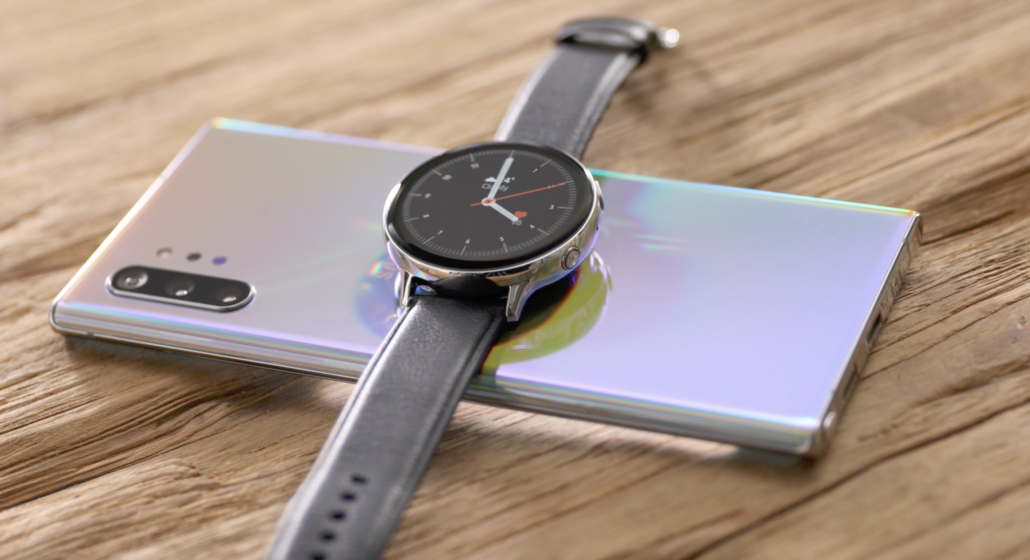 The biggest change that Samsung's made on the Note lineup this year is to their design. Both the phablets are very different from their predecessor. At the front, we've got a near bezel-and-chin-free display, and at the back, there's a triple rear camera setup tucked in nicely at the top-left. These approaches ensure that the Note 10 and Note 10 Plus have a sleek and minimalist look that barely hints at the powerful hardware under the gadgets' proverbial 'hood'.

The phablets' frame is made of aluminum, and at the bottom, you get a USB-C connector port and the holder for the S-Pen. At the top of the gadgets, you'll get the SIM card holder and at the left, you'll get the volume controls and the power button. All in all, the Note 10 and Note 10 Plus have a sleek design that's bound to attract a lot of users to them.

Moving towards the color options, the Galaxy Note 10 phablets are available in three colors. These are Aura Glow, Aura Black and Aura White. Of these, Aura Glow is the most aesthetically attractive color option in our opinion. Samsung's precise finish with the option ensures that not only does the Note 10's back have a gradient finish, but that the devices with an Aura Glow finish will reflect their surroundings perfectly. 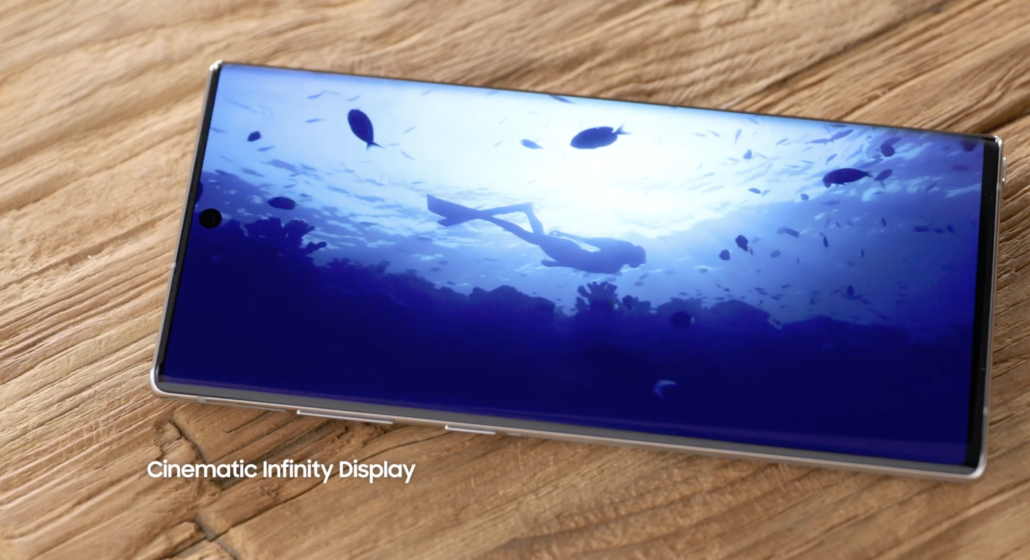 Samsung's Galaxy S10 and Galaxy S10 Plus have the best displays in the smartphone industry, as certified by DisplayMate. The S10's display has diamond pixels, can automatically switch between color gamuts, a perfect 2.2 gamma rating and 403cd/m2 luminance. The Galaxy S10 lineup's displays are also certified by the German Technischer Überwachungsverein (Technical Inspection Association) or TUV Rheinland for their ability to reduce the harmful effects of blue light emitted.

Similarly, the Galaxy Note 10 and Note 10 Plus have also received TUV Rheinland's Eye Comfort Certification. TUV's certifications ensure that gadgets are compliant with different standards such as the American Occupational Health and Safety Administration, Hong Kong's labor department and others. The Eye Comfort Certification also measures the amount of blue light emitted by a display, the display's total reflectance and the amount of 'flickering'.

The phablets' displays also have a 98% color and brightness uniformity, and 92% transparency for their front camera cutout. We're looking forward to DisplayMate's detailed analysis of Samsung's new display panels for the Note 10 and Note 10 Plus. For the time being, content yourself with the fact that the 6.4" phablet has a 2280x1080 resolution and the 6.8" phablet has a 3040x1440 display. 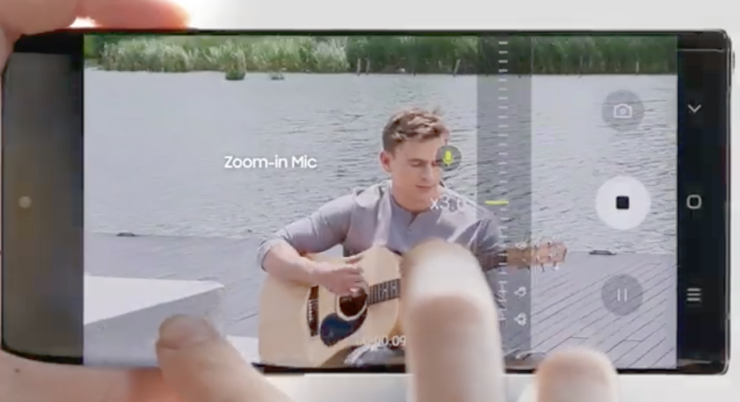 The Galaxy Note 10 lineup allows users to zoom in on an audio source during video recording.

Samsung's also added new camera sensors on the Note lineup this year. Both the Note 10 and Note 10 Plus get a new camera sensor on their back. This is a super-wide-angle lens with the ability to capture 16 million pixels at a f/2.2 aperture width. Additionally, users of the 6.8" Galaxy Note 10 Plus will be in for a special treat through Samsung's new 'DepthVision' lens. This lens might be a ToF (Time-of-Flight) sensor, and it lends the device some pretty cool AR capabilities.

Both the Note 10 and Note 10 Plus allow users to make Augmented Reality based additions to their video recordings. Additionally, the DepthVision sensor on the larger phablet allows for accurate 3D renderings of objects, and this feature also allows users to 3D print their aforementioned renders. 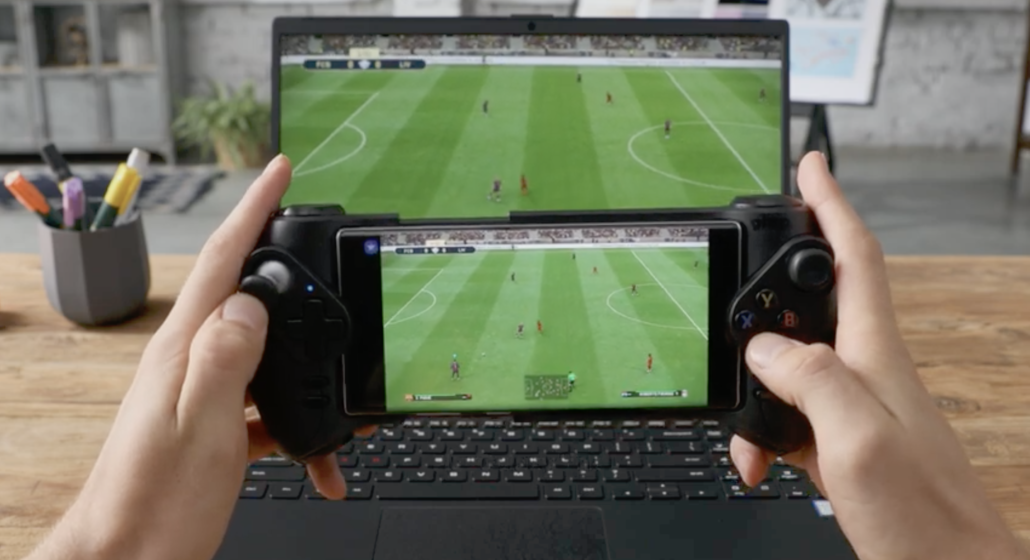 The Note 10 will allow users to port their PC games and play them on the phablet.

A recent trend in the high-end smartphone world relates to gaming smartphones. These devices are optimized for sustained heavy-duty usage, and are aimed towards users who aren't bothered too much with aesthetics. Samsung's Galaxy Note 10 and Note 10 Plus also look to cash-in on this trend. They've got what the company claims is the world's 'slimmest vapor chamber cooling system', and software based enhancements that tweak the hardware according to gaming needs when required.

We'd reserve our judgements on the vapor chamber until tests of the Note 10, and the lineup's teardowns are available. Gamers on the go will also be pleased to hear that the two new phablets from Samsung allow users to port their games from the PC, so that gaming can be continued on the go. The phablets' Snapdragon 855 combined with 8GB or 12GB of RAM will ensure sufficient hardware specifications for gaming, and their rated battery capacities of 3400mAh for the Note 10, and 4170mAh for the Note 10 Plus should allow for good battery life.

Thoughts? Let us know what you think in the comments section below and stay tuned. We'll keep yopu updated on the latest.