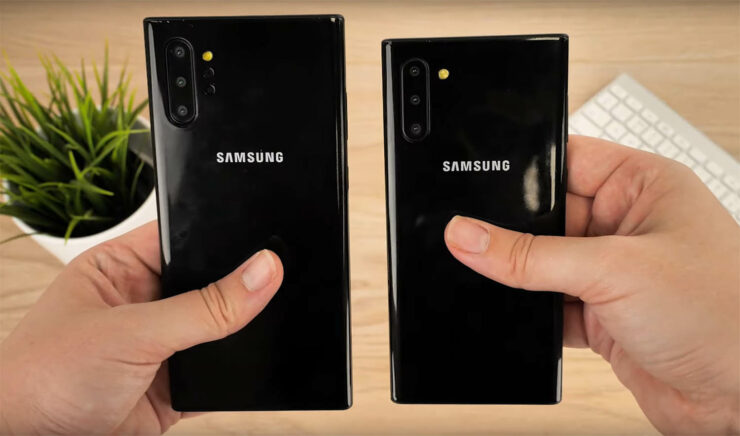 We’re in the first week of August, and you know what that means? Samsung is gearing up to launch its flagship smartphone family on August 7, but before that, how about a little close up of the Galaxy Note 10 and Galaxy Note 10 Plus dummies in the latest hands-on video. This way, you’ll be well personalized with Samsung’s upcoming offerings, at least in terms of design and some paper specs to see which model will best suit your daily requirements.

Mobile Fun got its hands on both the Galaxy Note 10 and Galaxy Note 10 Plus dummies for everyone to see and appreciate. They have somewhat of a more boxier design, making them appear more rectangular than the Galaxy S10 range. The smaller Note 10 features a 6.3-inch diagonal display, while the more expensive Note 10 Plus carries a 6.8-inch screen.

One of the most unthinkable changes to Samsung’s smartphone lineup would be the removable of the headphone jack. With the dummies showcased in the latest hands-on video, you can see that there’s a stylus silo, a small speaker grill, a Type-C USB port for topping up the handset’s battery, but no headphone jack. Samsung had earlier been a strong advocate of this port, and loyal customers will be extremely bummed to hear about this decision when both models are getting released in various markets. 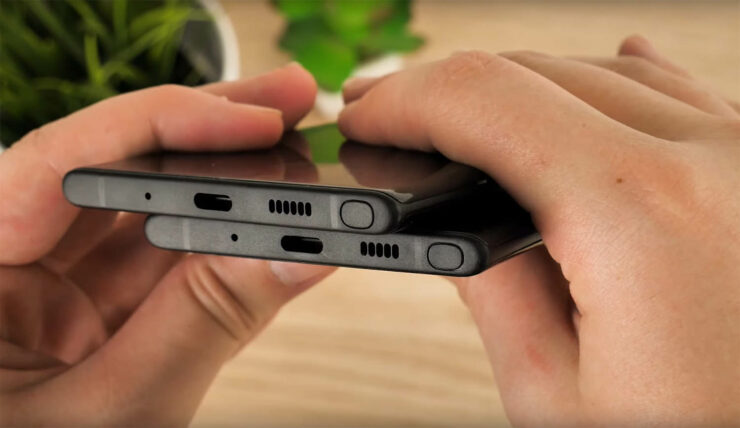 Also, instead of a dual-front-facing camera solution, Samsung opted for a single lens unit mounted at the top center for both models. Whether this has anything to do with increasing the screen real estate of both devices is anyone’s guess, but that’s not the only change when it comes to camera placements. At the back, Samsung has chosen a vertical orientation, with the Note 10 sporting a triple camera configuration, while the pricier Note 10 Plus has a quad-optics unit, with the fourth sensor expected to be a ToF unit. This sensor should help take images with a more accurate Bokeh. The button placements appear to be similar to the Galaxy S10 range.

As for the camera types, one will most likely be a primary RGB sensor, followed by a telephoto one, and an ultra-wide lens, giving potential buyers a very versatile solution, which will be quite hefty when it comes to pricing, but those that can afford will appreciate the effort Samsung put in.

Those are all the details from the Galaxy Note 10 and Galaxy Note 10 Plus dummies hands-on video and if you think you can spot more differences and changes, check out the clip below and let us know your observations down in the comments.