We've got a week left until Samsung's Galaxy Note 10 lineup is official, and details for the upcoming devices are leaking bit by bit. Hardware leaks for the upcoming phablets are rare, as we've come across only a handful of components and live images of the 2019 Note phablets. Today we've got another alleged live image of the Samsung Galaxy Note 10, which corroborates reports of a new display panel for the gadget. Take a look below for more.

As we head towards its launch, it's pretty much a given that Samsung's Galaxy Note 10 lineup will make signifcant design changes over the Note 9. The devices will feature a vertically stacked rear camera setup, and a display that has a laser-drilled front camera cutout. Additionally. Samsung will launch at least two and at most three variants of the Galaxy Note 10. These devices will be differentiated on the basis of screen size and the ability to support 5G cellular networks.

Today's alleged live image belongs to the Galaxy Note 10 Plus, and it confirms a brand new display for the device. The Note 10 Plus will have a 6.7" screen, and by the looks of today's image leak, the device will also continue to feature Samsung's distinctive 'sloping' display. 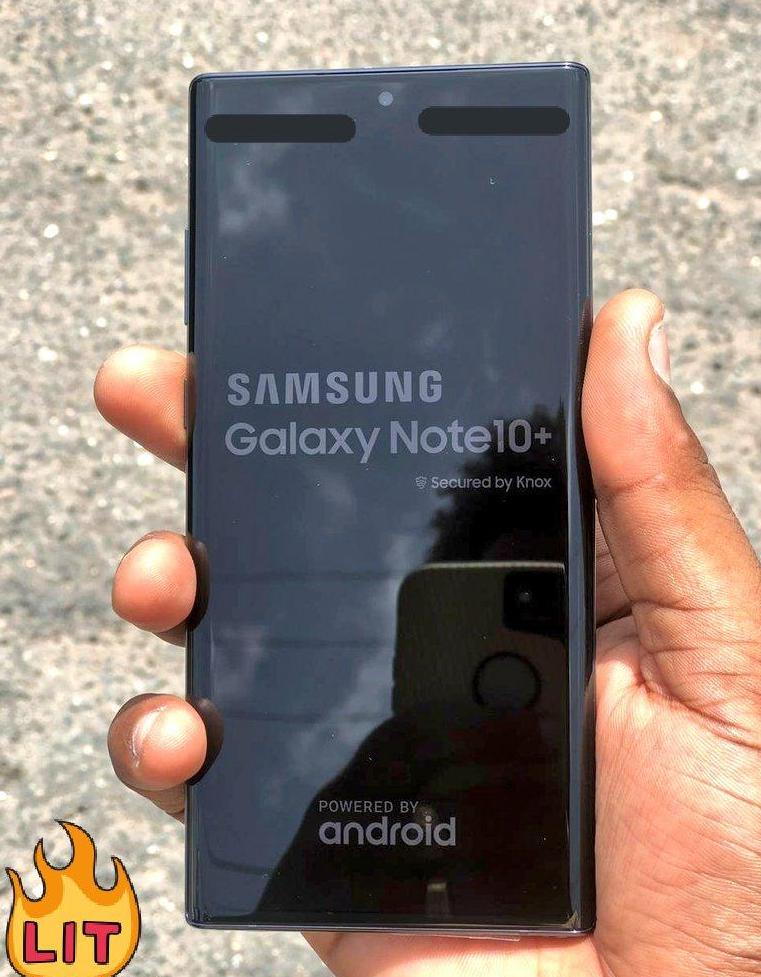 The most impressive detail that we are able to glean off of this image is a ridiculously thin chin on the Galaxy Note 10 Plus. This will prove to be a great design advantage for the device, and combined with a razor thing top bezel and sloping displays will ensure that the Note 10 Plus has a distinctive and attractive design that's bound to attract users. The decision to introduce a triple camera setup on the devices will ensure that the Note 10 lineup competes effectively with other high-end gadgets on the market, and that it keeps up with Apple's upcoming iPhone 11 lineup.

Samsung's also rumored to introduce 256GB as starting storage for the Galaxy Note 10 phablets. Future users of the phablets will also be in for a nice treat should the Korean tech giant equip the gadgets with Qualcomm's Snapdragon 855 Plus and the mythical Eynos 9825 manufactured by 7nm EUV. These chips will outperform all others that are present on current high-end Android gadgets.