Galaxy Fold Will Be Available at AT&T, Best Buy, and Samsung Stores in the US on September 27th 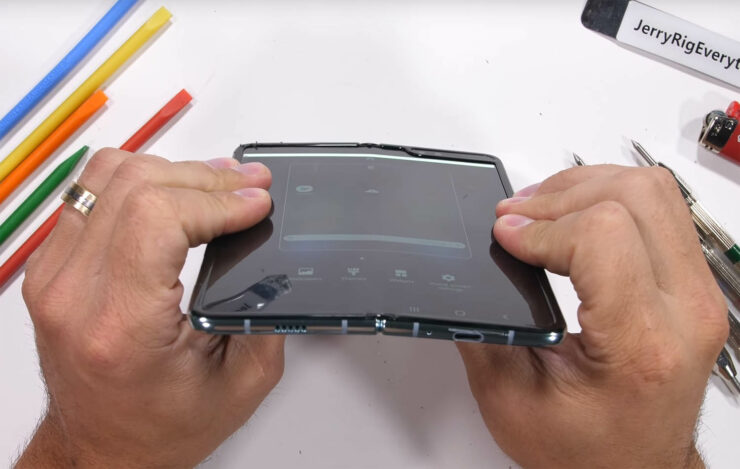 Based on what we've seen of the Samsung Galaxy Fold so far, it's a hard sell, even for hardcore Samsung enthusiasts such as myself. The prohibitive near $2,000 price notwithstanding, the foldable tablet still suffers from some design issues that will more than likely cause it to fail in the course of daily use. If you still want to get your hands on one for the sole purpose of flexing on your friends, Samsung just announced where they will be available for purchase in the US.

The Galaxy Fold will be available exclusively at AT&T stores, Best Buy or the official Samsung Experience stores starting September 27th. There are two color variants of the tablet, namely Cosmos Black and Space Silver. Best Buy and Samsung Experiences Stores will offer the Unlocked by Samsung versions of the device.

Along with every Galaxy Fold purchase, you are eligible for what Samsung calls Galaxy Fold Premier Service. You get a 'dedicated' Fold Concierge who will walk you through the Galaxy Fold, the in-box materials, and the included accessories. Samsung is even throwing in a pair of free Galaxy Buds and a custom aramid fiber case.

Furthermore, the 'specialist' will also help you transfer your contacts, photos, apps, and more from your existing mobile device to your new Galaxy Fold. You'll even be given a rundown about the Galaxy Fold’s key features and briefed on how to take care of your new device. I'd recommend that you pay attention to this part, as it requires extra care and the last thing you want is your $2,000 investment to go belly up within a week.

Lastly, as a part of the Premier Service, you can reach Galaxy Fold specialists at a dedicated toll-free number any hour of any day who will answer any queries you may have about the device. You can connect to them via phone or video chat via the Samsung Members App. It's good to see Samsung going the extra mile for people willing to invest in their one-of-a-kind product. Yes, foldable tablets technically exist, but this is Samsung's first, and that's all that counts.

Should you get one?

Short answer, probably not. Even if you have $2,000 lying around, it's best that you spend it on anything else. The Galaxy Fold is little more than a proof of concept that Samsung wants to show the world. Yes, foldable devices do have a future and might even be commonplace in the next decade. They are, however, in a very early stage of development and it's better to wait until the technology matures.