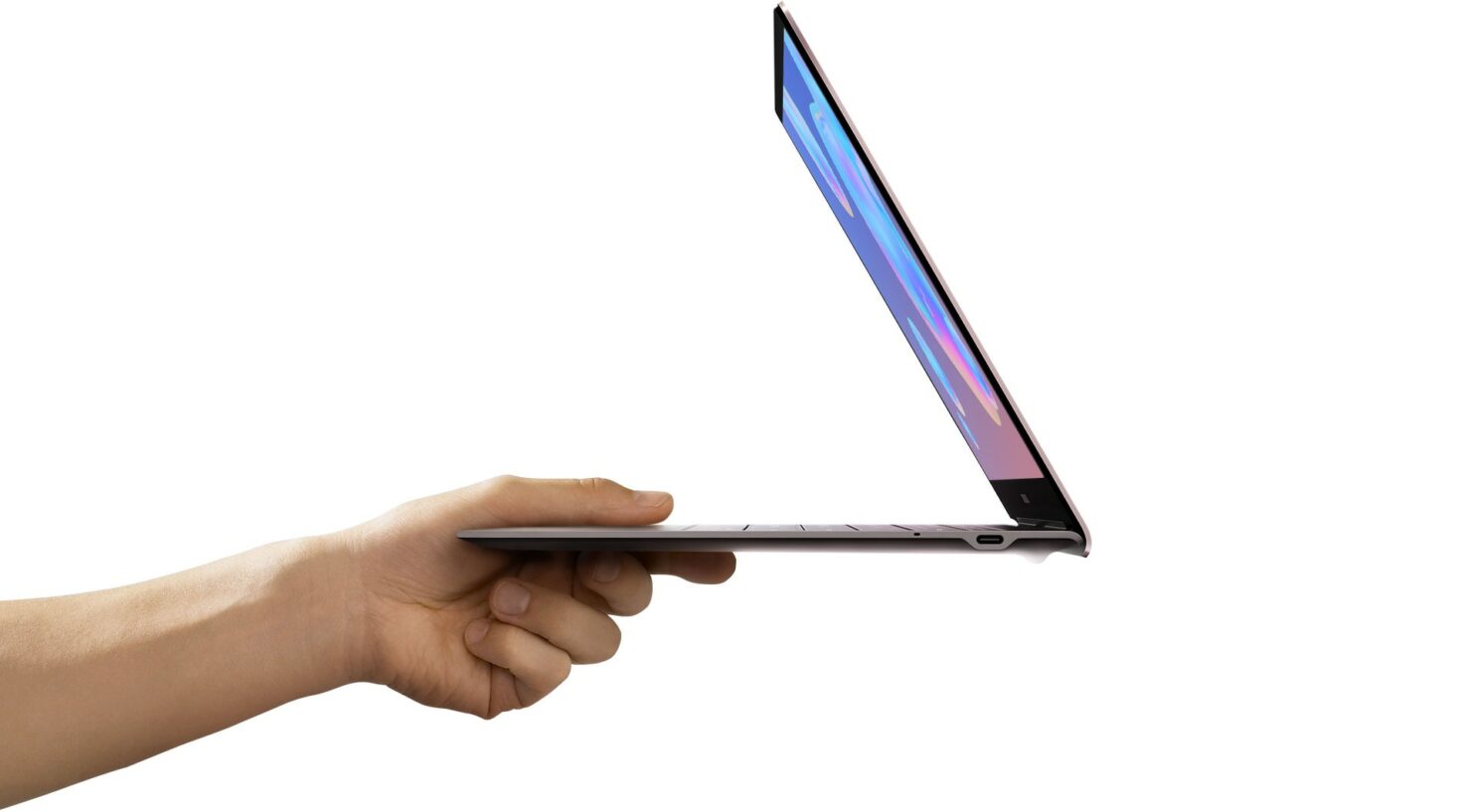 Although the Galaxy Note 10 series hogged all the limelight during Samsung’s Unpacked event today, the company also announced a new lightweight laptop called the Galaxy Book S. Unlike the Galaxy Book and Galaxy Book 2, this one is more of a traditional laptop with a permanent keyboard and clamshell design. At the same time, it’s convenient in terms of portability and in a lot of ways, it offers some of the same advantages that smartphones and tablets offer to users, as you’ll soon find out as you read on.

The Galaxy Book S sports a 13.3-inch FHD TFT display with a 16:9 aspect ratio and supports 10-point multi-touch. This means that you can control it using your fingers seamlessly, something which is still not possible on most notebooks. The device weighs just 0.96kg but that doesn’t mean that this is a fragile machine as its top and base are protected with a premium anodized aluminum frame. 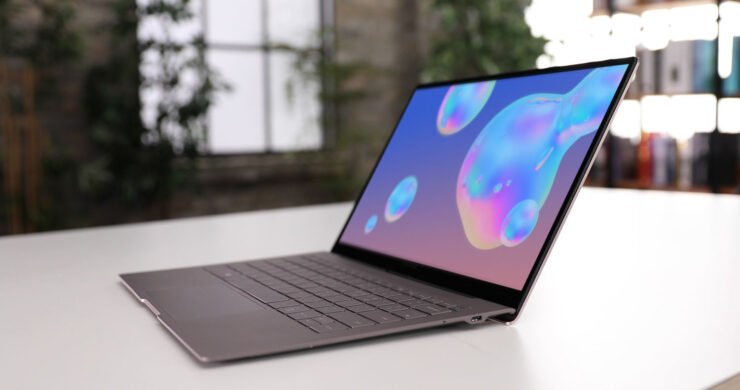 The Galaxy Book S is fueled by Qualcomm’s new 7nm Snapdragon 8cx SoC that has actually been designed for lightweight laptops without a fan. This doesn’t mean you’ll have to worry about the device heating up either. The Snapdragon 8cx is expected to offer the best of both worlds, giving the users smartphone-specific features such as touch-to-wake and the firepower of conventional notebooks. The notebook’s silicon is complemented with 8GB of LPDDR4x RAM and is available in the 256GB and 512GB solid state drive variants.

The memory is expandable up to 1TB with a microSD card, though we feel you’ll probably be using that slot to transfer data across devices. Port selection isn’t thoughtful, but users will still find use for it. There are two USB Type-C ports, providing support for Power Deliver 2.0, Adaptive Fast Charging and Qualcomm’s Quick Charge 2.0 for when you want to charge the Galaxy Book S.

Wireless connectivity options include Bluetooth 5.0, up to LTE Cat. 18 speeds using a nanoSIM card, 802.11ac dual-band Wi-Fi, and GPS. There’s also a fingerprint reader for those that want additional security, along with a 720p HD camera up top, and Stereo Speakers that have been tuned by AKG. 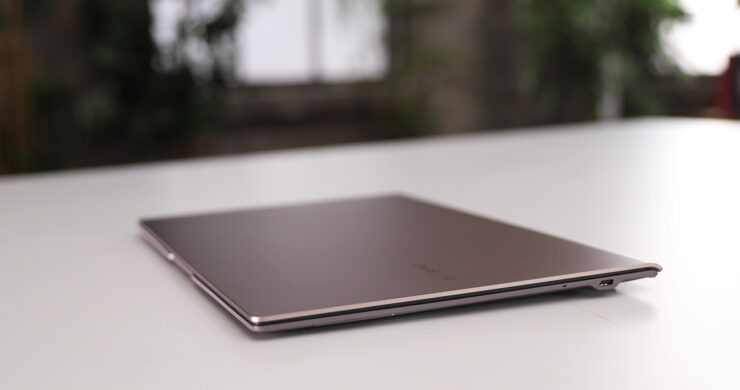 Now, this is an Always On, Always Connected laptop, which makes battery life all the more important. Samsung claims that the Galaxy Book S’ 42Wh is enough to support video playback of up to 23 hours on a single charge, which sounds like a tall claim and your mileage may vary depending on the tasks that you do. According to Samsung, performance of the machine is optimized according to the task being performed to make the Galaxy Book S more energy efficient.

On the software front, the laptop can be configured to run either Windows 10 Home or Windows 10 Pro. The notebook will be available in the colors Earthy Gold and Mercury Gray. As for availability, it will be released in September in select markets starting at a price of $999, which we think will include a 256GB SSD. 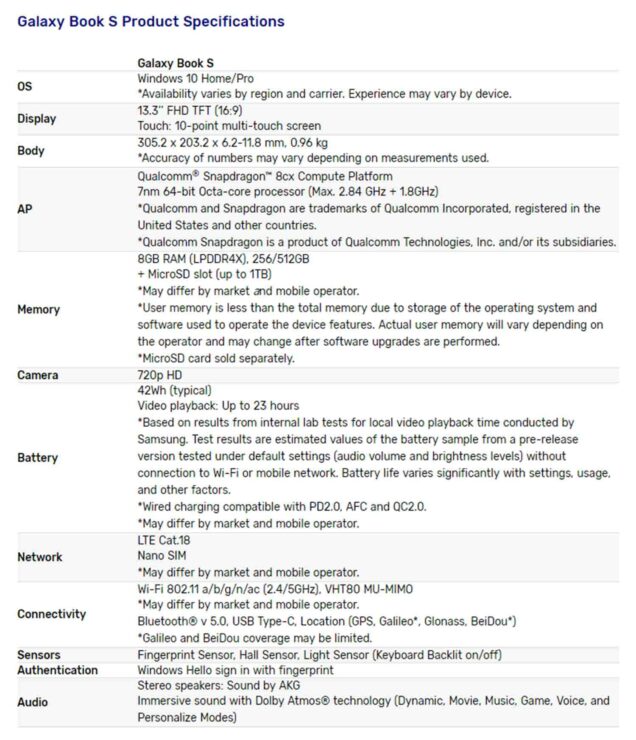 Overall, this looks to be a decent start for Samsung and Qualcomm to push their machines while supporting the Windows 10 or ARM platform. For $999, however, it will cater to a limited number of customers, but we can expect such products to become significantly cheaper with the course of time to help increase the adoption rate of notebooks using Qualcomm’s chipsets.