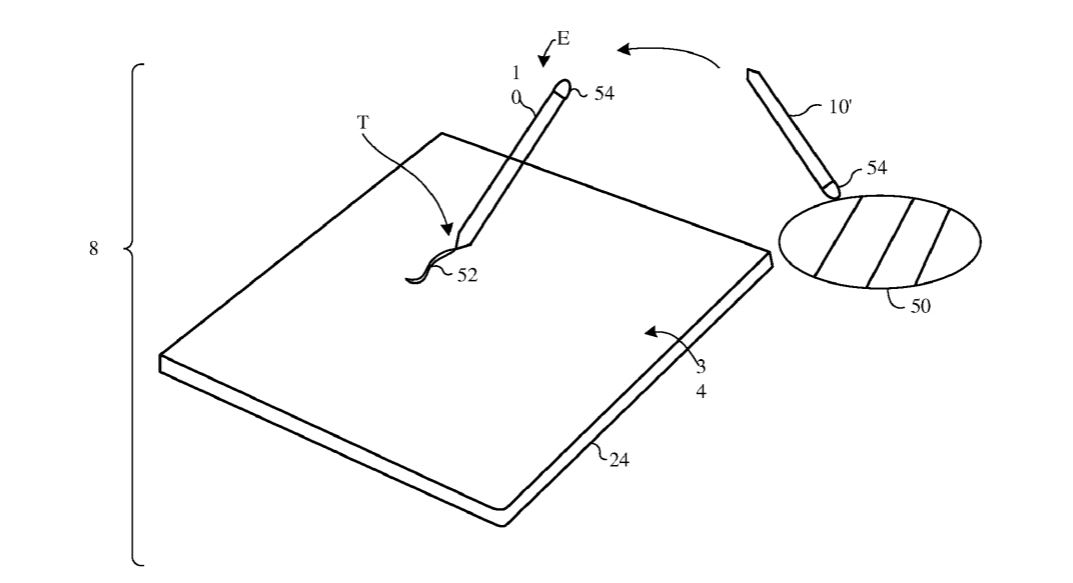 The iPad has come a long way and with the introduction of iPadOS, the company is positioning the iPad as a computer. The Apple Pencil is one of the most vital accessories that takes advantage of the iPad's stunning ProMotion Display. Artists use it for digital art, drawing, editing, and much more. Now, the company seems to be looking into upgrading it. According to the latest Apple patent published by the United States Patents and Trademarks Office, Apple Pencil or a stylus will feature photodetectors to recognize colors that can be used in several applications.

The patent is titled "Computer System With Color Sampling Stylus" that describes a stylus which "may have a color sensor". The stylus will be equipped with numerous photodetectors which will be able to recognize and measure different channels of color. The sensor will be able to sample a color from the real-world objects.

Furthermore, the stylus can also potentially feature a light so to make it easier for the photodetectors to detect the color. Other than this, the Apple patent describes a device with an Apple Pencil-like design with a tip on one side and a touch-sensitive display on the other.

As per Apple, the color sensor functionality on the stylus will be located on the tip or through a light guide attached to the tip. In simple words, the technology will allow users to place the stylus over an object and detect its color, the said color can then be used digitally to enhance an image, drawing, edits, or any other purpose. After the color is detected, it will be put in a color palette in a drawing application where it will be assigned to a brush. Apple mentions a bunch of other utilities as well like calibrating displays and printers, health measurements, and much more.

Lastly, it is important to note that Apple files a lot of patents and it is not always necessary that the product will see daylight any time soon. Henceforth, do not expect the device to be released any time soon. What are your thoughts on Apple's future prospects of the Apple Pencil? Let us know in the comments.