Apple introduced the $99 Apple Pencil alongside the iPad Pro. While the launch definitely made sense, there were mixed feelings floating around the internet regarding its functionality and whether if it was a must buy or not. Since Steve Jobs, Apple's late CEO believed that human fingers were the best stylus one can ask for, there was no need to make one. Nonetheless, the company still went ahead and gave it a price that most of us wouldn't agree on. Now, a new Apple patent has come to light that does more than just a traditional stylus would do. So let's dive in to see some more details on the new Apple patent.

As we have mentioned earlier, Apple Pencil only works with specific iPad models. Even though it is priced in a way to act as a universal stylus, we're still for the extension of support for the Apple Pencil. In addition to this, we are also expecting the company to go beyond the iPad category and introduce the Apple Pencil's support for the iPhone. Probably in the near future, we will adhere to such support.

Now, as detailed earlier, Apple has filed a new patent that looks like the company has expanded the horizon of utility for the Apple Pencil. That's right, by the look of it, it seems that the Apple Pencil can be used with a wide range of devices and in multiple ways. First reported by AppleInsider, the new patent holds the number 62/363,172. In addition to this, it is entitled "Content Creation Using Electronic Input Device on Mon Electronic Surfaces". 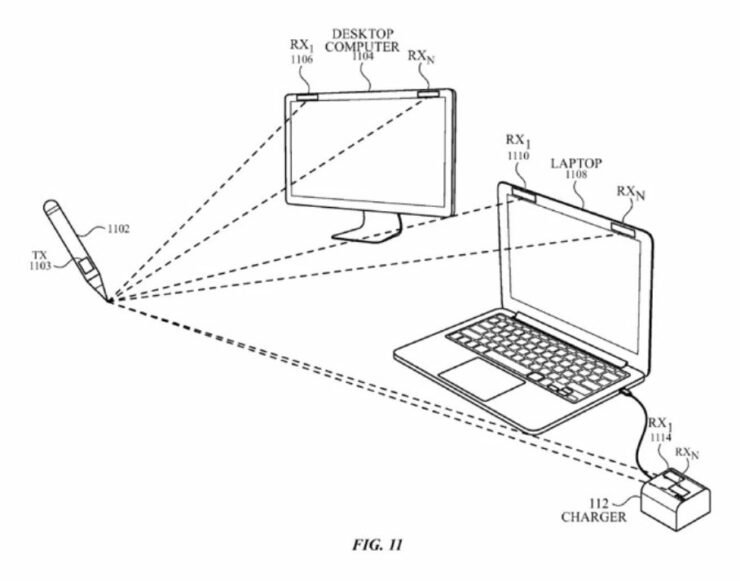 By the look of it, the device looks like an Apple Pencil that can be used on a flat surface other than a tablet. Moreover, it can also be used in the air. However, at this stage, there are no or very fewer details available for how the technology would work for users. Apart from this, there is no official time frame given as well which will give us a glimpse of light for when the product could see daylight.

Apple does not disclose its plans before time. Moreover, the company files a lot patents and it's not necessary that the product will be released anytime soon. So take it with a pinch of salt. We will update you guys as soon as there is more to the story.

This is all for now, folks. What are your thoughts on the new Apple Pencil-like device that can be used on a flat surface other than the iPad and even the air? Share your views in the comments.