The new second-generation Apple Pencil that Apple introduced today alongside new iPad Pro models includes support for tap gestures and inductive charging when attached to an iPad Pro magnetically, a significant improvement from the lightning port-based charging of its predecessor. Given the complete redesign of both the iPad Pro and Pencil, it comes as no surprise that they are not backwards compatible. The Apple Pencil 2 will only work with the new 11 and 12.9-inch iPad Pro models, and it is not compatible with older iPad Pros or the sixth-generation iPad. 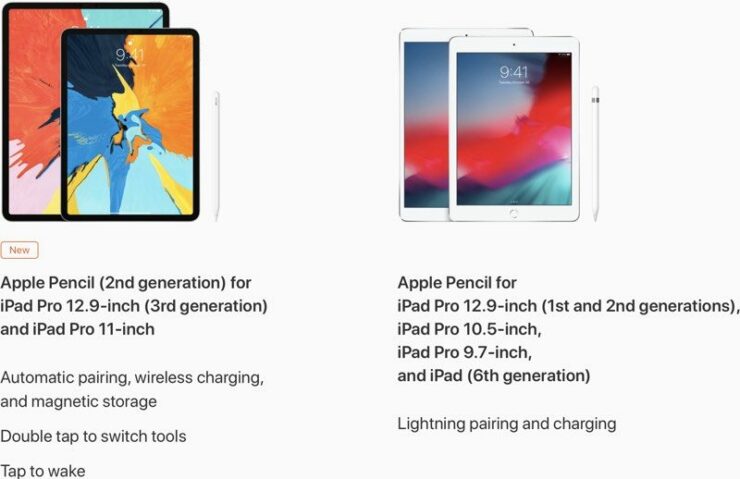 Prima facie, it might seem infuriating but it makes sense, considering that it is impossible to charge the new  Pencil using an older iPad and vice versa. Perhaps a lightning to USB C dongle could have helped get the older Pencil up to speed with the new iPad.