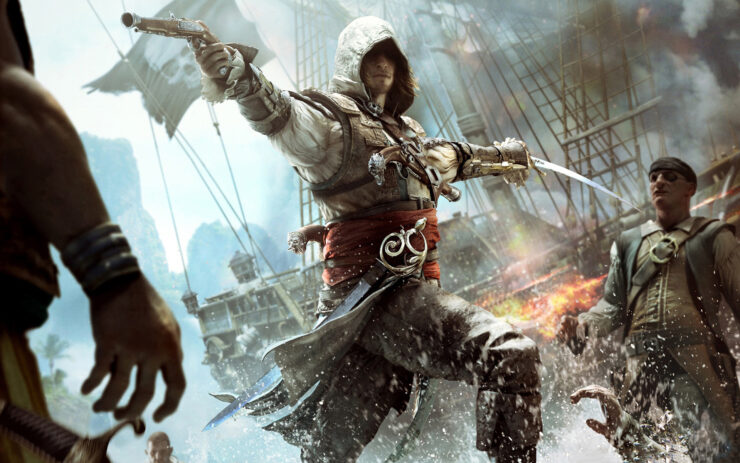 Ubisoft is offering Assassin’s Creed IV Black Flag and World in Conflict on PC for free this month to celebrate two big anniversaries. 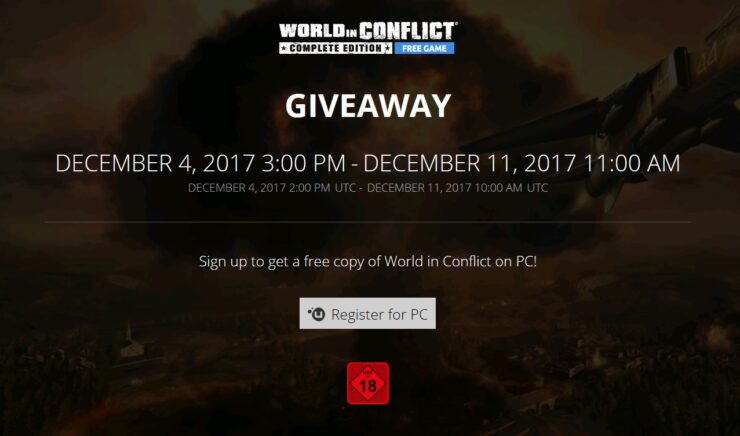 Developed by Ubisoft Massive, World in Conflict is an RTS set in an alternative history in which the Soviet Union invades the United States in the late 1980s. You play the role of an American commander tasked with marshaling air and ground units in skirmishes ranging across the U.S. (and into the U.S.S.R. in the Soviet Assault expansion). Learn the strengths and weaknesses of your armies, then leverage them as you wage war on destructible battlefields in the solo campaign or in online multiplayer.

In Assassin’s Creed IV Black Flag, you are Edward Kenway, a pirate out to make a name for himself on the tumultuous Caribbean seas by sailing your ship among the isles in search of plunder, attacking enemy vessels, and diving below the waves for lost treasures. Become embroiled in the conflicts of the era and discover your connection to the series’ age-old struggle between the Assassins and the Templars.

Once downloaded through Uplay during the free periods mentioned above, the games will be yours to keep.

Ubisoft released Assassin's Creed IV Black Flag in 2013. “With the new hero and new setting we are creating the boldest and most unique Assassin’s Creed game yet, while still respecting the pillars of the franchise that have made it such a fan favorite,” said Yves Guillemot, Ubisoft's chief executive officer upon the game's announcement. “Assassin’s Creed IV Black Flag is based on a true, harsh and exciting part of a legendary era and will thrill longtime fans and newcomers alike.”

World in Conflict was released for PC in 2007. The title was later released for PS3 and Xbox 360 as well. The Soviet Assault expansion, which allowed players to relive the Cold War in a dramatic, gritty, real world setting driven, was released in 2009. “The teams at Massive Entertainment have worked hard to ensure that they are bringing new original content to the popular World in Conflict brand,” said John Parkes, marketing director at Ubisoft EMEA in January of 2009.