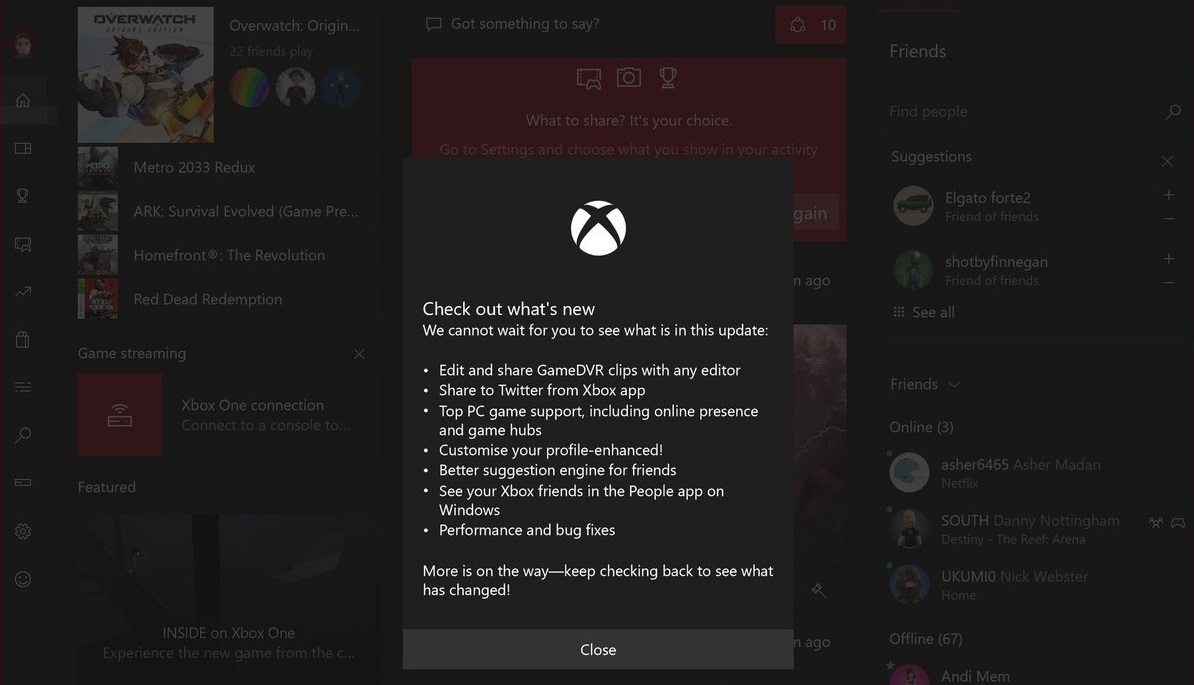 The Xbox app (beta) for Windows 10 and Mobile has just received a major update that comes with plenty of useful new stuff. The notable features included in the update were revealed last month, and are aimed to “help you stay connected with friends on Xbox Live and enjoy even more games across your favorite devices.” Players will now be able to make use of Twitter sharing, Game DVR clip editing, PC game hubs, and other features included in the update.

The Xbox app (beta) now offers a bunch of great new features. Players can now take clips they have recorded on either their Xbox One or Windows 10 PC, edit them and share them on Xbox Live using the GameDVR feature in the Xbox app. In addition, GameDVR is now found in profile section of the app, so you can manage your showcase, captures, uploads, and downloads all in one place. The update also allows players to share game clips and screenshots from Xbox Live directly to Twitter from within the Xbox app.

With the new update, Microsoft has built a database for "top PC games," meaning they will now have their own dedicated Game Hubs on Xbox Live, and players will be able to access them from within the Xbox app. This feature will allow players to follow games, receive updates directly from developers, and see news and content relating to that game all in one place. It will also enable players to share game clips and screenshots directly to Xbox Live, and comment, like, and share clips and screenshots shared by other players.

Note: Microsoft didn’t officially announce the new Xbox app update, so the all the information shared above comes from Xbox Wire, which detailed these new features last month. The changelog comes directly from the update notice that pops up when you open the app on Windows 10 PC. You can download Xbox app from the Windows Store. Thanks WindowsCentral for the tip.