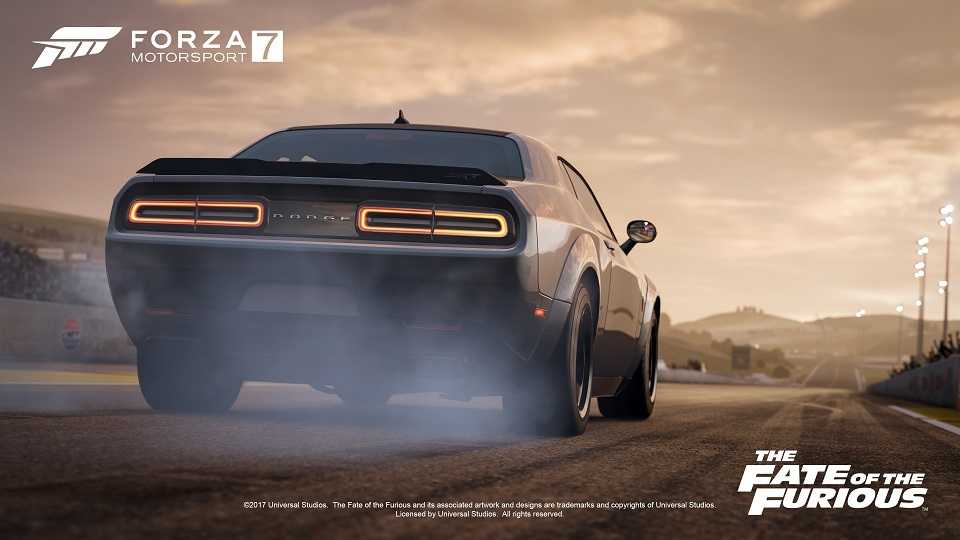 Turn 10 Studios announced that its collaboration with Universal Studios is still not over. For this reason, Forza Motorsport 7 will get a downloadable content themed after Fate of the Furious, the movie known as Fast and Furious 8 in various parts of the world.

According to the developer, this downloadable content will include 10 vehicles inspired by the latest release of the Universal franchise. Please note that this car package will be free for all owners of the Ultimate or Deluxe edition of Forza 7, while the rest of the players will be able to purchase it in exchange for $9.99 USD.

As we have mentioned before, this is not the first time Universal and Turn 10 have collaborated to bring Fast and Furious vehicles to the world of video games. What we are referring to is that Forza Horizon 2 had a standalone expansion that featured vehicles and stories based on the film franchise.

In other news, the Forza Motorsport 7 demo has been available on Xbox One and Windows 10 since last week. Also, remember that the game will have a total file size of 95 GB during its launch. The disc will include 45 GB, so the rest will be available for download for free.

Forza Motorsport 7 will debut on October 3 on Xbox One and Windows 10. Check out the trailer of Fate of the Furious DLC pack for Forza 7 below.