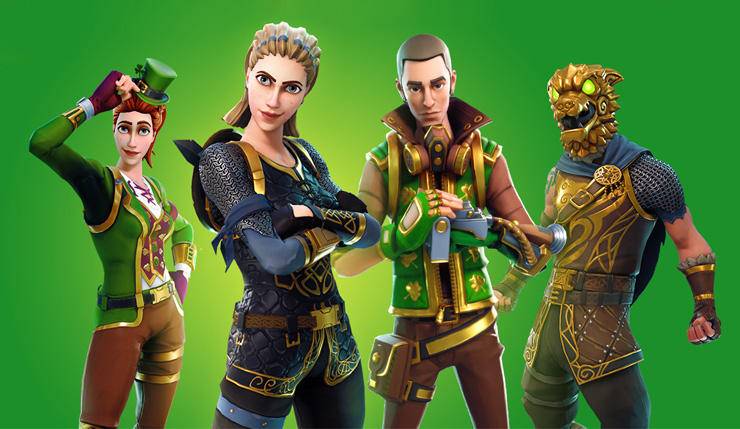 After a short delay, Fortnite Update 3.3 is here! The latest free patch adds the Remote Explosives weapon, limited-time Blitz Mode, and Supply Llamas to Fortnite Battle Royale. The Supply Llamas work a bit differently than the Llamas in the original Fortnite – these ones are scattered around the map in out-of-the-way locations, and reward those who find them with some nice loot. You can get a quick look at the new Remote Explosives in the trailer, below.

Fortnite’s original “Save the World” mode is also getting some stuff, including the new St. Patrick’s themed Luck of the Storm questline, which promises to let players “uncover treacherous treasures, track mythical creatures, and brave springtime shenanigans.” We’re also getting the Shamrock Reclaimer class, who should net you even more loot than usual!

Also of note, Fortnite has quietly switched on Xbox One crossplay! Those playing on Microsoft’s console will now be able to face off against those on PC, Mac, and iOS. Of course, Xbox One/PS4 crossplay still isn’t available – don’t expect that any time soon.

Limited Time Mode: Blitz (This mode will be enabled on 3/19):

And here are the Fortnite Save the World notes:

Quest rewards include an Epic Leprechaun Survivor + your choice of one of three Legendary St. Patrick’s themed Heroes:

These caps are now at or above the caps present at launch:

Fortnite is currently available on PC, Mac, Xbox One, and PS4. Fortnite Battle Royale will also be coming to iOS and Android, soon.