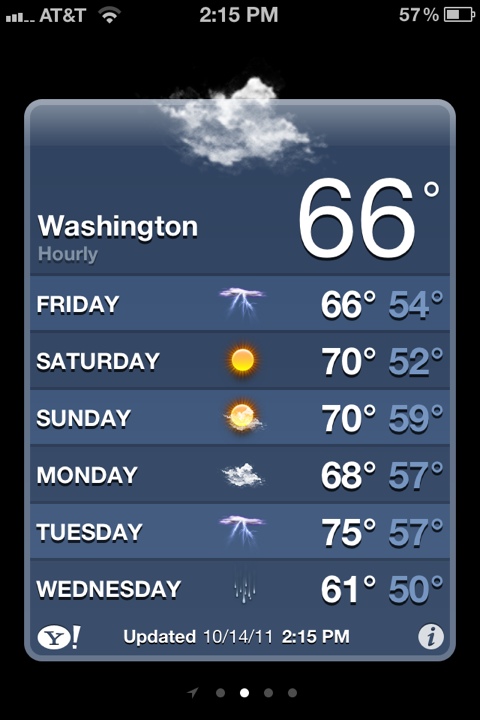 A number of issues were reported after evasi0n untethered jailbreak was released. Cydia servers were hammered by the increased load of newly jailbroken iPhone 5, iPad mini, iPad 4 and other devices. Some users have also reported issues with the App Store. Perhaps the most common one is the Weather app crash issue. Evad3rds dev team has said that they are working on a fix which will be released in Cydia soon, but for those who can't wait, here's a guide on how to manually fix Weather app crash issue on an iOS device jailbroken untethered on iOS 6.1 or 6.0. Please be sure to back up your device before proceeding and remember, you're doing this procedure on your own consent.

Note: While this procedure will not likely harm your device in any way, please be certain that no one else will accept the responsibility in the event of something happening to your iOS device. If you're uncertain about running a script on your device through MobileTerminal, kindly wait until the official fix is made available in Cydia.

Step 1: Download MobileTerminal and OpenSSH from Cydia. Both of them are available for download absolutely free from the BigBOss repository.

Step 2: You need to open this guide on whichever device you're doing the procedure on, because the script pasted below needs to be copied.

Step 3: After you have copied the script, launch the MobileTerminal app. It will be located on your Home screen. When it opens, type in: [su root] without the brackets. MobileTerminal will ask you for SSH password which by default is [alpine], again without brackets.

Step 4: In the bottom right hand corner there's a little information icon, in the shape of the alphabet i. Tap on it. From the menu that comes up, tap on Shortcut Menu. Now tap on the "+" icon in the top right hand corner.

Step 5: You may name this shortcut anything. Down below in the Shortcut Action box paste the script that you have previously copied from this guide. Tap on Done when the script has been pasted.

Step 6: In the bottom left hand side corner there's a little blue arrow. Tap on it and select the shortcut that you have just created. Now sit back and let MobileTerminal do its thing. The script will automatically be read and your device will restart after a few moments. Do not do anything in between.

Once your devices comes back on, the Weather app crash issue should be fixed. Many iPhone 4S users are reporting that this does not work for them, despite the fact that this script was made by noneother than @pod2g himself. You can try this out on your supported iOS device, hopefully it will get the job done. If not, bear in mind that evad3rs are going to release a proper fix in Cydia soon.

Update: Planetbeing has tweeted that the official fix for Weather app crash issue has now been released on Cydia. Its in the form of two package updates, you'll automatically be notified about them once you launch Cydia. Do keep in mind that AppSync is thought to be the reason behind this issue, if you have it installed remove it, then install these updates and reboot your device. It should fix the issue once and for all.

If you face any problems, or would like clarification of any particular step, don't hesitate to leave a comment down below.

iOS 6.0.x Untethered Jailbreak For iPhone 5 ETC Release Is Near