Before you start the jailbreaking your iPhone 5 and other iOS devices untethered on iOS 6.1 here are a few things which you should know about Evasi0n jailbreaking tool.

Evasi0n Untethered Jailbreak tool will work on the following devices:

We highly recommend all jailbreakers to updated their iOS device to latest iOS version which is iOS 6.1. Please back-up your iOS device before attempting to jailbrekaing it using Evasi0n (in case anything goes wrong you can always restore your device and its setting from the backup).

Now, let's cut to the chase. Follow the guide below in order to jailbreak your device.

How To Apply The Evasi0n Jailbreak On Your Device

Step 1: First off, make sure you have download evasi0n for your computer using the links provided above. Save it somewhere you can easily access it, preferably the desktop.

Step 2: If you have a lockscreen password set on your device, please disable it before proceeding.

Step 3: Now, right click on the Evasi0n executable and choose "Run As Administrator." 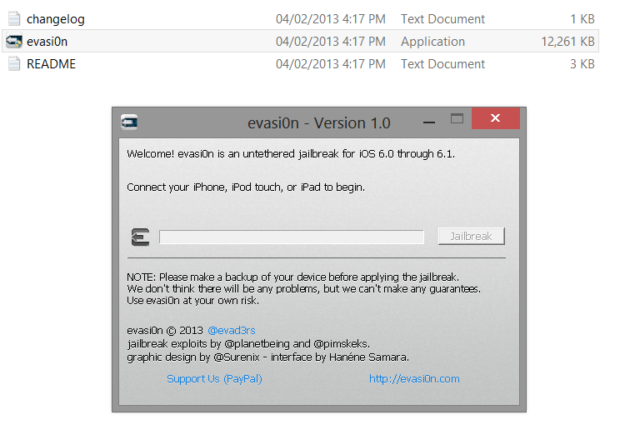 Step 4: Connect your device to your computer. iTunes is probably going to start up; make sure you quit it before proceeding.
Step 5: You should now be able to click the jailbreak button on evasi0n. Click it and let the jailbreak proceed. Do not touch your device until prompted by the utility. 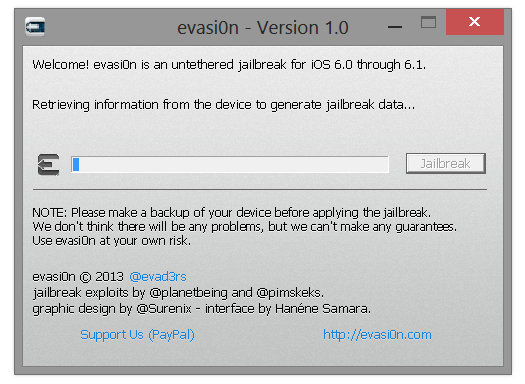 Step 6: You will now be prompted to unlock your device and tap on the evasi0n app icon on your homescreen. Do so and let the jailbreak continue. 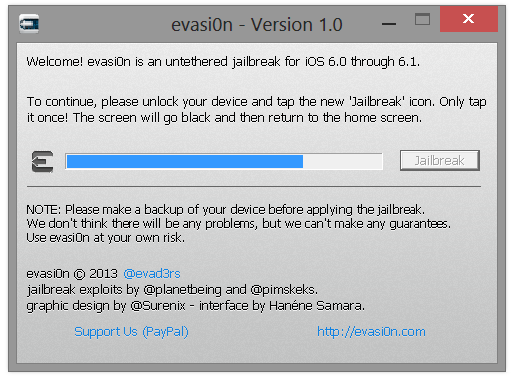 Step 7: Voila! You have successfully jailbroken your iDevice. You may hit exit and fire up Cydia. 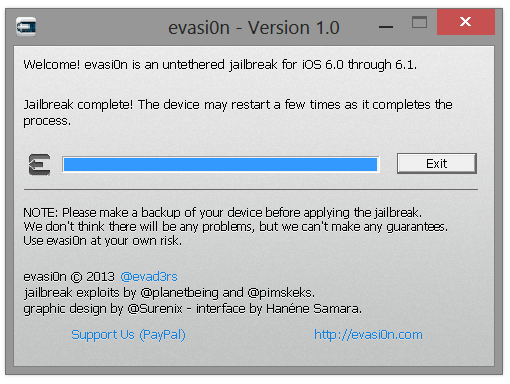 If you have any questions about the jailbreak, just leave a comment on the post and we will reply.