Here’s How To Stop App Icons From Disappearing – iOS 8.3 Jailbreak

As impressive as TaiG's jailbreak of iOS 8.3 was, it came with its fair share of errors. We saw the initial version of the tool show users several errors that caused the process to get stuck at several times during the jailbreak, and there was even one error which caused you to download a different version of iTunes altogether. But Team TaiG was quick to launch an update for its tool which ended up solving majority of these for users. That doesn't mean there aren't more errors, and if you've been seeing your icons disappear after the jailbreak process, we have just the fix for you today. 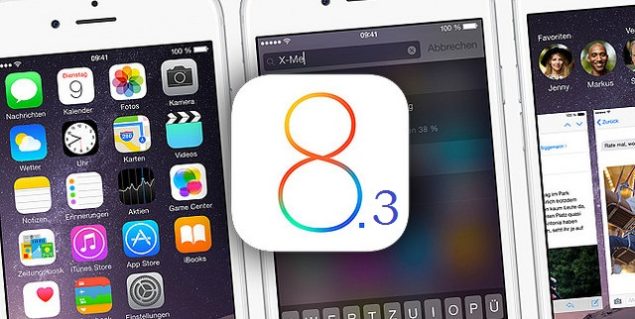 Even after TaiG 2.1.2 was released, several users reported their app icons disappearing out of the blue when iOS 8.3 was jailbroken. But Saurik has been hard at work to make this problem go away, and a fix is now available to prevent this from happening. A fix for this issue has been released for the public. To fix this issue on your device, you're going to need to update UIToolkit on Cydia. Just launch Cydia, open up changes and refresh the list. This will show you the updated list of repositories.

Search for UIToolkit and simply upgrade to the latest version. Or, if you think doing all of this is too much of a hassle, then simply update Cydia once you're prompted through 'Essential Upgrade'. The complete changelog for UIToolkit's update reads as follows:

This fixes the issue with TaiG jailbreak where sometimes all of your icons would disappear and you would be sad.

(UIKitTools continues to be compatible with all previous versions of iOS.)

So that's it folks. This should completely stop your app icons from disappearing after you've jailbroken iOS 8.3. We'd expect the process to become more smooth over the coming days as Cydia and TaiG both get their periodic updates. All eyes now on Apple's iOS 9, which should be here in a short while as well. Stay tuned, and let us know what you think in the comments section below.

Download Tweaks’ DEB Files Directly from Cydia – How to

Pinch To Unlock Makes Unlocking Your iDevice A Breeze

SwipeAway; Make All Your Background Apps Dissapear In A Flash