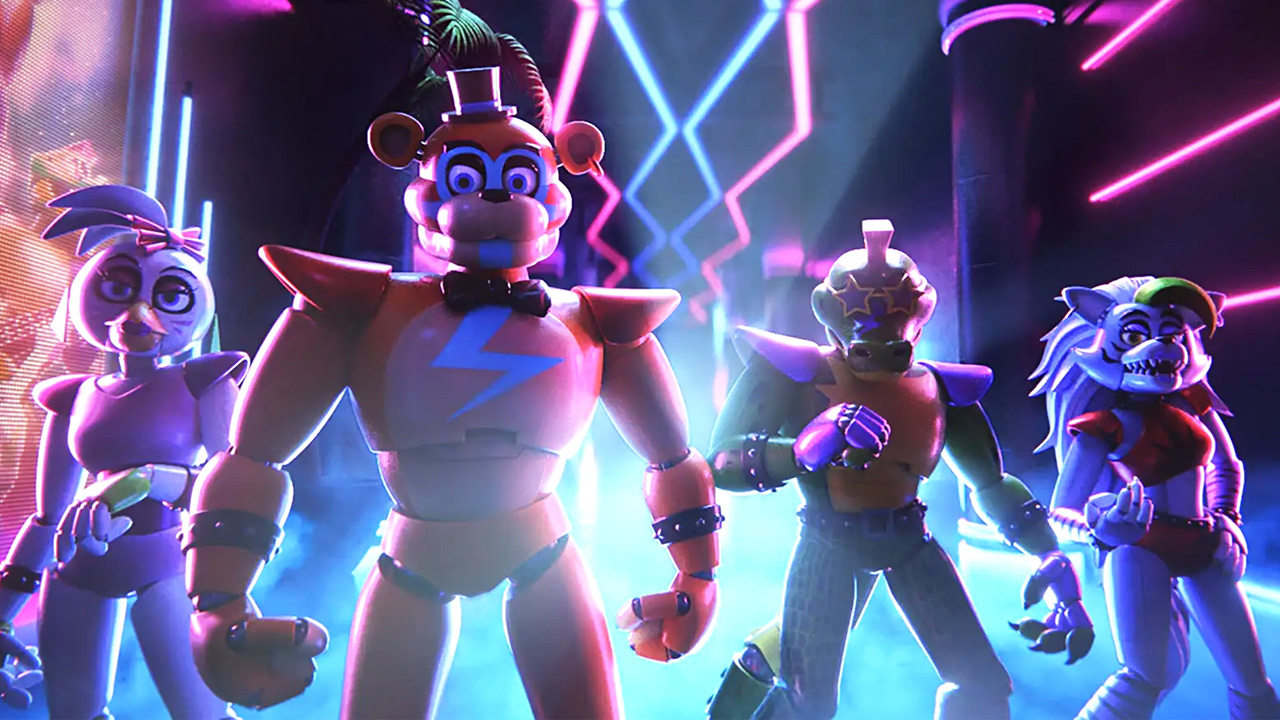 The Five Nights at Freddy’s games have certainly been successful and fun in their own right, but most of them haven’t been terribly ambitious. They’re simple games meant to elicit a few jump scares and not much more. The upcoming Five Nights at Freddy’s: Security Breach may shake things up, as its developers have promised a more ambitious design and visuals, including the use of ray-tracing on PC and PS5.

Of course, promises don’t matter much without some proof – thankfully, the first significant gameplay trailer for FNAF: Security Breach has dropped, and it’s looking… surprisingly legit. The game almost looks like a first-person, kid-friendly Resident Evil, which isn’t something I expected to type. You can check out the trailer for yourself, below.

Here’s a bit more detail on what to expect from Five Nights at Freddy’s: Security Breach, courtesy of the game’s producer Ray McCaffrey…

The animatronics Roxy, Chica, and Monty have been enlisted by Pizzaplex security to hunt you, and their pursuit is a relentless one. Strategizing how you’ll get past enemies is paramount to avoid those actively pursuing you, as well as more passive S.T.A.F.F. bots that will sound the alarm and call the animatronics to your location if they spot you. In the event you’re detected, run to escape the immediate danger quickly, but running is limited to the amount of stamina you’ve got, so use it wisely. The animatronics also evolve as the night progresses, which means you’ll need to adapt if you want to survive.

Freddy Fazbear himself is your most dependable ally, acting as a guide and protector through the Pizzaplex, giving you shortcuts, insider tips, and warnings about the challenges you’ll face. You can also hop inside Freddy’s oversized birthday-cake-hatch, allowing you to hide and march around undetected. You will need to be thoughtful about how and when you use Freddy because he’s only got so much power and requires frequent stops at recharge stations.

The Tools to Survive

The Pizzaplex is vast, and while that means more S.T.A.F.F bots required for upkeep, it also means there’s no shortage of hiding spots to pop into for a speedy evasion. It also means a ton of security cameras that you can access on your Fazwatch, allowing you to plan your path. You can also knock over different objects like paint cans and toys to draw the enemy’s attention – you will have to slip away before they get to your location, though, so make sure the distraction is worth the risk.

Some weapons can stun enemies – the Faz Cam and Fazblaster. The Faz Cam acts as an immediate stun for the entire area in front of you, staggering attackers just long enough to escape. Unfortunately, it has a limited number of uses before requiring a recharge. The Fazblaster has unlimited ammo, but you’ll need to land a direct headshot for it to work, which is not so easy when an animatronic alligator has practically leaped on top of you.

Five Nights at Freddy’s: Security Breach launches on PC, PS4, and PS5 on December 16. The game will arrive on other platforms a few months later.