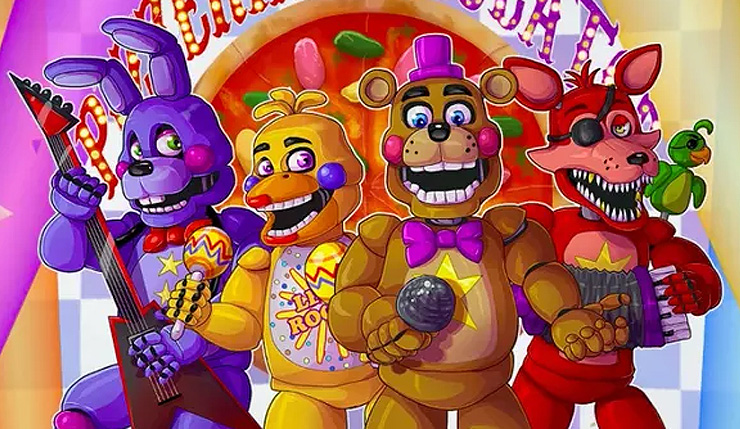 It’s been some time since our last encounter with Freddy Fazbear and his jump-scare-dispensing mechanical menagerie. The shockingly-popular Five Nights at Freddy’s games used to arrive like clockwork every three or four months, but it’s been over a year since the release of the series’ last entry, Five Nights at Freddy's: Sister Location. Is the animatronic nightmare finally over?

Haha, nope. FNaF has returned to Steam with Freddy Fazbear’s Pizzeria Simulator, which, at first glance, appears to be little more than an old-school arcade game ala the classic Root Beer Tapper. Here’s how series-creator Scott Cawthon describes the game:

“Presenting a fun Five Nights at Freddy’s adventure with a lighter touch for the holidays, Freddy Fazbear's Pizzeria Simulator puts you in charge of developing your own restaurant! Design pizzas, feed kids, and get high scores!”

Gee whiz, sounds fun, but is there more to the game than meets the eye? Of course, there is.

Warning: The rest of this post doesn’t contain specific story spoilers, but it does discuss the true nature of Freddy Fazbear’s Pizzeria Simulator. If want to be surprised, turn back now.

After playing through a few rounds of Pizzeria Simulator’s arcade game and surpassing a specific challenge, there will be a “glitch,” which unlocks the real meat of the game -- a full creepy animatronic kids’ restaurant management sim! Buy decorations, decide where to put them, manage your money and supplies, and decide whether you want to salvage the menacing animatronic animals that have mysteriously appeared in the alley behind the restaurant. Going to go out on a limb and say that might be a bad idea. 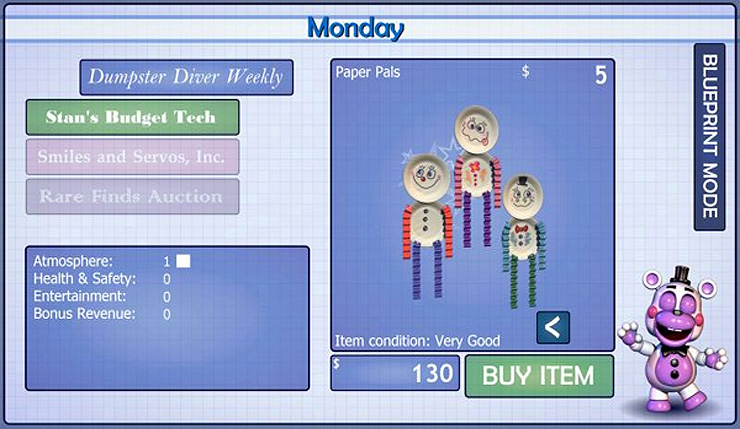 So, yes, Freddy Fazbear’s Pizzeria Simulator starts as a simple arcade game, turns into a business sim, then morphs into a more traditional FNaF horror experience. Pretty clever. If only more series took the same risky, inventive approach to sequels. 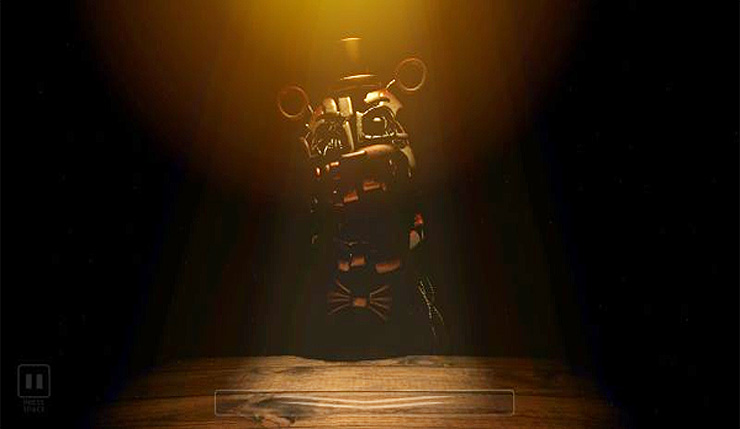 Freddy Fazbear’s Pizzeria Simulator is currently only available on PC, although, like most entries in the series, it should hit iOS and Android within the next couple months.