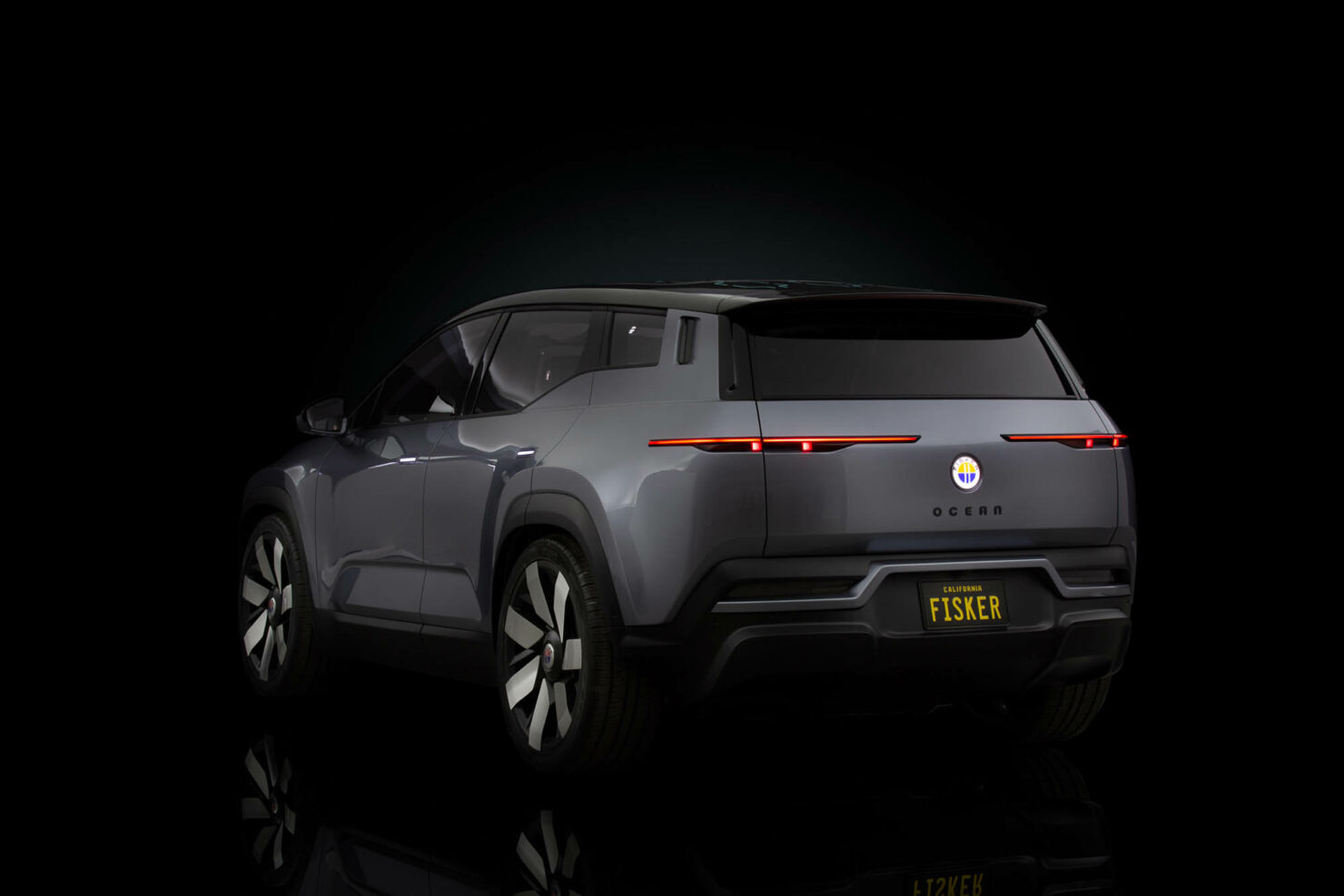 Fisker Inc. has been on the radar of investors lately as it negotiates a merger deal with Spartan Energy (NYSE:SPAQ). Should this merger achieve closure, the company will benefit from a cash infusion of $1 billion, sufficient to bring the all-electric Fisker Ocean to the market by 2022.

According to the company, the Fisker Ocean will be the world’s most sustainable automobile, offering an all-electric range of 250 – 300 miles and a vegan interior constructed from recycled materials. Fisker claims on its website that the Ocean SUV will offer the following features:

“The Fisker Ocean will be offered in a four-wheel-drive configuration on all trims except for the base model (Rear wheel drive) – reflecting the vehicle’s off-road capabilities. The standard four-wheel drive configuration will deliver an output of more than 225 kilowatts (more than 300 horsepower), with an ultra-high-performance version targeting zero-to-60 mph in less than three seconds (total power output to be announced in 2021).”

In a smart move meant to cut costs and maximize efficiency, Fisker has announced that it will partner with other automakers to manufacture and assemble key Ocean EV components. So far, however, these production partners have not been finalized.

This brings us to the crux of the matter. Henrik Fisker, the Chairman and CEO of Fisker Inc., announced via a tweet on the 22nd of July that the company would reveal the quantum of reservations that the Ocean SUV has garnered to date on the 30th of July:

Well, the numbers were released just moments ago and they are encouraging. According to Fisker, the company has garnered over 30,000 registered users to date. It should be noted though that the company had recorded 22,000 expressions of interest for the Ocean EV by April.

The Fisker Fam is now a community of 30,000+ registered users in 30 countries, with over 7,000 advanced reservations for the Fisker Ocean. Thanks for joining us on this journey & here’s to a Clean Future for All.#fisker #electricvehicles #spaq pic.twitter.com/fdkzorVVKK

Apart from the reservation numbers for the Ocean EV, Fisker has also announced that 3 additional EVs will be brought to the market from 2023 onwards.

While the Fisker Ocean’s reservation numbers do signify a healthy quantum of interest, investors are now likely to turn their attention to the ongoing merger process between Fisker and Spartan Energy – a Special Purpose Acquisition Company (SPAC). As we’ve explained before, a SPAC is formed for the sole purpose of raising capital through an IPO and then to channel these IPO proceeds into acquiring an existing company. The agreement is expected to achieve closure in the fourth quarter of 2020 and will likely be worth $2.9 billion, including $500 million in PIPE investment. As a refresher, a Private Investment in Public Equity (PIPE) is the purchase of shares of publicly traded stock at a discount to the current market price by institutional investors. The mechanism aims to reward these investors for providing an infusion of liquidity.

To this end, Spartan Energy filed a Definitive Proxy Statement (DEF 14A) on the 23rd of July with the U.S. SEC followed by an amended Proxy Statement (DEFA 14A) on the 28th of July. As per the filing on the 28th of July, existing shareholders of Spartan Energy have been invited to a special meeting on the 3rd of August to vote on amending the SPAC’s charter. This amendment will extend “the date by which the Company has to consummate a business combination for an additional six months, from August 14, 2020 to February 14, 2021”.

The move makes sense as Fisker’s merger with Spartan Energy will not, in all likelihood, be able to conclude by the existing 14th of August deadline. If the proposal is not approved, the filing states the following course of action will be adopted:

“If the Charter Amendment proposal is not approved at the special meeting or any adjournment or postponement thereof and we do not consummate a business combination by August 14, 2020, as contemplated by our initial public offering prospectus and in accordance with our charter, we will (i) cease all operations except for the purpose of winding up, (ii) as promptly as reasonably possible but not more than ten business days thereafter, redeem the shares of our Class A common stock sold as part of the units in our IPO, at a per-share price, payable in cash, equal to the aggregate amount then on deposit in the trust account established for the benefit of the holders of our public shares…”

In a crucial caveat, the filing notes:

“The holders of the public shares may elect to redeem their shares for their pro rata portion of the funds available in the trust account in connection with the Charter Amendment regardless as to whether or how such public stockholders vote with respect to the Charter Amendment.”

This means that Spartan Energy shareholders will be able to redeem their shares without any consideration to the charter amendment being approved or rejected, receiving approximately $10.31 per redeemed share. Given the broad implications of the vote, analysts and Fisker enthusiasts are likely to continue following developments on this front very closely.

Reservations for our Fisker Ocean EV kept coming in this weekend & we now have over 31,000 registrations on our App. Check it out and download on : iOS: https://t.co/DyJYxeHAtF
Android: https://t.co/NMVvrnVc7c -#fisker $SPAQ #EVs #App pic.twitter.com/Lq2PMklXN5